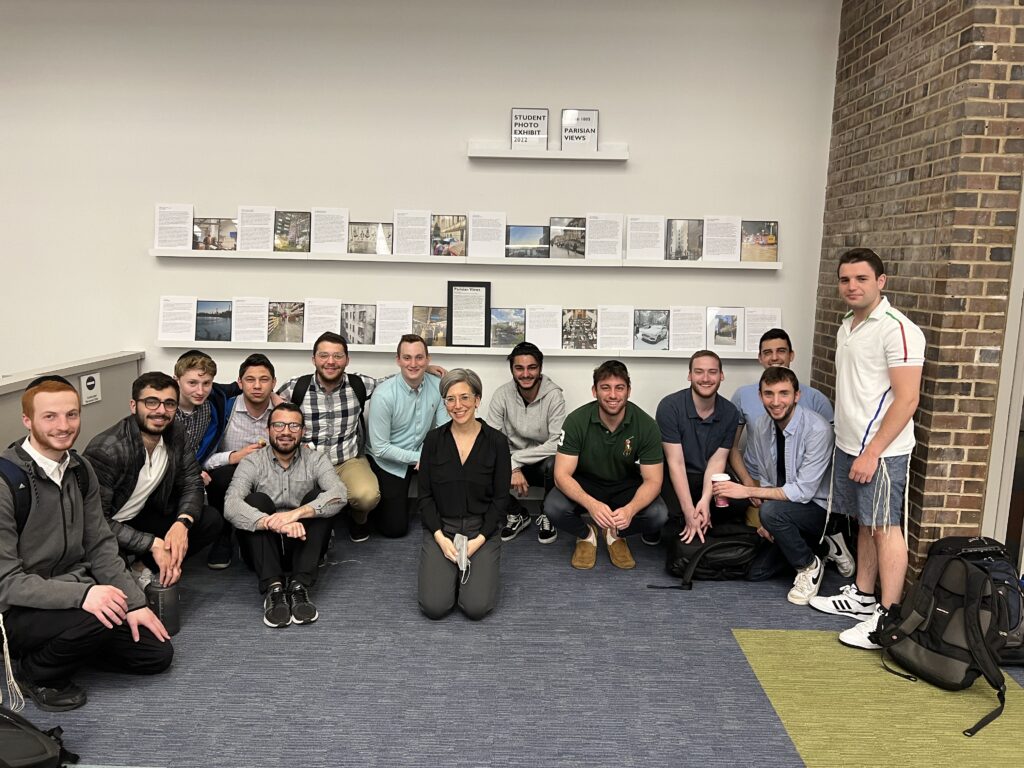 Parisian Views is an interdisciplinary humanities course offered by the English Department under the “Interpreting the Creative” (INTC) rubric. In this class, students learn about new approaches to art and literature from nineteenth-century Paris, when artists began to see the everyday life of their rapidly changing city as fodder for artistic creation. Painters like Manet, Degas, Renoir, Cassatt, and Caillebotte, and writers like Baudelaire, Balzac, Zola, and Colette depicted what they observed around town—on the bustling boulevard, in newly constructed cafés and restaurants, in recently renovated parks, and in the theater. They loved to capture life in motion and were very much influenced by the new technology known as the camera.

In Parisian Views, we treat New York City as a similar source of inspiration as we learn how to become artists of everyday life. With our private What’s App—fondly known as our What’s-App-O-Rama, an homage to the pre-cinematic experience of the panorama and its encompassing views of the city—students tried to see through nineteenth-century eyes to capture the unexpected beauty of Washington Heights and beyond. Some of our classmates discovered New York City’s marvels for the first time, while others found a new perspective on a city that they have long considered home. From traffic and storefronts to street signs and street “furniture” to moments of nature meeting the unforgiving “concrete jungle,” they captured the changing city with a new sense of wonder.

On a personal note, the last time that I taught Parisian Views on this campus was in Spring of 2020, when our urban escapades were cut short by the pandemic. It was a special delight to be able to return to the vibrant energy of pulsing crowds this semester, with an even greater appreciation of the poetry that surrounds us, if only we would stop to notice. I hope you’ll take that moment now.