A Farewell from Rabbi Shmuel Borenstein (’60) Welcome Class of 2018!

As told by Rabbi Hecht at a farewell dinner in his and Rabbi Borenstein’s honor.
As printed in The Academy News

You may recall that several years ago we were visited by a Rosh Yeshiva from Eretz Yisrael who asked each of us—what unique contribution do you bring to the Yeshiva? I replied אני […]

As told by Rabbi Hecht at a farewell dinner in his and Rabbi Borenstein’s honor.
As printed in The Academy News 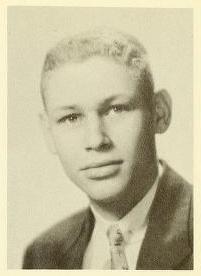 You may recall that several years ago we were visited by a Rosh Yeshiva from Eretz Yisrael who asked each of us—what unique contribution do you bring to the Yeshiva? I replied אני גשר. I’m a bridge. I didn’t elaborate then and I am not sure he knew what I meant, but I will elaborate to you, because I think it’s very important.

I remember well my first visit to this building – it was in the spring of 1952 I was an 8th grader in Salanter (the S in SAR) coming for our entrance Bechina. Our Rebbe took us. We loved him, despite the fact that he barely spoke English and most of us didn’t speak Yiddish very well. He was a “Mirrer” who spent the war years in Shanghai. His name Rav Gershon Yankelovitz. (Yes the same Rav Yankelovitz still presently on the faculty of RIETS). He ushered us into a room on this floor, presently occupied by Dr. Seth Taylor. An elderly man, with a nicotine stained wispy beard sat behind the desk, a carton of Camel cigarettes to his right, the “Bochen”.

We vaguely knew he was important because of the respect Rav Yankelovitz had for him. His name was Rav Mendel Saks, the Chofetz Chaim’s son-in-law. It might be apocryphal, but I had heard years later that the final redaction of the Mishna Brora was done by Rav Mendel at that very desk, in that very room in this very building. Our Talmidim should know that. Perhaps the most important Sefer of the 20th century and one that I am confident will be studied a thousand years from now might have been completed in this building. I was told by a former Rebbe of mine in YU, Rav Yerucham Gorelick, one of the Brisker Rav’s closest talmidim that Rav Mendel was a Baki in Yerusalmi and knew every Ramban on Chumash virtually by heart. Can you imagine a Gadol Hador giving Bechinos to 13 year old kids? It says much about how that generation of immigrants struggled to survive.

I would like to speak about another Bechina of mine with Rav Mendel almost a decade later because it reflects both my own Derech Halimud and, far more important, Rav Mendel’s. I was then a semicha student and the procedure was that two or three students would spend an hour or so talking with him in learning. There was a difficult Rashi, with a famous Brisker analysis. Rav Mendel started to discuss the Sugya with me and I was ready with the Torah. I started to raise the difficulty in the Rashi – and he said “nein lez der rashi – read the rashi”- I quickly read and again he said “lez der Rashi” before I could impress him with the Torah. When the same give and take occurred a third time I realized I was in trouble and I reread the Rashi very slowly putting a comma in a different place. He smiled and said “Nu Vas sagt Rav Velvel” – and I sheepishly replied “yetz dart min night Rav Velvel.” He was a Melamed par excellence, he knew all the yeshivishe Torah but first and foremost he was a “pashtan.” He was meticulous with the text. The truth is so was the Rav, but this creativity made it easy to overlook his concentration on the text. It is not accidental that the Rav loved the Baal Hamaor and Ramban on the Rif. The words of the Ramban are so cryptic that the Rav could say about a chidush es ligt in the words of the Ramban. 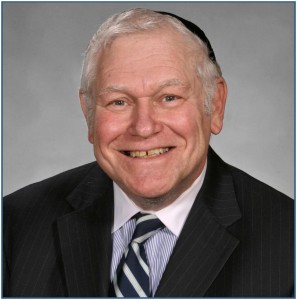 When I first began teaching I had a very bright freshman class and fresh from the Kolel I would say over the Rav’s Torah. It’s very tempting – bright kids can spit back on a bechina the most complicated stuff, but they don’t appreciate it. But after a brief period I remember saying to myself – come on who are you fooling; you’re just showing off, I’m also a “Lamdan”. Rabosai, in high school we are “Melamdim”, not Roshei Yeshiva. Avoid the temptation teach your students how to read a Rashi, a Tosfos, a Rosh, a Rashba. Years ago I had to speak in KBY as a dean in YC and I was introduced by one of their most respected “Ramim,” as the person who taught him how to read and analyze a Rishon. Rabbi Taubes, also a former talmid always made the same point the first time he came to the shiur each year.

Back to my role as a bridge – We don’t hear much any longer at the Yeshiva the name Dr.Samuel Belkin. He was a remarkable human being who came to the US as a 17 year old Yeshiva bochur, granted that he was known as the Slonimer illui, and by the age of 33 had received a PhD from Brown University, was a professor of Greek at Yeshiva College, a beloved Rosh Yeshiva and was appointed the president of YU. He did not have an easy personal life; his first wife was not well and he didn’t have much nachas from his children. He was a visionary, a dreamer, a courtly European gentleman, an extraordinary people person. He lived for the Yeshiva and its talmidim. The whole academic world tried to get Albert Einstein to allow his name to be used and only Dr. Belkin succeeded. AECOM was started not as a source of income for YU but as a place where an orthodox Jew could become a doctor. We don’t have the time for more than one personal story but it shows how much things remain the same. I was teaching part time while still in the Kolel when I was approached by Mr. Abrams the administrator of RIETS that the Rav had suggested my name to Dr. Belkin as a promising Mechanech and he wanted to meet with me. I felt I had to meet with him out of respect but I was going to refuse since my life-long expectation was that I would go to law school. I went to see him and he was so charming and he said to me you are married with a baby how are you going to support yourself? I answered my wife is working, I’ll teach in a Talmud Torah. “So teaching in a Talmud Torah is better than saying a shiur in yeshivas Rabbeinu Yitzchak Elchanan after Rav Yosher Ber suggested you for it. Finally I consent and he says O.K. and your salary will be $4,000. For the one and only time with all the different positions I have had at YU I discussed salary. I said, “Rebbe now I’m getting $2,500 for the Kollel and $2,000 for the part-time teaching, YOSHER! He thought for a moment and said “gerecht” and “you’re right $4,500 it is.” “But don’t tell anybody.” Remarkable that the president is so involved.

It is clear that the focus of my remarks today is my role as a bridge between generations with the emphasis on personalities and yet I have only mentioned the Rav tangentially. Although I have much to say, great stories –the Rav in the Yichud Room with me on my wedding day as we wait for the Chupah, (Rabbi Tani Cohen knows it), the aftermath of the Rav’s famous ghosts speech after the charter change, which separated RIETS from the University and which resulted in a 5 member committee , chaired by the Rav, with Rav Aharon Lichtenstein and Yehuda Parnes representing college Rebbeim and myself and I think one other HS Rebbe representing the high school. These stories would be very interesting, but unnecessary. All of you speak enough about the Rav. I would just add that during the week of the yahrtzeit drasha the excitement and electricity on campus was awe inspiring. People would come to the campus from Boston and Bnei Brak, Baltimore and Yerushalayim, and, yes, Borough Park, Flatbush and Monsey – all for a three hour speech that felt like 30 minutes. Standing room only in Lamport, balcony included, the aisles jammed as if it were the NYC subway during rush hour.

Let me close with one last vignette. One morning I was on the 11 bus going to the Yeshiva when Rav Noach Borenstein alav hashalom sat down next to me and asks “vas vet zein mit mein Shmuel” –  what will be of my son Shmuel – “er shpielt bashkitball a gantze tag” – he plays basketball a whole day. And I said to him, “Don’t worry, he doesn’t play that much and he learns very well.” (By the way he was a very good ball player, rough under the boards, maybe even occasionally dirty). How did he turn out? He’s a very fine Talmid Chochum, thinks clearly with tremendous Yedios, a trade with outstanding middos. There is a chassidic tradition of the lamed vuvniks, 36 extremely righteous tzadikim whose disarm are mechaper for our Avon’s and allows the kiyum of the world. Shmuel has had yisurin, the fire, his lung problems as a result of that fire, Malka’s health issues and yet never once have I heard him complain. And despite this Shmuel is a very rich man. The respect his children have for him and Malka is very special and very rare.