Aaron Black, 17, seems like a regular senior at MTA. He enjoys spending time with friends, skiing, and watching Patriots football.  And bicycling. Lots and lots of bicycling.  The West Hartford, Connecticut native dorms at MTA, and spends his Erev Shabbos Fridays riding his black carbon fiber Specialized bicycle down the Greenway, the smoothly-paved path […]

Aaron Black, 17, seems like a regular senior at MTA. He enjoys spending time with friends, skiing, and watching Patriots football.  And bicycling. Lots and lots of bicycling.  The West Hartford, Connecticut native dorms at MTA, and spends his Erev Shabbos Fridays riding his black carbon fiber Specialized bicycle down the Greenway, the smoothly-paved path for cyclists and runners that stretches along the West Side Highway from Inwood to the Financial District. But over the summer, Black biked a very different sort of terrain – coast to coast, in fact. 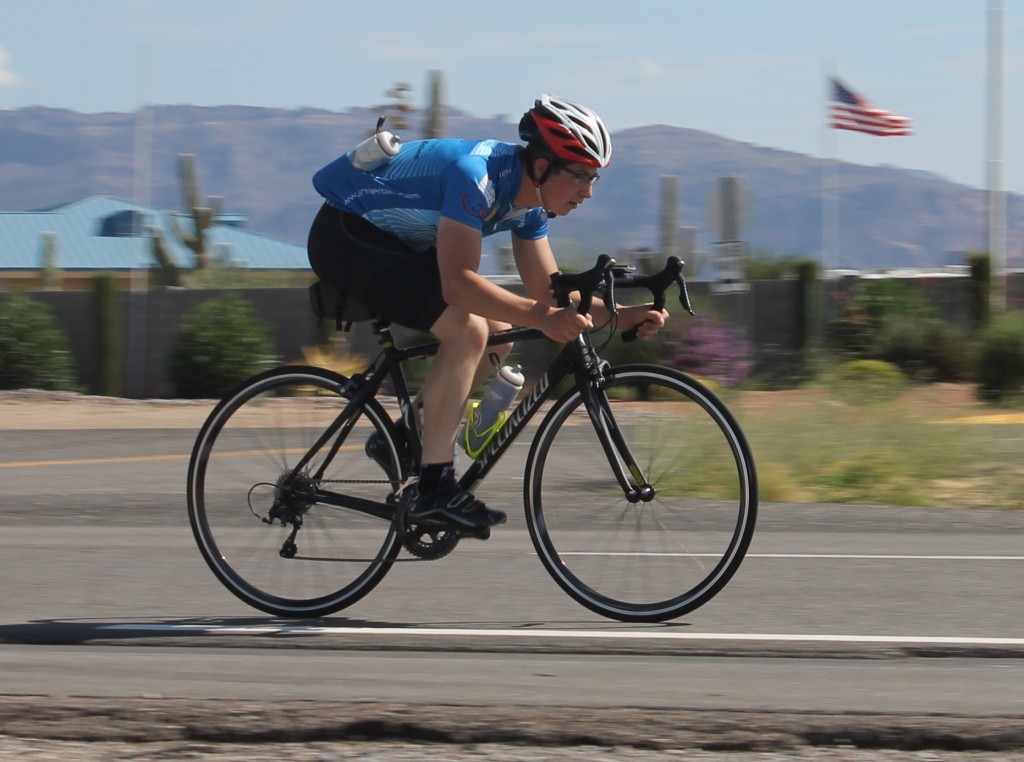 As part of a charity bike ride for the Friendship Circle – an organization that benefits children, teens, and adults with special needs – Aaron began his journey in San Diego, California on July 6th. “The group consisted of seven other cyclists, including my older brother Eli, two support staff, and a bicycle mechanic,” Black said, “we rode every day of the week, except Shabbos, and averaged 95 miles per day. We had six weeks to cover 3,500 miles, so it was definitely a challenge.” The group passed through fourteen states, stopping at various Friendship Circle locations along the way, and meeting children and parents who benefit from the Friendship Circle. Black and his fellow cyclists were also saw incredible swathes of the country, pedaling in the heat of the Arizona desert, above the wild Mississippi river, and through tranquil Pennsylvania Amish country. “I enjoyed the whole thing,” said Black, “but my favorite part was – believe it or not – crossing over the George Washington Bridge, and back into MTA territory.”

The group of riders pedaled back into Brooklyn, New York on August 17th, greeted by cheering family and friends. “It was hard, but it was definitely a worthwhile thing to do for a good cause” Black said. He and his brother had aimed to raise $10,000 for their ride. In the end, they raised $17,000, with all the collected funds supporting the Friendship Circle’s programming and operations. Black’s passion for the cause is evident, and he mentions that one can still donate at bike4friendship.org/teamblack.  “Along the way, I met the children and parents whom we help,” he said, “and it really made the experience incredibly powerful.”

Aaron’s goals for the year are a little more modest than biking across America.  He plans to apply for Yeshivot in Israel, and is looking at various universities. He’s not yet sure if he’ll participate in the Shalva Marathon in Jerusalem, or the Chai Lifeline Marathon in Miami – popular objectives for MTA students – but plans to do more bike races in the near future. Asked how he plans to travel home for the Chagim in October, Black smiles. “I think I’ll ride with my brother again. In the car.”