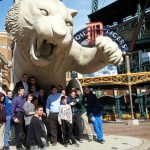 BMK Journeys to Detroit and Canada

A couple of weeks ago, Rabbi Tanchum Cohen’s 12th grade Wruble Beis Medrash Katan shiur took a trip to Detroit, Michigan and Windsor, Ontario for a weekend in conjunction with NCSY. The trip started with a bus ride from MTA to Newark Airport on Wednesday afternoon, where the MTA students […] 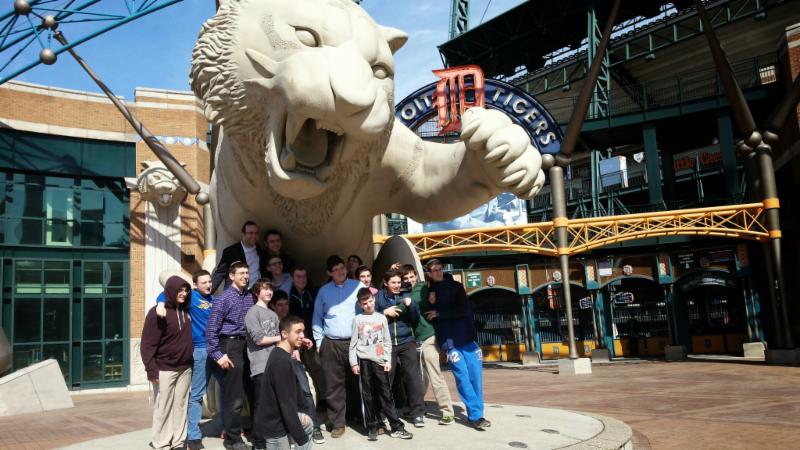 A couple of weeks ago, Rabbi Tanchum Cohen’s 12th grade Wruble Beis Medrash Katan shiur took a trip to Detroit, Michigan and Windsor, Ontario for a weekend in conjunction with NCSY. The trip started with a bus ride from MTA to Newark Airport on Wednesday afternoon, where the MTA students met up with three NCSY high schoolers. Two NCSY rabbis also came along on the trip to help out both Rabbi Cohen and MTA Director of Student Activities Rabbi Jon Green. The students were also joined by Mr. Gershon Distenfeld of Bergenfield, NJ, and two of Rabbi Cohen’s children.

The plane took off and Rabbi Green kicked off the mission with a team building exercise. Upon landing, the group went to the hotel in Detroit where everyone settled in and prepared for the exciting day that would follow. After a long evening, which included hanging out and “shmoozing” with Rabbi Cohen and an extended trip to Walmart, the team went to sleep. 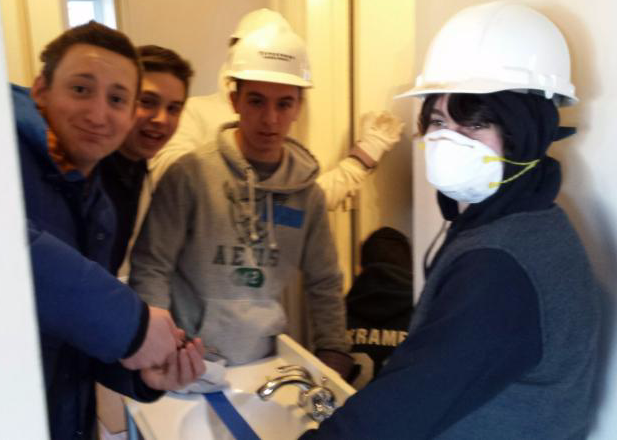 The next morning, everyone woke up early to daven and, after a quick Dunkin Donuts breakfast, they were off to “break a house” – as part of a cleanup chesed project. The boys spent hours taking apart floors and ripping through bathrooms. The sun started going down as “BMK on Wings” left their destruction zone and headed to Skyzone, an indoor trampoline sports facility. After that, they attended Mishmar at Akiva High School and learned with the students about Hilchos Pesach. Finally, they played some ball and then returned to the hotel for some late nightcholent and a kumsitz.

The next day, the boys finished up their job destroying the house and were then off to Canada for Shabbos in Windsor. The Shabbos experience was incredible as the group tripled the size of the minyan for the Shabbos davenings. Lots of singing and dancing helped complete a Shabbos which was simply incredible. OnMotzaei Shabbos, the group went 5 pin bowling and then grilled up hot dogs and hamburgers for a midnight Melaveh Malkah. 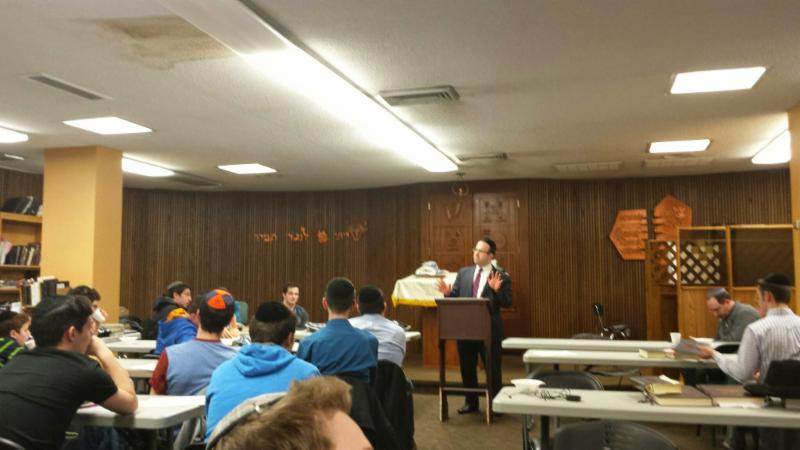 On Sunday, the group went back over the border to the USA and enjoyed a tour of Rabbi Green’s old Detroit neighborhood. After seeing Rabbi Green’s old house from the outside, the boys went to do chesed in a local food packaging storehouse. The trip ended off in downtown Detroit where the group enjoyed viewing Comerica Park, home of the Detroit Tigers baseball club, and playing frisbee.

The group then sat down under a replica of the Liberty Bell and everyone shared what they gained from the trip. Ir was agreed that everybody enjoyed and gained a lot from this incredible experience.