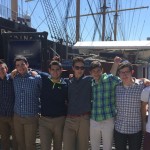 On Wednesday, April 29, Mr. Dobrick’s third period American History class had the privilege to visit some of New York’s most significant and historic sites. Their journey began at Battery Park where they visited the Clinton Castle, which was the first immigration station in the United States, even preceding […] 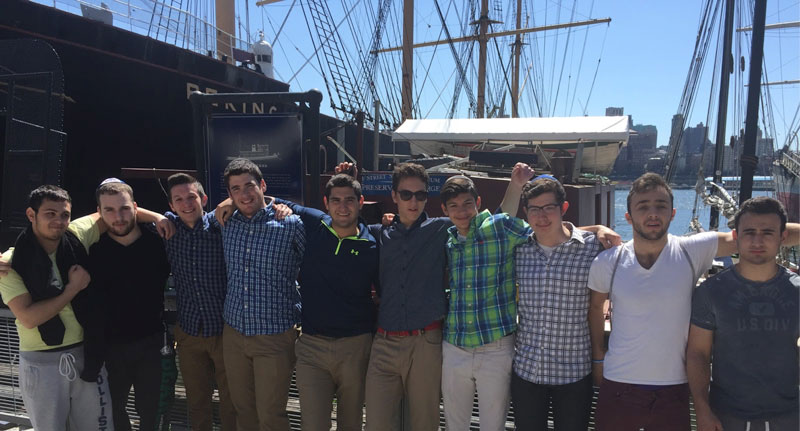 On Wednesday, April 29, Mr. Dobrick’s third period American History class had the privilege to visit some of New York’s most significant and historic sites. Their journey began at Battery Park where they visited the Clinton Castle, which was the first immigration station in the United States, even preceding the famous Ellis Island, which they viewed from there along with beautiful sites of the Statue of Liberty. Mr. Dobrick remarked on the myriad contributions of Jewish people to American Life that could be appreciated in just that one great symbol of American life, from Joseph Pulitzer to Emma Lazarus.

We then went to the South Street Sea Port and learned about New York’s role as the center of world trade, at the foot of two great 19th century merchant vessels. We looked across the Hudson River and examined the shipyards in Elizabeth and Jersey City as we learned about the revolutionary impact of containerization and its role in once again transforming the role of New York City in world commerce.

After a quick Starbuck’s run, the class visited Federal Hall, touring the building where we saw the First Treasury, where the First Congress met, and where George Washington was inaugurated, celebrating New York’s place in history as first capital of the United State of America.

Next on our journey we visited Wall Street, the New York Stock Exchnage, the incredible J.P Morgan building, built in the age of skyscrapers as a two story building on an entire city block like an unassuming private club.  After taking some pictures with the famous Wall Street Bull, we went and had some great kosher food for lunch. 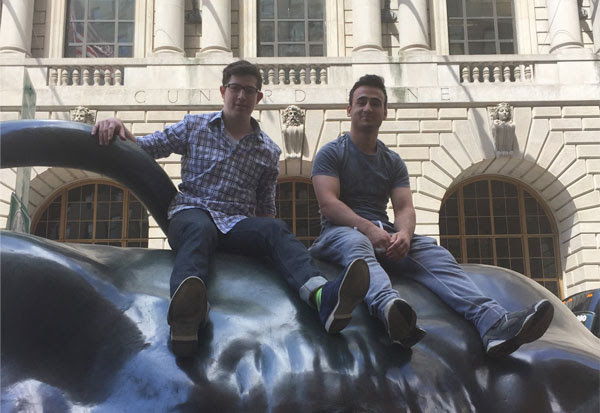 We then ended our trip with a visit to the new One World Trade building and the World Trade Center Memorial. We learned about some of the incredible detailed aspects of the memorial and paid our respect to the great heroes of our city.

Within just a few blocks, Mr. Dobrick showed us the great past and present of New York City, which represented such an important part of the history of the modern world.  We then headed back to our own historic MTA building and davened Minchah, concluding a fantastic trip.

Our thanks to Mr. Dobrick for planning such a great trip and for being our knowledgeable tour guide.