This past Tuesday, the “Meet the Israeli Author” Class at MTA had its last meeting with their Author mentor, Chana Bat Shahar. This is a ‘one of a kind’ Hebrew Language elective, created 5 years ago, by the Director of Hebrew Language, Tova Rosenberg.  Throughout the year, students participate in […] 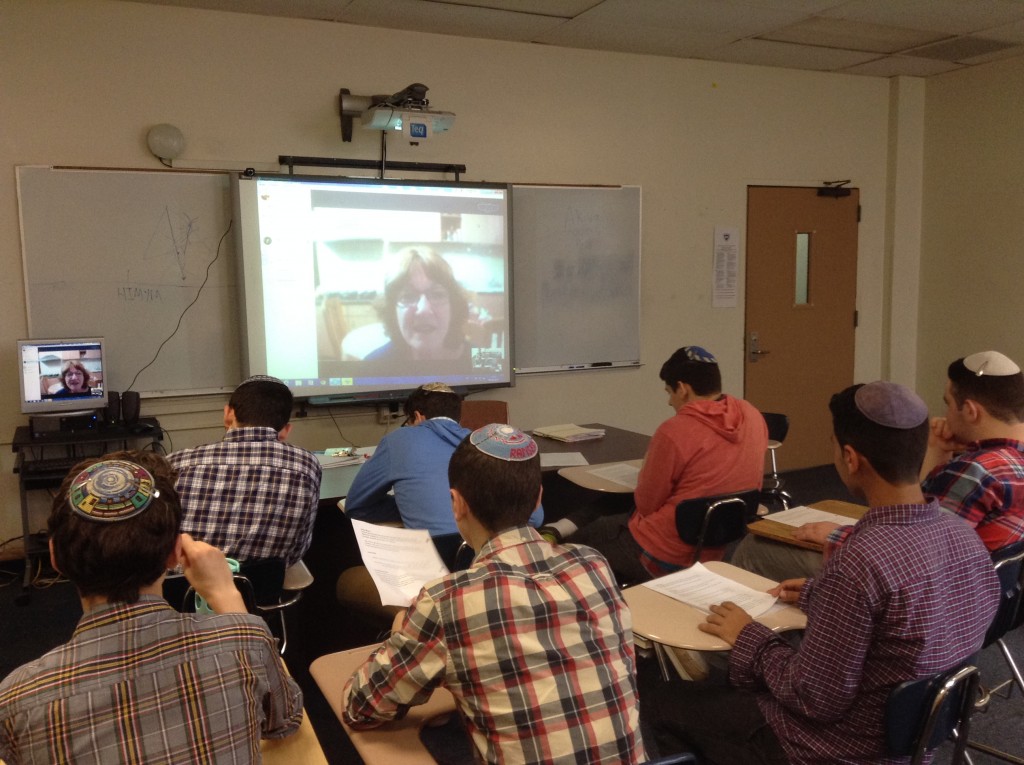 This past Tuesday, the “Meet the Israeli Author” Class at MTA had its last meeting with their Author mentor, Chana Bat Shahar. This is a ‘one of a kind’ Hebrew Language elective, created 5 years ago, by the Director of Hebrew Language, Tova Rosenberg.  Throughout the year, students participate in monthly “virtual workshops” with the renown award winning author—during which we get to know her, learn about her methods and receive pointers on developing our Hebrew language creative writing skills.  Between our meetings with Mrs. Bat Shahar, we work with our teacher, Ms. Liora Haibi, who supervises and prepares us for our monthly sessions.  Our final class with Chana Bat Shahar was a discussion of what we learned from the sessions that were preparing us to write our Hebrew short stories, which will soon be published in a Journal entitled, “Meet the Israeli Author.”

We discussed: “What did you learn from the story itself?”  Many answers were thrown around about how details bring out characters or how to use language to create pace and tone. The general consensus was the recognition that a story is different on paper then it is when you say it out loud, in the sense that you always want to show the actions and emotions but never say them. This became a big point in the revision of the stories in an effort to make the stories clear and concise so that they can be published in a journal that is kept in the National Library of Israel as a collection of these yearly projects.

Then there was a discussion about–“What did you learn from the course in general?” The answers were sporadic in this discussion but the main idea boiled down to “Hebrew is different then English”. This sounds obvious but when you go to write a story, you are going to write it in a language that you know. When you realize that the words do not flow like they did in your head the amount of editing done is the quantifiable difference between the two languages. English usually has an opening for flowery prose but Hebrew being the language of organization it is, needs strict explanation of a scene which ends up breeding its own aesthetic.

The students are looking foreword to see their final edited stories in print and to see where this class takes them as writers born from two languages.  We are honored to have our Journal accepted into the Periodicals Department and the archives of the National Library of Israel in Jerusalem