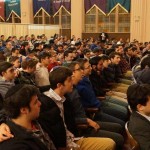 On November 18th, Ezra Schwartz, H”yd, was brutally murdered by terrorists in Eretz Yisrael, where he was spending the year, while engaged in the performance of a mitzvah. In light of this, students in over 40 Yeshiva High Schools from throughout the world took upon themselves to collectively learn […] 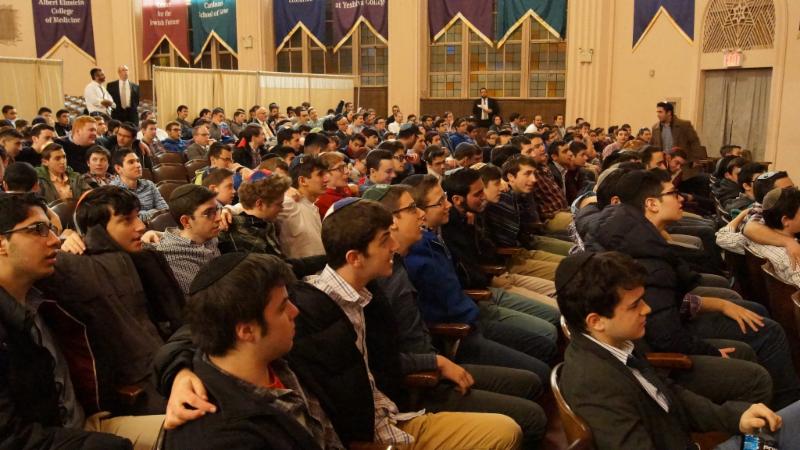 On November 18th, Ezra Schwartz, H”yd, was brutally murdered by terrorists in Eretz Yisrael, where he was spending the year, while engaged in the performance of a mitzvah. In light of this, students in over 40 Yeshiva High Schools from throughout the world took upon themselves to collectively learn all of Shas Mishnayos several times in Ezra’s memory. The Siyum was held this past Monday, on the occasion of Ezra’s shloshim. Each of the participating Yeshivas joined together via a group Skype call, thereby congregating thousands of Jews from around the world to be a part of this Torah learning endeavor in memory of Ezra. Before the completion of the Mishnayos began, the audience was addressed by Rabbi Gotch Yudin, Rosh Yeshiva of Ashreinu in Eretz Yisrael, the Yeshiva where Ezra was learning, who discussed the connection between this week’s Parsha (Vayechi) and Ezra’s murder, noting that in each case, the Jewish people suffered the loss of a special person and he then explained how it is important for Klal Yisrael to recognize this and grow from it. Rabbi Yudin continued to recount numerous character traits of Ezra in a heartfelt delivery that brought many to tears. He then turned the program over to Rabbi Yisrael Kaminetsky of DRS Yeshiva High School, who served as the coordinator of the remainder of the program.

The Siyum itself featured one representative from each of six different high schools, each making a Siyum on one Seder of the Mishnah. The presenters included one student from MTA, Yehuda Goldberg (’17), who completed Seder Taharos. After this, the entire group of students joined together to sing “Acheinu,” led by world renowned musician and singer Eitan Katz (who had earlier performed another song), in a manner that unified literally thousands of Jews across the world. The program ended with a speech by Rabbi Ephraim Goldberg of Boca Raton Synagogue and the “Keil Malei: recited by Ezra’s Rebbe from Boston’s Maimonides High School, from which Ezra graduated last year. The Ruach and Achdus that was experienced still fills the halls of the over 40 participating yeshivos and provides each student an opportunity to reflect upon themselves and take upon themselves to accomplish new things in both their learning and their practical application of Mitzvos.

To watch the worldwide siyum for Ezra Schwartz please click here. To see more pictures from the event, click here.