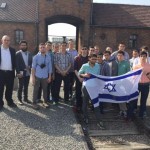 Over the past 10 days, students in MTA’s “Names, Not Numbers” program traveled to what used to be the country with the largest Jewish population in the world, Poland. This trip was billed as a “Chessed and Leadership Training Mission” which indeed it was, as the goal was not […] 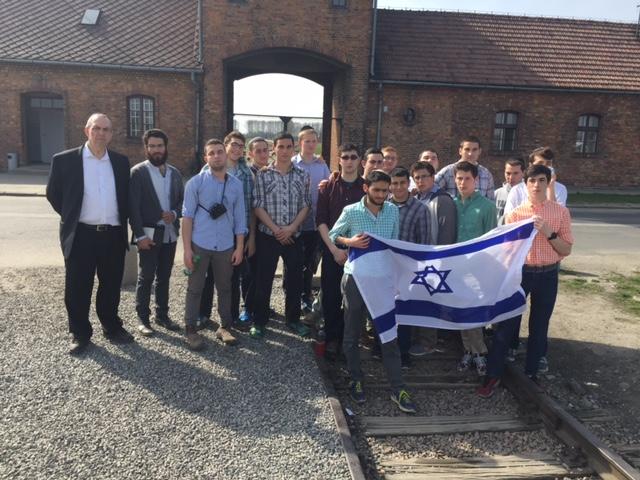 Over the past 10 days, students in MTA’s “Names, Not Numbers” program traveled to what used to be the country with the largest Jewish population in the world, Poland. This trip was billed as a “Chessed and Leadership Training Mission” which indeed it was, as the goal was not only to see what transpired during the terrible years of the Holocaust, when some 3 million Polish Jews were exterminated, but also to get a taste of what is happening in terms of Jewish life today in a land where Jews have resided for about 1000 years, and to meet and work with some of today’s Jewish leaders there.

While there, the 21 MTA students, accompanied by our Rosh Yeshiva Rabbi Taubes and Mr. Gabi Danielli of our Hebrew Department, as well as by Mr. Dov Rosenberg, who coordinated the trip (and joined later by Mrs. Tova Rosenberg, creator of the Names, Not Numbers program), had the opportunity to learn about Jewish life pre-World War II and of course to learn about the Holocaust by visiting many historical sites and memorials, including several concentration camps where we davened, sang, and reflected upon the horrors which took place there. We also visited the gravesites of many prominent rabbinic figures from our history, including the Rama, the Bach, the Maharshal, the Noam Elimelech, the Chozeh of Lublin, the Netziv, Reb Chaim Soloveitchik, and others who shaped the Torah world of today.

Besides touring, our students met with several Polish Jewish leaders of today, including the Rosh Kollel of Warsaw, the Lauder School Principal and Assistant Principal responsible for On-Line Jewish Education, the Director of the Krakow JCC. In addition, they herad from a righteous gentile whose family saved two Jews during the war, a group of non-Jews who are involved in Holocaust education, the organizers of the famous Krakow Jewish Festival, a survivor who is active in the revival of Jewish life in Krakow, and Jewish and non-Jewish students in Krakow. In addition, they participated in a Shabbaton organized for Polish Jewish students in the Lauder School’s on-line educational program.

Towards the start of the trip, the group met with Ms. Olga Kaczmarek, who is responsible for the international relations at the “Forum for Dialogue Between Nations,” a Polish organization whose mission is to teach tolerance and eradicate anti-Semitism. After Olga’s presentation about the work done by the Forum in over 150 small towns and 250 schools in Poland, Rabbi Taubes noted that “the students in this program are the future leaders of Poland, who now have the knowledge, experience, and appreciation of the history of the Jews, and what our ancestors went through.” The Forum for Dialogue posted an article on Facebook about the meeting with our students.

The trip included Torah learning and Shiurim appropriate to the various places where were visiting, a tremendous spirit of Ruach, and a sense of true friendship among the participants. It was thus a highly successful trip on multiple fronts, and served as an incredible culmination to a meaningful and crucial experience in the “Names, Not Numbers” program. Over the course of the trip, Hillel Krief (’16) wrote a daily blog featuring many additional details which can be found here: http://yuhsb.blogspot.com.