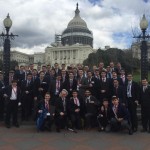 By mta On April 8, 2016 · Leave a Comment · In Extra-Curriculars, Special Programs, Trips

April 7th served as a meaningful and productive day on two fronts for the MTA students who participated in the school’s annual lobbying mission to Washington D.C. The Hatzioni Club members who partook in this event had been preparing for weeks in advance by researching bills, familiarizing themselves with […] 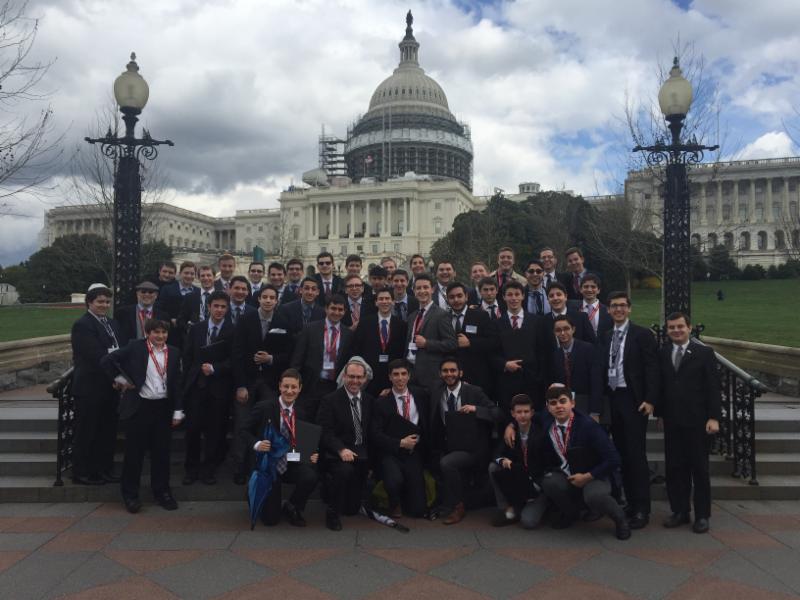 April 7th served as a meaningful and productive day on two fronts for the MTA students who participated in the school’s annual lobbying mission to Washington D.C. The Hatzioni Club members who partook in this event had been preparing for weeks in advance by researching bills, familiarizing themselves with specific members of congress, and other such things. At Hillel International headquarters, the students had the privelege of hearing from Ambassador Martin Peled-Flax, former Israeli Ambassador to Belarus and current Minister for Congressional Affairs at the Israeli Embassy in the USA.

Groups were divided into roughly six or seven members per senator or member of congress, and each had a faculty advisor guide them through the process. IN addition to the member of the YUHSB faculty leading each group, there were two other group leaders; a senior and a junior who had previous lobbying experience. They were privileged to take advantage of this incredible opportunity by leading a group to lobby for a cause they held close to them: the State of Israel. While the trip most certainly served as a wonderful chance to build upon certain skills, such as public speaking, research, and presentation, it did serve another purpose as well. Each student and faculty member was able to speak one on one with either a member of congress, a senator or an aide. The mission was also beneficial because it opened a gate for many students to enter the fascinating and intriguing world of politics.

Another important aspect of the students’ work which resulted in success was the research aspect. In preparation of the lobbying mission, each student researched both “his” senator and his or her view on Israel as well as one of the bills. The bills which the students advocated for – 269, 615 and 619 – discuss both the nuclear Iran crisis as well as a further progression in American-Israeli relations. The former topic spanned from imposing sanctions on Iran to negotiations that must be undertaken. The latter topic covered a completely different spectrum, in which students discussed cracking down on BDS, a movement dedicated to the the demise of Israel, as well as furthering military aid and trade with Israel. All in all, the MTAPAC mission to Washington was a huge a success on both the personal and political fronts.

On Wednesday, the day before the trip, the MTA lobbyists heard from Shahar Azani, Executive Director of the North East Region of StandWithUs; Mr. Azani helped prepare the students for their mission.