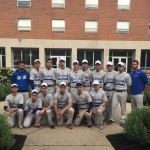 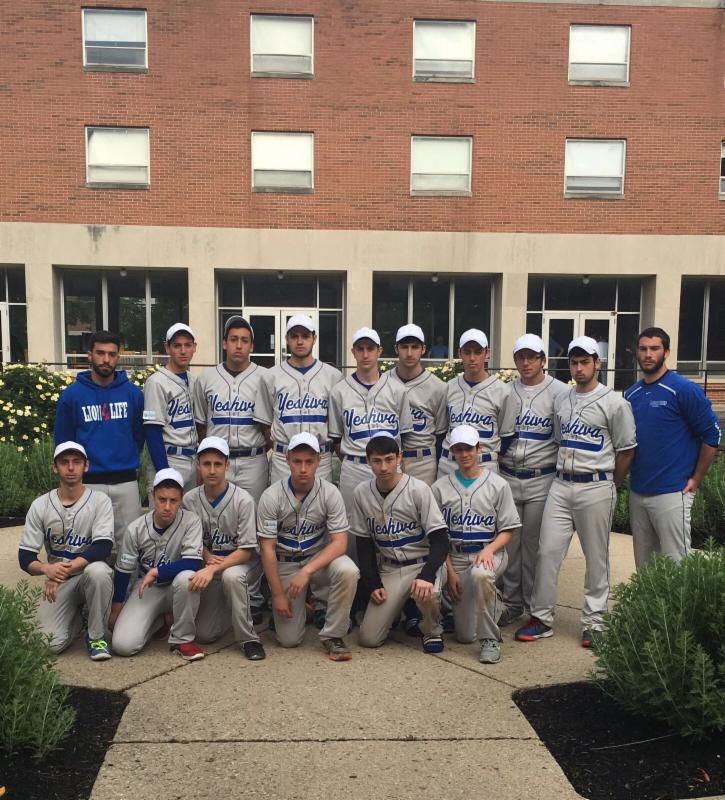 For the last three years MTA has not had a baseball team. However, due to intrest from the students, this year a baseball team was formed and the MTA Lions participated in the Columbus Baseball Invitational (CBI) Tournament for the first time in the tournament’s 7 years of existence. After many practices in the last 3 months, the Lions loaded onto the bus and took a ten hour bus ride with the Heschel Heat arriving in Cleveland at midnight. All 11 teams slept in the Capital University dorms.

At 2:00 Thursday afternoon, the Lions headed to the fields excited and nervous. After hitting in the batting cages, doing some drills, and fielding fly balls and ground balls, the Lions were ready for their game. They took the field at 5:30 to play the tournaments host, Columbus Torah Academy Lions. Columbus had a lot of fans at the game but that didn’t affect MTA, which took a commanding lead early on, scoring 4 runs in the first inning. Unfortunately, MTA’s best pitcher, Tani Rosenthal (’16), had an injured arm and was unable to pitch, so Zach Gurwitz (’17) stepped into the role of starting pitcher and pitched 3 scoreless innings. In the fourth inning, Columbus loaded the bases with no outs, so Daniel Landa (’19) came in to pitch. After walking in a run, he got three straight strikeouts to get MTA out of the inning with only one run scoring. After great plays including Zach Gurwitz picking someone off at first, Sam Weisman (’18) throwing someone out who was stealing second, very aggressive base running, a double play, and many hits, MTA beat Columbus 9-1 in six innings.

On Friday morning, the Lions took the field again to face the Fuchs Mizrachi Mayham from Cleveland. In the top of the first the Lions had a runner on third base with two outs. After the pitch, Akiva Richman (’19) successfully stole home while the Fuchs Mizrachi catcher threw the ball back to the pitcher giving MTA an early lead. The score was 2-2 going into the third inning when the Lion’s bats really came alive, led by two RBI doubles from Sam Weisman. Zach Gurwitz, Aryeh Halpert (’17), and Daniel Landa combined to pitch five innings and MTA won the game 15-5.

Due to the tiebreaker rules, the Lions got the fourth seed and had to play their playoff game only a half hour after their game against Fuchs Mizrachi ended. The Lions played against the Ida Crown Aces from Chicago, one of the top teams in the tournament. In the third inning, MTA was down several runs when Sam Weisman came to the plate with bases loaded. He hit a line drive down the right field line, which was astonishingly stopped short by Ida Crown’s first baseman to get the out. Without Tani Rosenthal and with the backup pitchers tired from the game just half an hour earlier, the Lions couldn’t keep up with the Ida Crown Aces. MTA lost 18-5.

In addition to the baseball games. all of the teams enjoyed a terrific Shabbaton. On Shabbat morning, the teams were split up between the various Shuls and MTA ate with Columbus, YULA, and Kushner. They also learned with the Rabbi of the Shul about the laws of protecting someone from embarrassment. Following the Shabbat day seudah, the players from all the teams got to meet each other and before Mincha, all the teams learned Pirkei Avot together in memory of Ezra Schwartz ZT”L. After a great end of Shabbat, the teams continued to enjoy the weekend.

Thank you to coaches Shmuel Goldis and Jake Frankel for all the effort they put in to improving the team.