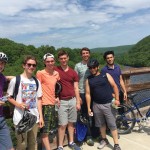 This week, the senior class embarked on the annual end of the year senior trip, a three-day adventure that included a whirlwind of activities throughout the Poconos. On Tuesday morning, the seniors hit the ground running at NJ Coastal Sports, where they were treated to basketball, archery tag, a […] 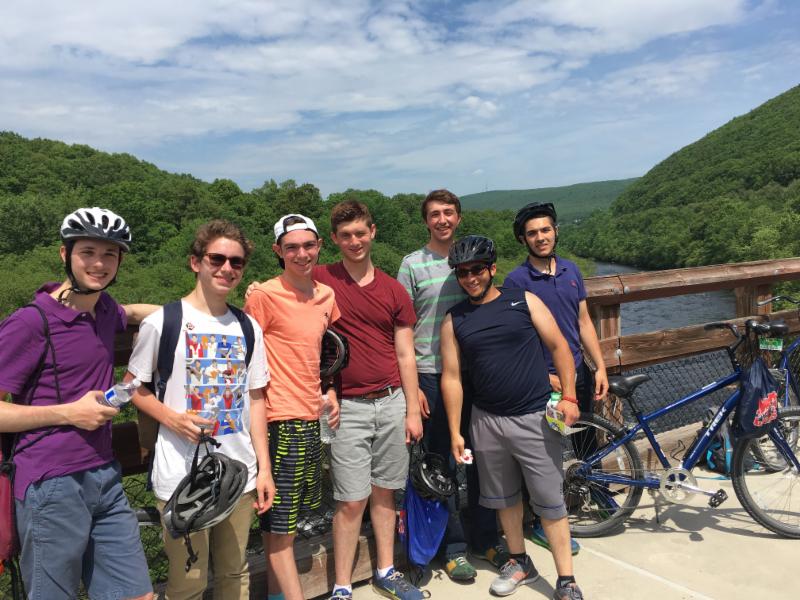 This week, the senior class embarked on the annual end of the year senior trip, a three-day adventure that included a whirlwind of activities throughout the Poconos. On Tuesday morning, the seniors hit the ground running at NJ Coastal Sports, where they were treated to basketball, archery tag, a startup game of ultimate, and of course, bubble soccer. After a fun few hours of tackling each other by slamming their inflated suits together, the group made the trek to Dorney Park. As expected, everyone had a great time at the theme park, whether they were availing themselves to the park’s numerous rides or shooting away five-dollar bills at the park’s basketball hoop. After mincha, dinner, and a brief shiur at a shul in Allentown, PA, the seniors made their way to the Split Rock Resort, where they settled down, played a few hours of basketball, and dug into a midnight barbecue.

The second day of the excursion was dominated by whitewater rafting. Whether it was navigating through the small rapids that dotted the Lehigh River or getting into epic water fights, or reflating deflated rafts whilst singing songs from the Broadway hit Hamilton, everyone had a blast on the river. With their water soaked clothes and sunburned knees, the seniors then made their way back to the resort where they played massive games of softball, volleyball, and tennis. After a barbecue dinner and a few words from surprise visitor and incoming Head of School Rabbi Josh Kahn, the group began what would be the final night of the senior trip, which proved to be one of the most exciting nights of their high school careers. Shortly after dinner, the seniors played ping-pong, billiards, bowling, and classic arcade games, courtesy of the resort. The group then proceeded to take advantage of the resort’s pool facilities, where everyone had a great time swimming and heating up in the hot tub, a nice catharsis from the day’s more action-packed water-involved activities. Following swimming, the group made their way to an assembly pavilion where they were treated to chulent and kugel, snippets of the senior video, and shared memories from especially hilarious moments that took place over the last four years. The night closed with a kumzits run by Rabbi Tani Cohen, where members of the senior class were able to share more reflections on their high school experiences, and further “chilled out” camaraderie between the members of the grade.

The final day of the trip, Thursday, began with a bang when the seniors jumped out of bed for shacharis that was immediately preceded by an exhausting and exciting final night. Following breakfast, the seniors had to choose between paintball and mountain biking as their activity for the final day of the trip. Both activities proved to be excellent choices: whereas paintball, which was held at Skirmish, the largest paintball park on the East Coast, was filled with exciting games in modular castles and metropolises in which everyone had a great time gunning down their friends and protecting model forts, the mountain biking trek allowed the seniors to race down a 15-mile beautiful and shaded path alongside the Lehigh River. Exhausted from their epic three-day adventure filled with bonding and reminiscence, the seniors finally dragged themselves onto the buses in what would be one of their final moments together as a grade. Everyone went home Thursday night knowing that they just experienced one of the most fun and exciting trips of their lives, reminiscing about the last four years, and excited about their upcoming graduation.

One final personal note: The 2015 Best Picture-winning film Spotlight showed the world just how exciting the endeavor of journalism could be. For me, it was such a pleasure to report on my school’s weekly events in The Lion’s Life. And while reporting on the events that take place in a Yeshiva high school in Washington Heights might not always seem nearly as grand as reporting about other activities going on around the world, it was still an honor for me to report on the events of such a fine school.