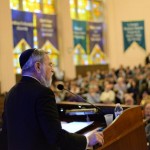 With the founding of the Talmudical Academy of Yeshiva (now known as the Marsha Stern Talmudical Academy/ Yeshiva University High School for Boys – more familiarly known as MTA) in 1916, for the first time in history a yeshiva offered both a premier Judaic Studies and a premier General Studies. Its founding set […] 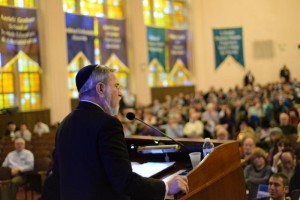 With the founding of the Talmudical Academy of Yeshiva (now known as the Marsha Stern Talmudical Academy/ Yeshiva University High School for Boys – more familiarly known as MTA) in 1916, for the first time in history a yeshiva offered both a premier Judaic Studies and a premier General Studies. Its founding set the trend for the model of Jewish education that has become popular today in America and around the world. RIETS President Rabbi Dr. Bernard Revel understood that with the changing times and with the new American generation a new way of educating and inspiring our youth was critical for the continuity of the Jewish mesorah and way of life.

Over the next 100 years, the legendary school continued to set the trend for Jewish education both at the original MTA in Manhattan and the BTA Brooklyn branch (which merged back into MTA in 1981) and, impressively, continues to serve as a true leader and pioneer in Jewish education through this very day. With this in mind, MTA in partnership with other YU schools – the Samuel H. Wang Yeshiva University High School for Girls, the Center for the Jewish Future, and the Azrieli Graduate School for Jewish Education and Administration – developed a special Centennial Yom Iyun, which took place on Sunday, December 18th – to focus on how to inspire the next generation. 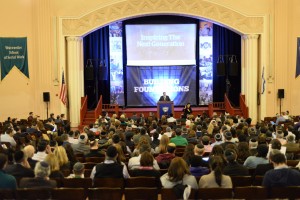 Led by a keynote address by renowned educator and leader Rabbi Lord Jonathan Sacks, and featuring breakout sessions by a large variety of noted and innovative educators, the goal was to provide parents, grandparents and other educators practical guidance for how to properly inspire the lives of today’s youth who are inundated with technology and other challenges of the modern western world. 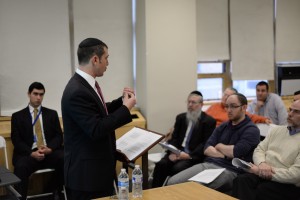 After MTA Head of School Rabbi Joshua Kahn welcomed the packed Lamport Auditorium audience – which featured, in addition to the hundreds of guests, the MTA student body – YU President Richard M. Joel, a graduate of the MTA class of 1968, provided an introduction, noting that both YU’s fourth president (himself) and fifth president (President Elect Rabbi Dr. Ari Berman) are proud graduates of the flagship high school. President Joel warmly introduced Rabbi Dr. Berman, a graduate of the MTA class of 1987, who made his first ever public address to the YU community. Rabbi Berman expressed his excitement to take the helm of Yeshiva and was inspired by how uniquely situated the university is to build upon its mission of Torah U’Madda. Once again, Rabbi Kahn returned to the podium to publicly thank alumnus Rabbi Hy Arbesfeld, a graduate of the class of 1949 and a Vice Chairman on the RIETS Board of Trustees, who was in the crowd and recently announced a very generous one million dollar scholarship fund gift to the high school. Rabbi Lord Sacks then blew the audience away with his powerful and thoughtful keynote address, in which he provided ten rules that would insure that the next generation will carry their Judaism with pride. 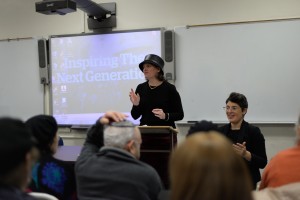 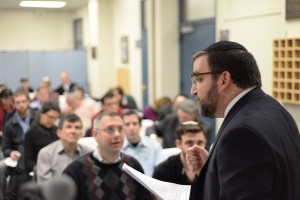 David Mitzner Dean of the Center for the Jewish Future, Rabbi Yaakov Glasser

Topics ranged from “Creating Passionate Teens: Why the Mormons Have it Right,” to “Inculcating the Joy of Talmud Torah” and “Clarity and Empathy: Rav Soloveitchik’s Philosophy of Education.” 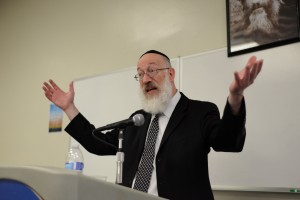 Guests left inspired and ready to inspire. MTA and Yeshiva University were proud to continue to be able to help lead the educational conversation. To listen to the opening session or any of the breakout sessions, or for more information about YUHSB’s Centennial, visit www.yuhsb.org/yomiyun.