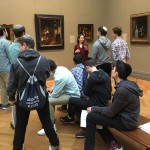 This past Wednesday, the sophomores in Honors College went to the Metropolitan Museum of Art. The students boarded the busses at 10:45 excited to see much of the art that they have been learning about in history class this year.

When getting to the museum, the students were split […] 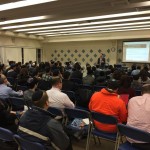 This past Tuesday night, the junior grade and their parents convened in Furst Hall for the college guidance department’s annual College Night. Following words of welcome from Mr. Sragow detailing the college application process, Rabbi Kahn spoke about the importance of this decision in the lives of the juniors. […] 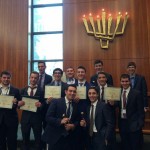 Twelve MTA students boarded the bus after davening on Tuesday for Model Congress and, incredibly, nine returned with awards! The successful day started off with a keynote speech by a New York congressman, Bruce Blakeman. He presented to all the “representatives” on the topic of encouraging the future generation […] 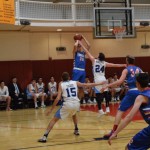 On Wednesday night, the varsity basketball MTA Lions traveled to Brooklyn to take on the YDE Thunder in the Yeshiva League Quarterfinals. The game started with both teams coming out cold and the game remained scoreless through the first four minutes. However, after Eli Gruenberg (’17) and Aryeh Halpert […]

This past Tuesday, March 7th, the MTA Mock Trial team competed against Validus Academy in their second match, this time acting as the defense. This year’s case is regarding a claim of malicious prosecution by someone who was wrongfully put in jail, claiming that the detective involved conducted a poor investigation […]

Over the past few weeks, MTA was privileged to host four students who came on an exchange program from Yeshivat Makor Chaim to bring ruach, inspiration, and a taste of an Israeli atmosphere to our yeshiva. From decorating our library, to enhancing our Rosh Chodesh davening and developing a connection with […]

Last Shabbos, MTA students enjoyed a special Shabbaton in Monsey as part of MTA’s special community programming initiative. Over the course of the year, shabbatons have been held in a variety of MTA communities; local students have the opportuntinty to welcome other MTA students as guests and all the boys enjoy Shabbos together.

Soccer Lions Kick Off Season With a Historic Win

by Benjy Bral (’18)
On Monday, March 6th, the MTA Lions opened their season with a home match against the SAR Sting. It was the Lions’ first match of their eight game season, against the team who had just gone to the championships the previous year. Going into the game, SAR had never lost […]

On Monday night, the JV Lions played the HAFTR Hawks in the Yeshiva League quarterfinals. HAFTR came out playing a man to man defense, which was able to slow down the MTA offense. Isiah Anderson (’19) kept MTA in the game with outstanding effort on both sides of the court. However, HAFTR nonetheless led at […]