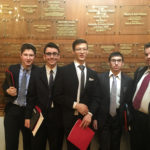 By: Elishama Marmon (’20) On Thursday, April 26th, the MTA Debate Team went to a debate held at Rambam to try out a new debate style. This new style challenged the team as they found out the topic they would be debating only an hour before the start of the debate.  Typically, the team has […] 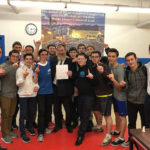 After another successful regular season, which saw the MTA Chess Team defeat Heichal 14-0 (twice), JEC 12.5-1.5, and TABC 10-4, the Lions secured a spot in the Chess Championship for a fourth consecutive year. For the third time in those four years, it would be held at MTA. After a 3-way […]