From the monthly archives: April 2021 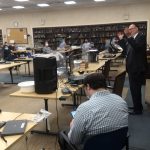 On Wednesday, April 28th, talmidim in the MTA Honors College were privileged to hear from Rabbi Yosef Blau, Rosh Yeshiva and Mashgiach Ruchani at the Rabbi Isaac Elchanan Theological Seminary, who discussed the topic of Torah U’Madda. Rabbi Blau began by describing how the study of Madda was originally a practical […] 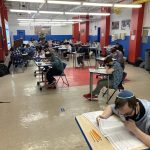 Many students discovered with great joy that almost every college has offered “test optional” applications, due to the difficulties in administering the SAT and ACT for the last 14 months during the COVID-19 pamdemic. Students were able to save hours of intense studying and  expensive tutoring or […] 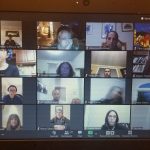 MTA offers an annual Parent Education Session on timely and relevant topics to help parents learn more about the issues their teens are facing. This year’s virtual event took place on Wednesday, April 21st and featured guest speaker Dr. Eli Shapiro, Director of The Digital Citizenship Project, who discussed “The Impact Of Technology Before, During, […] 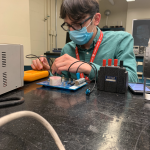 MTA Juniors in Dr. Berliner’s AP Physics course enjoyed hands-on experimentation during their first lab of the year. After months of learning about the math and theory behind electricity and magnetism, talmidim were able to see these principles in action through active participation in engaging experimentation. They utilized Yeshiva University’s […] 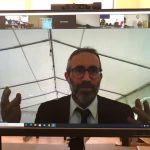 MTA set the tone for Yom Ha’atzmaut with post-davening divrei chizzuk from Rosh Yeshiva Rabbi Michael Taubes and Maggid Shiur Rabbi Avraham Shulman, who discussed the importance of appreciating kedushas Eretz Yisrael and the miracle of its existence as well as the significance of the State of Israel to each talmid and their celebration of […] 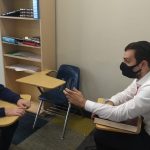 MTA Freshmen and Sophomores were empowered to take ownership of their educational growth during the yeshiva’s first ever Student Led Conferences, where they had the opportunity to meet one on one with their rebbeim and teachers and collaboratively discuss successes and areas of growth, as well as goals set by each talmid, with specific focus […] 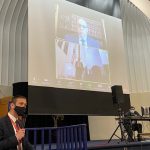 Names, Not Numbers Concludes With Session On Emunah

Our Names, Not Numbers elective course for Seniors concluded on Sunday with a session devoted to emunah for the entire Senior grade. It is a fitting way to end the program, as talmidim have heard so many incredible stories of survivorship while interviewing Holocaust survivors for their documentary. Despite the horrors they endured, these survivors […] 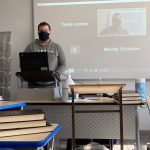 MTA Seniors participating in the Names, Not Numbers elective course led a meaningful Yom HaShoah program for the entire yeshiva. Each Senior visited a different Shiur and shared the stories of the Holocaust survivors they interviewed for the documentary film they are creating. They described what it was like to hear these first-hand accounts and […] 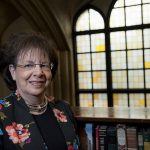 MTA is proud to announce that Mrs. Tova Fish-Rosenberg, MTA Director of Hebrew Language and Special Programs and Founder of Names, Not Numbers, has been named a winner of the prestigious Wilbur Award by the Religion Communicators Council, for the Names, Not Numbers project and her role as its Producer/Creator. Since 1949, the Wilbur Awards […] 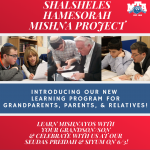 MTA recently launched the Shalsheles Hamesorah Mishna Project, a program that provides grandparents and their grandchildren, parents or other relatives and children, with the meaningful opportunity to take advantage of the shalsheles hamesorah (the chain of tradition), and increase Torah learning in the MTA community. The program began on Pesach and will extend through Shavuos, […]