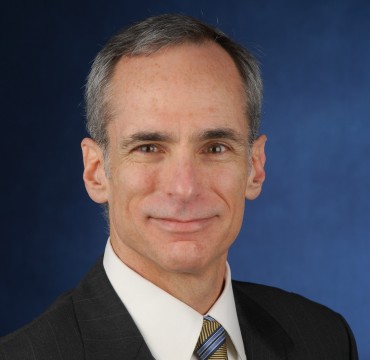 Dr. Jeffrey Barnett ’84F will receive the inaugural Distinguished Alumni Award at the Ferkauf Graduate School of Psychology commencement on May 16, 2016.  He attributes his long and notable career as a clinical psychologist, author, scholar, ethicist, mentor, academic administrator and advocate for his profession to the “great education, training, and mentoring I received at Ferkauf.”

He is currently the associate dean for the social sciences and graduate programs, and professor of psychology, in the College of Arts and Sciences at Loyola University in Baltimore, Maryland. He is also a licensed psychologist who is board certified in clinical psychology and in clinical child and adolescent psychology, and maintains a private practice. Further, he is a distinguished practitioner and member of the National Academies of Practice.

In 1979, Barnett came to Ferkauf from his undergraduate work in psychology at SUNY Oneonta as  a member of the first cohort of students to go through the newly launched PsyD program. Barnett credits this rigorous education and clinical training for much of the success in his career.

In addition to his clinical work in private practice over the past 32 years, Barnett has been an active scholar, focusing on ethics and professional practice issues for psychologists and other mental health professionals. He traces this interest in the way ethics influences clinical practice, especially when it comes to serving the needs of the neediest, to Ferkauf’s “focus on service and on serving those in greatest need and a commitment to healing the world.” His clinical activities, writing articles, and giving workshops led to an offer to teach in the graduate program at Loyola University Maryland. This led to a tenured professorship and then to his current role as associate dean overseeing graduate programs and social sciences departments in the College of Arts and Sciences at Loyola University Maryland.

Barnett’s belief in the importance of serving others and making contributions to improve their lives carries over into his significant volunteer work. Barnett has served in numerous appointed and elected capacities, among them being president of the Maryland Psychological Association and the presidency of three different divisions of the American Psychological Association (APA). He also has served on the APA’s governing board for two terms and has been the chair of the APA’s Ethics Committee, its Fellowship Committee, and its Board of Convention Affairs. Barnett has also been the chair of the Ethics Committee of the American Board of Professional Psychology and the vice chair of the Maryland Board of Examiners of Psychologists. Much of this work has focused on advancing the profession of psychology, mentoring junior colleagues and graduate students, improving the quality of services provided by psychologists, and increasing people’s access to mental health services.

Barnett has over 250 publications (including 10 books) along with hundreds of professional presentations and workshops done both in-person and online as well as membership on the editorial boards of ten peer-reviewed journals. He has garnered myriad awards and recognitions, such as the American Psychological Association’s award for Distinguished Contributions to the Independent Practice of Psychology, its Outstanding Ethics Educator Award, and its Outstanding Leader in Professional Psychology Award.

On Sunday, May 15, Barnett will give a talk on the ethical, legal and clinical issues of integrating different technologies into clinical practice, such as using the Internet, email, Skype and other kinds of video-conferencing technologies and social media to provide services. Then on Monday, May 16, he will give the commencement address at the graduation. Additionally, a scholarship has been created in his name to provide financial support to deserving students who might not otherwise be able to receive their doctorate at Ferkauf.

He clearly felt a debt to Ferkauf for giving him the opportunities it did. “A lot of my success comes from the foundation of the education and the training that I received. I tell that to people regularly, and I recommend the graduate program to students that I have that are planning to go to grad school.” He said he touts Ferkauf’s “top-notch education and training” whenever he can, and he hopes that what he presents during the ceremonies “will inspire some current students to say, ‘Wow, I’m a student here and maybe I can do some of those things, or even better, or more.’ That would be great.”