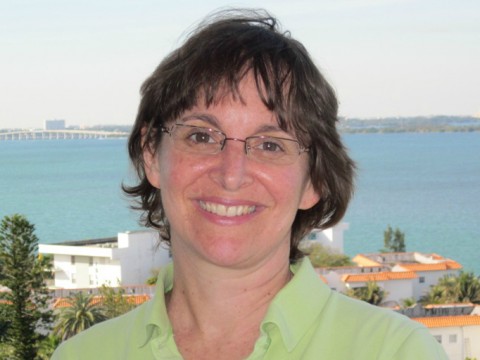 She’s the author of more than two dozen non-fiction books for kids and has worked in educational publishing for more than 20 years—but Chana (Freiman) Stiefel ’90S, originally of North Miami Beach, Florida, was almost going to write legal briefs for a living.

As a student at Yeshiva University’s Stern College for Women, Stiefel had planned to continue to law school, but nurtured a love of writing while majoring in English and minoring in Art History. “Aside from making some great friends at Stern, I got to participate in extracurricular activities like writing for The Observer and Besamim literary journal,” said Stiefel. “Stern was also able to connect me to some great internships, including one at Edelman Medical Communications, which really got me thinking more seriously about pursuing journalism as a career.”

At New York University, Stiefel earned a Master’s in Journalism as part of a specialized program for Science, Health and Environmental Reporting. At the same time, she interned at Scholastic, Inc, where she first immersed herself in the world of children’s writing. She interned at SuperScience, a children’s science magazine, and, after graduating from NYU, stayed at Scholastic and eventually worked her way up to Senior Editor at Science World, a science magazine geared toward middle-school students. She also began freelancing, which is how she came to write her first book for children in 2003, Wind: From a Whisper to a Howl (Pearson Learning Group).

“Writing books and articles for kids is a great way to be involved with education and make science enjoyable for kids by allowing them to apply the lessons they learn at school to real-life events,” Stiefel explained. “I’d always loved books growing up, and found a lot of value in the experiences of my parents reading to me when I was very young. To be able to write now and share that love of reading with children, including my own, is very rewarding.”

Since 2003, Stiefel’s written more than two dozen books for kids about almost every natural disaster out there, as well as wildlife, skyscrapers, the history of fingerprints, and many other science and history-related subjects.

Stiefel’s favorite books that she’s worked on include “Ye Yucky Middle Ages” – a three-part series consisting of Ye Castle Stinketh, Sweat Suits of Armor, and There’s a Rat in my Soup, published by Enslow in 2012. “I had to do a lot of research to write those books, but it was so much fun to make history come to life,” said Stiefel. She is currently working on a new non-fiction book for National Geographic Kids, entitled Let’s Talk Trash, about garbage on land, at sea, and in space.

Stiefel is also branching out to fiction and at work on a novel geared for middle grade readers—a switch in genres which she called liberating. “Writing fiction is less fact-oriented than writing non-fiction, and the process has been very exciting,” she explained. “It’s been allowing me to flex my creative muscles in a different way.”

Stiefel also has a picture book called Daddy Depot, set to be published by Feiwel & Friends (MacMillan) in 2016, about a young girl who grows upset with her father and attempts to return him to a “daddy depot.”

Stiefel has kept up with YU over the years, and was recruited by Dr. Scott J. Goldberg, currently YU’s Vice Provost for Teaching and Learning, to help write a series of eight case studies for the Institute for University-School Partnership in 2011-2013. She’s looking forward to attending her class reunion on May 17th at the Grand Hyatt in New York.

“It will be great to reconnect with friends I haven’t seen in many years,” said Stiefel.

Stiefel is married to Dr. Larry Stiefel ’90E, a pediatrician at Tenafly Pediatrics (in whose office, perhaps, you’ll find some books penned by Chana Stiefel), and they have four children: Judah, Abby, Maya and Joshua. The Stiefels live in Teaneck, New Jersey.

Stiefel often visits schools to impart to young students the power of the written word. She is available to teach writing workshops and for speaking engagements, and can be contacted through her website, www.chanastiefel.com.