Food Allergy Concierge is the latest initiative Dr. Eliana Aaron ’93S offers to keep visitors healthy and safe in Israel and around the world. 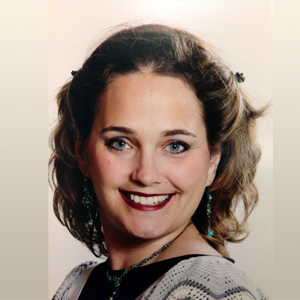 Traveling out of the country can be challenging enough, but it becomes even more so with children who have allergies.

But thanks to Dr. Eliana Aaron ’93S DNP, APN-C, CRNP, there are other options.

As the founder and director of Food Allergy Concierge, she and her staff of health professionals provide a variety of food allergy services so that families can enjoy allergy-safe, worry-free travel, including itinerary consulting, menu planning, translated food allergy cards and food-prep supervision in restaurant kitchens (or even private chefs).

With one out of 13 children suffering from food allergies—the number of those afflicted increased by 50% between 1997 and 2011—it’s not just an important service. It’s big business.

Dr. Aaron has found this a distinctly needed service in Israel, where she has lived since moving from Teaneck, New Jersey, in 2002. Today, she lives in Nof Ayalon with her husband, Avrum Aaron ’91YC, whom she met “at a Yeshiva College/Stern College mixer during orientation week 29 years ago.”

“Israel has unique challenges when it comes to food allergies,” explained Dr. Aaron, who is a Registered Nurse (RN) both in Israel and New Jersey. For starters, there are no laws requiring companies to use labels, and if they do, there are no regulations about what must be disclosed. In addition, the Mediterranean diet so prevalent in the country is heavy in allergens such as sesame, nuts and legumes.

“There’s a complete lack of food allergy awareness in Israeli culinary culture and in the culture at large,” Dr. Aaron says.

With a food sensitivity to nuts herself, she has encountered the consequences of this time and again. “I’ve asked waitresses if there are nuts in a dessert, and about 50% of the time the answer is incorrect,” she reported. “I’m just sensitive to nuts. But for those with real allergies, a microscopic amount can cause an anaphylactic reaction.”

Because of the lack of regulation in Israel, food often crosses production lines, so while products may appear safe, there can be cross-contact contamination. Dr. Aaron has two clients with children who suffered anaphylactic reactions to pita bread in Israel before connecting with Food Allergy Concierge, one of whom was in a coma for two weeks following exposure.

“Pita is literally flour and water, but even if something looks safe, it’s not always so. It could be baked in the same facility with significant allergens or contaminated during post-production.”

Both her experience and education have made Dr. Aaron an expert in the field. She holds a bachelor’s degree in psychology from Stern College and in nursing from New York University along with a Master of Nursing Science from the Rutgers School of Nursing. After moving to Israel, she pursued her Doctor of Nursing Practice (DNP) from Yale University, to which she “commuted” after making aliyah.

After graduating from Yale, she formed her first company, EMA Care LLC, which helps people in Israel, including tourists, students and older clients, get their healthcare needs met.

She identified this need while working as a medical officer at the U.S. Consulate in Israel. “For years, I worked with diplomats who didn’t have health insurance and didn’t have a status in the healthcare system,” she explained. “I helped establish healthcare and other protocols for them. EMA Care manages the healthcare services at several schools and offers about 20 clinics a week.” Services are provided in English at the same level of care patients receive in the United States.

Food Allergy Concierge grew out of EMA Care. “We watch parents’ stress melt away, and it’s a beautiful thing. It gives people the freedom to travel.” The company’s next step involves allergy-free international group trips, including travel in Israel, on safari and on cruises.

“We can group people together with similar allergies so they can have great cuisine and top-level service without the worry,” she says. “Thank God, our clients have never had anaphylactic reactions while under our complete allergy supervision programs.”

If that weren’t enough to keep this mother of three and grandmother of one busy, her third company, OneTapCare, is an international telemedicine company providing travelers, tourists and groups worldwide with 24/7 access to concierge medical care. This includes emergency medical consults, medical assessments and instant access to English-speaking health providers through a HIPAA-compliant secure app.

It’s an important health service in a world that’s growing more and more global—and a shot in the arm for Dr. Aaron’s innovative initiatives.