Dr. Carmen Ortiz Hendricks, the Dorothy and David Schachne Dean and leader of the Wurzweiler School of Social Work, passed away in February 2016 after a year-long battle with ovarian cancer. On Sunday, April 10, close to 200 people gathered in Weissberg Commons to pay tribute to this remarkable woman. 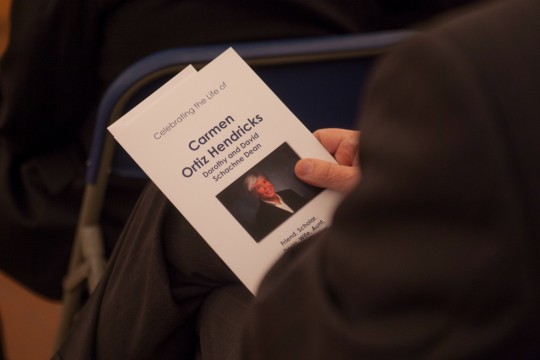 Dorothy Schachne, who with her husband David had endowed the deanship, was saddened by the loss of Ortiz Hendricks but found it comforting that “the next dean would take on the title and continue to build on what she has done.”

Dr. Nancy Beckerman, professor and interim dean at Wurzweiler, began the proceedings by saying that “we are here to pay tribute, share this day, and give thanks.”

“We are now in the season of mourning – today we will share bonds among family and friends, and sorrow and loss will have words,” said Dr. Joan Beder, professor at Wurzweiler, referring to the lyrics of the song “Turn! Turn! Turn!” Beder gave a brief timeline of Ortiz Hendricks’ life, from her birth in Puerto Rico in 1947 to becoming the dean, and spoke movingly about how “she soldiered on through the pain of her ovarian cancer. She kept Wurzweiler strong, and she kept urging students and faculty to reach for success.”

Ortiz Hendricks came to Wurzweiler in 2005 as professor of social work and associate dean. She was appointed dean in 2012, becoming the first Latina dean of a social work school in New York City. Ortiz Hendricks was a prolific community leader and scholar. Her roles and awards included chair of the Commission on Accreditation of the Council on Social Work Education, principal investigator at the Children’s Bureau Training Project, founding member of the Latino Social Work Task Force, NASW Social Work Pioneer, and fellow at the New York Academy of Medicine.

YU President Richard M. Joel noted that the Hebrew word “shalom” has its roots in the meaning of wholeness and that Ortiz Hendricks’ work was grounded in the belief that “the world is peaceful when people achieve wholeness.” “She had a burning desire to embrace life—I admire how much her smile came from her soul,” he said.

Selma Botman, provost of YU, felt that she had “lost a treasured friend” and a source of light. Referring to a quote attributed to Eleanor Roosevelt about courage and persistence, she said, “We look forward to giving the best we have to give as we move forward.” Froma Benerofe, chair of the Wurzweiler Board of Overseers, echoed this, thanking her fellow board members for “being valiant in carrying on the work” and remembering Ortiz Hendricks’ inscription on a book she once gave to her: “Partners forever.” 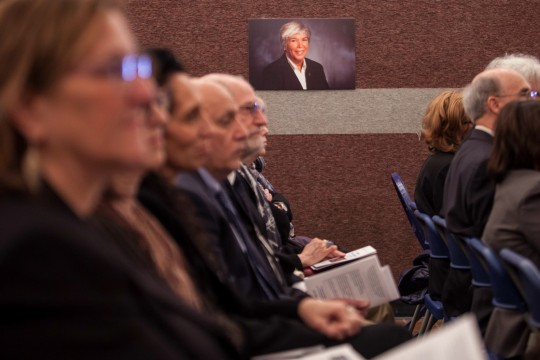 Jo Ann Regan, vice president of education for the Council on Social Work Education (CSWE), spoke about the “unwavering love, loyalty, and support” she received from Ortiz Hendricks as they worked together to create new social work standards for greater sensitivity to and understanding of marginalized communities. CSWE has honored this legacy by including Ortiz Hendricks’ name on the Julia M. Watkins Leadership Legacy Tree on display at the CSWE office in Alexandria, Virginia.

Dr. Jade Docherty, associate dean at Wurzweiler and Scottish by birth, was always proud of “the Scot and the Latina leading the social work department at a Jewish university.” Terry Mizrahi, chair of community organizing and program development at the Silberman School of Social Work at Hunter College, admired how “gracious, gentle, and generous” Ortiz Hendricks was when she was at Hunter, calling her “the female mensch.”

Christine Deleo, Ortiz Hendricks’ niece and herself a social worker, painted an intimate and joyful portrait of a woman who always had scissors in her handbag to give people haircuts, who was always there for the birth of children and who wanted to be a ballet dancer and had a superb singing voice. Deleo told the story of how Ortiz Hendricks picked up her child at the funeral of her own mother and said, “One life ends, another life begins.”

All the speakers testified to her indomitable spirit in the face of the devastating treatments she underwent to combat her cancer.  They shared how how much she tried to remain connected to the life of the school and show by example how a leader leads even in the midst of pain. (A touching article about Ortiz Hendricks’ fight appears in Conscious Magazine.) 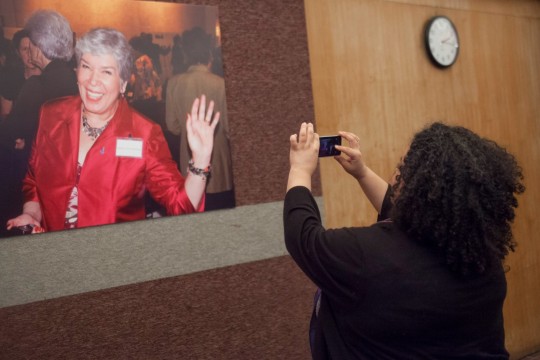 Wurzweiler has established The Dean Carmen Ortiz Hendricks Diversity Scholarship Fund to continue Dean Hendricks’s passionate mission to encourage Latino students and other minority students to attend Wurzweiler to obtain degrees in social work. Gifts can be made online at http://yu.edu/hendricks.