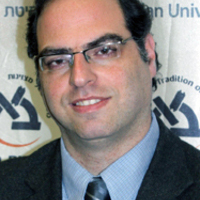 Dr. Barak Cohen is currently a senior lecturer in Jewish studies at Bar-Ilan University, with interests in legal interpretation and decision-making in the Babylonian Talmud. His academic work also addresses historical aspects of the Jews in Babylonia, such as the history of the schools, source of early legal traditions, the chronology and hierarchical relationship among the Sages.

Dr. Cohen was born in Montreal in 1984 and made aliyah two years later. After finishing his military service, he enrolled in The Open University of Israel in Tel Aviv to pursue medicine.

But his medical studies took an unexpected turn when he met Dr. Meir Simcha Feldblum, a noted Talmudic scholar. Dr. Feldblum, who died in 2002, received both rabbinical ordination and a PhD from Yeshiva University, where he taught for over 20 years. He then made aliyah and taught at Bar-Ilan University for over 18 years.

Their conversations convinced Dr. Cohen to switch his focus from medicine to Jewish studies, leading to one degree in Jewish history and two more degrees in Talmud and rabbinics. “In Talmudic research, you try to understand and analyze how the main ideas of Judaism were created in ancient times. Reincarnation, angels, demons – who created them? This kind of research spoke to me, just as it speaks to many of the students who come to Bar-Ilan to study.”

Dr. Cohen first came to Yeshiva University in 2011 at the invitation of Dr. Yaakov Elman, who recently passed away, after Dr. Elman had read his 2011 book The Legal Methodology of Late Nehardean Sages in Sasanian Babylonia. Dr. Cohen returned in 2013 to teach again and had been in touch with Dr. Elman just before his death about his current sabbatical here.

“Teaching at YU is a special experience for me. At YU, I have a wider variety of students than in my classes in Bar-Ilan University, and it’s exciting to teach research methods to students of all types.”

This semester he is teaching a course at Bernard Revel School of Jewish Studies on “the intellectual history around the creation of law in early Judaism. How was law created? What is the relationship to Roman law in the eastern provinces?”

He also has other projects in the works. “One is dealing with mental illness in ancient society, a project being done with possible funding from the Israeli Science Foundation. In our research proposal, we claim that to understand this, we need to see it through their eyes, the eyes of the ancient society, and compare it to Roman law and medicine in ancient society. Dr. Steve Fine will be part of this research group, contributing his knowledge of archaeology and art in ancient history.” 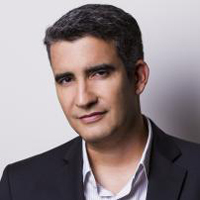 Dr. Harel Chorev-Halewa is the head of the Doron Halpern Middle East Network Analysis Desk of the Moshe Dayan Center for Middle Eastern and African Studies at Tel Aviv University. During the 2018-2019 academic year, he has taught two courses in the Yeshiva College political science department: Networks and Power in the Middle East in the fall semester and The Palestinian Century for the spring semester.

“I’m a historian, not a political scientist,” he explained, “but one area of expertise for me is implementing network theory in historical studies. This is an interdisciplinary field that developed in the last two or three decades and is a confluence of processes that come from social studies, biology, math and physics, making it useful for any kind of social studies, including political science.”

Dr. Chorev-Halewa describes network theory as a toolbox that “helps us understand very diversified phenomena, whether they take place in human societies or the brain. The logic that applies to a certain network—say, a social network—is basically the same logic, both with its strength and weaknesses, that applies to other kinds of networks as well. Networks are networks.”

As an example, he described how his doctoral dissertation used network theory in a comparative study of two Palestinian clans in the West Bank, and he showed how, as organizations, they were absolutely different in terms of goals, strategies and structures. “So, you can apply this toolbox to any contemporary research, including political science.”

For Dr. Chorev-Halewa, coming to YU has something of an emotional charge to it. “I’ve known about YU for many years, and it’s been both fascinating to me and has made me feel very proud that there was this leading Jewish academic institution outside of Israel which is so prominent, distinguished and respected worldwide. All it took was a very kind invitation from the Provost to get me to spend part of my sabbatical here.” 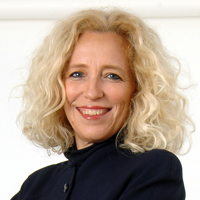 Dr. Mina Teicher is an internationally renowned scientist, with a broad expertise in algebraic geometry, algebra, applied mathematics and neuroscience. She is on the faculty of the Department of Mathematics and part of the Gonda Brain Research Center at Bar-Ilan University (BIU) as well as the director of the Emmy Noether Institute for Mathematics. She is a vice president of the International Commission for Mathematical Instruction, a former vice president for Research and Development at BIU and a former chair of the USA-Israel Binational Science Foundation.

“I am teaching a course this semester,” she explained, “titled Topics in Applied Mathematics: New Applications of Mathematics. The students and I will be exploring new applications of mathematics to such areas as neuroscience, cryptography, cybersecurity, architecture and financial markets. The modern focus and educational objectives of this initiative fit well with Dr. Berman’s vision to expand the training for new industries, to open new markets of students and to develop new educational pathways.”

Dr. Teicher has been an active promoter of scientific collaboration between Yeshiva University and BIU. Several students from Stern College for Women have studied with her in the Gonda Center, such as Yael Eisenberg ’19S, a Kressel Scholarship winner who worked on doing mathematical analyses of brain waves, recorded via magnetoencephalography.

In a 2012 essay she wrote for the Institute for Advanced Study in Princeton, New Jersey, titled “The Mathematics of Beauty,” she explained “how mathematical notions can be used to express beauty—the beauty of man-made creations, as well as the beauty of nature.” It is this pursuit of beauty—of elegance and simplicity—that underlies much of the scholarly work she has done in the field of mathematics. 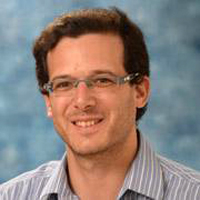 Dr. Noam Shamir, assistant professor of management at Tel Aviv University, is teaching this year in the Information and Decision Sciences program at Sy Syms School of Business during his sabbatical leave.

“During my sabbatical,” Dr. Shamir said, “I was looking for additional opportunities for new research and experiences, and at YU, in whose mission I really believe, I have found both of these. I am especially excited to be working with faculty members like Avi Giloni, who is doing work similar to mine.”

For example, a conflicting incentive might be for a retailer to overestimate the strength of a market for a product and tell the manufacturer to make more product than the manufacturer, perhaps having less (or more) information about that market, is willing to do. “They need to establish a way to share information disparities that can lead to better-informed collaborative decisions, perhaps through contracts that call for sharing information in an explicit manner and can thus better allocate risk.”

In addition to teaching Statistics, which is a core class, he is also teaching Decision Modeling. “In that class,” he explained, “I am teaching the students how to take a business problem and create a model of that problem to solve the model and offer an interpretation for a solution.” In teaching this approach, he also cautions his students that the model is not the same as the reality they’re investigating. “I explain to students how to take a very complex reality and simplify it into something you can solve in the model, but an important issue is to understand how to take what the model gives you and apply it back to reality.”

Dr. Shamir finds that “YU is a unique place in how it combines the learning of Torah with top-quality secular education—this doesn’t happen even in Israel. I have also learned to admire the efforts of the students. They learn something during the morning, then they learn in the afternoon—I appreciate their difficulties in doing this and doing it well.”

“Universities are centers of higher learning,” said Dr. Selma Botman, provost and vice president of academic affairs, “but no single university contains all knowledge. When professors, scholars and researchers from other institutions come to YU as visiting professors, our university is able to benefit from their knowledge, scholarship and research. These visitors enrich YU’s intellectual capital, reminding us of the larger context within which all academic endeavors take place.”