This winter, the Yeshiva College and Stern College Dramatic Societies will be performing two uniquely American musicals. 1776, opening on the Wilf Campus December 3, offers a hilarious yet insightful take on the signing of the Declaration of Independence. Bye Bye Birdie, opening December 11 on the Beren Campus, tells a heartfelt story about small-town America at the peak of Elvis fever—and the Korean War.

YUNews spoke to actors and members of both casts about key moments to look out for in their productions, as well as their favorite, funniest and most surprising experiences so far.

What moment should we keep our eyes peeled for?

Rafi Skier, actor, “Charles Thomson” (1776): I wouldn’t want to spoil any of the fun for the audience, but my suggestion is to keep your eye on Ben Franklin. He bounces off every other character in a hilarious way, but he’s also got a serious opinion about everything deep down that will come out later in the play.

Tani Isaac, dramaturge and actor, “Benjamin Franklin” (1776): I would say the end of the song “He Plays the Violin.” I don’t want to say anything more than that.

Hannah Rozenblat, actress, “Edna” (Bye Bye Birdie): I recommend always watching the characters because you never know what they’ll do next. But you might want to particularly watch out for the moment when Conrad Birdie’s charm becomes a bit too much for my character, Edna, who is the mayor’s wife.

What has been the biggest surprise so far in this semester’s production?

Aliza Slepian, director (Bye Bye Birdie): The biggest surprise for me was watching the auditions. Here were people I’d seen around school for years who came to auditions completely transformed. It was extremely entertaining—we laughed so hard we often ended up crying.

Isaac: The talent of the new actors. We have a lot of new blood this semester and they are extremely talented.

Ariel Meiri, actor, “John Adams” (1776): The amount of excitement this play has generated both on and off campus. While Yeshiva College Dramatic Society (YCDS) productions are always very popular, it is rare that tickets sell at such a fast rate.

Lin Snider, director (1776): The members of the cast bring their own interpretations of the characters from their perspectives and imaginations, which together make this production unique. As young actors, they often actually take more risks than more seasoned actors and so we get a fresh view from their eyes of the risks our founding fathers took to create our country.

What is your favorite moment?

Meiri: My favorite moment of every YCDS production usually occurs during the two or three weeks prior to opening night. By that time, the cast members are already very familiar with the play and can focus on developing their characters. It’s also the time when we integrate all of the other aspects of production—props, costumes, music, lights, set, etc.—into our rehearsals. I look forward to the moment when all of the finishing touches have been made and I know that after all of our hard work, we are finally ready to perform in front of a live audience.

Ayala (Yali) Raichlin, choreographer, actress, “Margie” and “Gloria Rasputin” (Bye Bye Birdie): I love the character of Mrs. Peterson, played by Tova Lahasky. Although a smaller role, she is absolutely hysterical and the ultimate Jewish mother.

What have you learned from being involved with drama?

Slepian: Self-expression, communal accomplishment, and most of all, leadership. I’m still trying to find the right balance between being aware of individuals’ needs and simultaneously making the difficult decisions necessary for the show as a whole.

Meiri: Including this semester, I have been involved in YCDS for the last seven semesters (six as an actor and one as a stage manager) and I can honestly say that I have treasured every moment of it. YCDS has given me a level of self-confidence and shown me just how much can be accomplished by a group of people collaborating towards a mutual goal. There is one person in particular who has been the impetus for most of the success I have enjoyed in YCDS, my wonderful director, Lin Snider. Lin has always encouraged me to be the best I can and has never failed to believe in my capabilities.

Rozenblat: Being involved in drama is such a life-changing, eye-opening experience. It’s something I wouldn’t trade for the world. I have learned how important it is to sometimes just let go of your inhibitions and ignore your feelings of self-consciousness and just have fun. You feel like you’re on top of the world.

What is the funniest thing that has happened during rehearsals?

Skier: One time I called up the representative from Rhode Island (Stephen Hopkins) to sign the Declaration of Independence as Mr. Stephen Hawking. Another time, the courier brought me the wrong letter, and instead of reading it I had to run offstage and chase after him to get the right letter. The scene kept moving and the actors on stage laughed and improvised around it. These things occasionally happen during live performances and it’s good to see we’re up to the challenges this play may yet have in store for us! 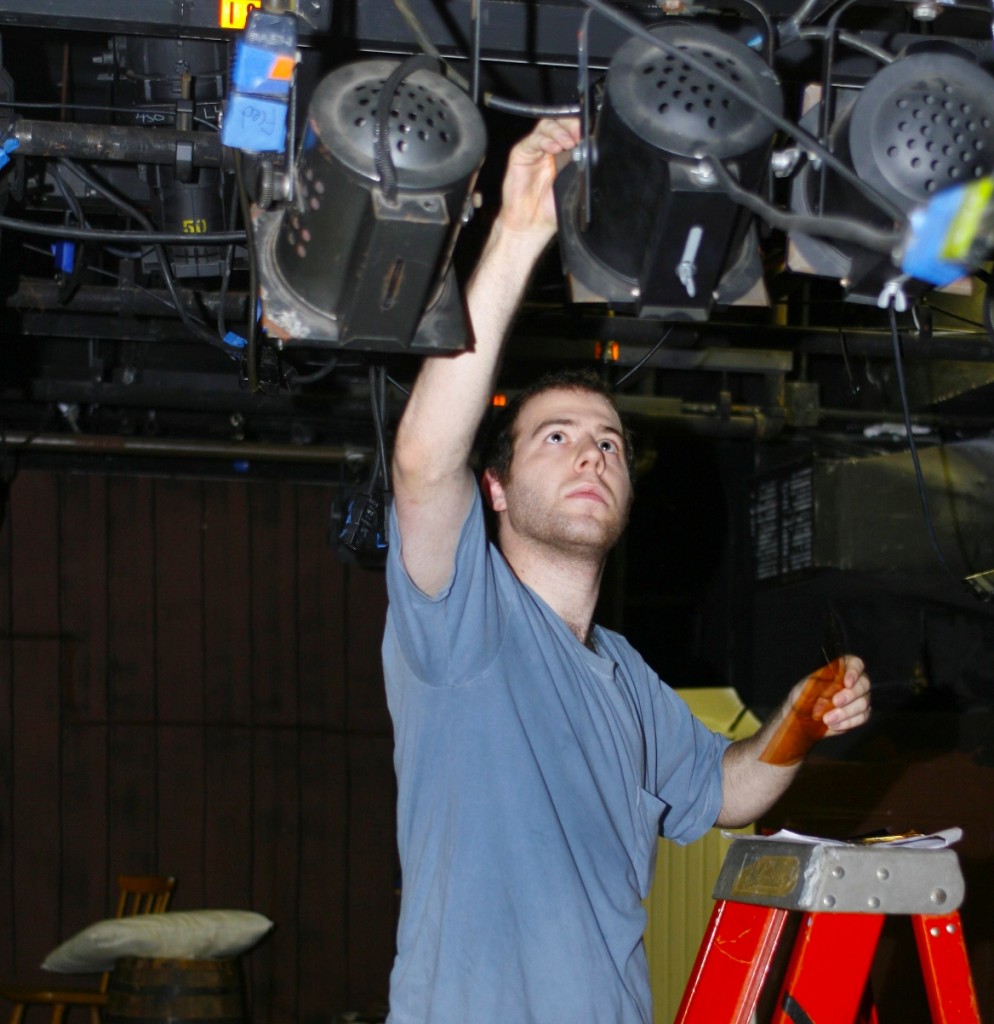 Slepian: There’s a scene where one character leaps into the arms of another, and one night, the second actress wasn’t paying much attention and kept dropping her. It may not have been that funny to her but we were thoroughly enjoying ourselves.

Isaac: One of the funniest things that happens pretty much nightly is Lin, our director, writes short-hand notes on our performances as she watches us. No one can read her handwriting and sometimes even she forgets. One night, all we had to work with was, “Hopkins, go away.”

Rozenblat: Laughter is said to be healthy for both the body and the mind. So rehearsals for Bye Bye Birdie are wonderful for us. I can recall a few instances where people couldn’t even stand straight because they were laughing too hard.

Tickets for 1776, running December 3-8, are available for purchase in the Rubin Hall lounge and Stanton Hall from 12 p.m.-10 p.m. Tickets for Bye Bye Birdie, running December 11-13, will go on sale next week and can be reserved online by emailing sterndramatics@gmail.com. All tickets are $7 and 14% of proceeds will benefit Students Helping Students. To learn more about the productions, visit the Yeshiva College Dramatic Society and Stern College Dramatics Society on Facebook.