Dr. Edward Belbruno, clinical professor of mathematics, has received the Humboldt Research Award from the Alexander von Humboldt Stiftung/foundation of Germany for his accomplishments in research and teaching in mathematics as applied to celestial mechanics, astrodynamics and astrophysics. 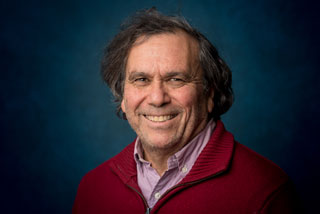 The Humboldt Research Award, Germany’s most prestigious award in mathematics and sciences, is granted “in recognition of a researcher’s entire achievements to date; to academics whose fundamental discoveries, new theories or insights have had a significant impact on their own discipline and who are expected to continue producing cutting-edge achievements in the future,” according to the Foundation’s web site. Each Humboldt Research Award recipient receives €60,000 (about US$71,000) and an invitation to spend a period of up to one year working on a long-term research project with colleagues at a research institution in Germany.

Belbruno, who joined Yeshiva University this year, is recognized by the academic community as the first to apply chaos theory to finding new types of low-fuel trajectories for spacecraft. His theory was demonstrated in 1991 when it was implemented in the rescue of a Japanese lunar probe.

“It is a real honor to receive this award and to represent Yeshiva University,” Belbruno said. “I am looking forward to going to Germany in mid-2018 and working with my colleagues at the University of Augsburg.”

“This is an extremely prestigious award in recognition of lifetime achievements,” noted Dr. Marian Gidea, chair of the mathematics department at Stern College for Women and professor in YU’s graduate programs in mathematical sciences. “Its past recipients include many Nobel Prize laureates, as well as Field Medalists (the equivalent of Nobel Prize for mathematics). It is a great honor for our colleague as well as for YU.”