It started simply as a way to share divrei Torah with friends.

As a student in a community day school in Toronto, Ontario, Alex Maged had enjoyed sharing Torah thoughts in the school’s newsletter. He was excited to continue his own Jewish growth after high school at Yeshiva College. But fewer opportunities for learning would be available to some of his closest friends as they moved on to secular universities.

“I realized they wouldn’t have a regular outlet to hear divrei Torah from, so I would send them things,” said Maged. “What mattered was the personal element. If I sent them something somebody else wrote, they might not read it. But if it was written by someone they knew, perhaps they would.” 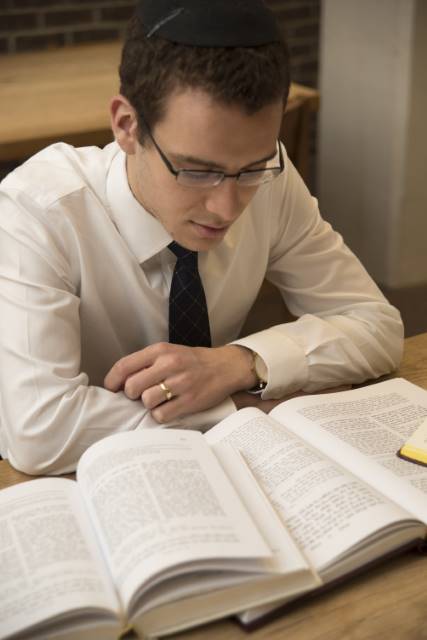 So Maged decided to create a weekly blog that would focus on a unique kind of Torah thought: his own. Though he drew regularly each week from sources as diverse as Biblical and Talmudic texts to Western philosophy and ancient Near Eastern literature, the concept of each post was original, carefully researched and written by Maged alone for the small group of friends he hoped would read it. Called  “What’s Pshat?”, the blog follows a few simple guidelines.

“The goal is for you as a reader to feel that you are engaging with the Parsha directly, and to discover within it insights that are sophisticated on both a textual and a theological or moral level,” said Maged. “It’s very much inspired by figures like Rabbi David Fohrman and Rabbi Jonathan Sacks, and I like to incorporate secular sources as well. I’m trying to put together the kind of literary observations and analysis one might find in a more academic journal, with a message that resonates with the average person.”

He added, “After all, at the end of the day, it’s not a journal article, it’s a dvar Torah.”

Initially, Maged was a bit nervous about the amount of time he found himself spending on the rigorous researching and composition of his articles; he wondered whether it was compromising the time he had for his own independent learning. But on a Shabbaton at Stern College for Women, an encounter with Rabbi Lord Jonathan Sacks, Kressel and Efrat Family University Professor of Jewish Thought at YU, brought him clarity.

“I asked him how he became so knowledgeable about so many things,” said Maged. “He told me that as a young man, his own rosh yeshiva had instructed him to teach subjects that he didn’t have much of a background in, and that forced him to develop one. It was so true. The process of trying to formulate ideas in a succinct and relevant way has forced me to crystallize thoughts, push myself to learn how to use all the resources that are available to YU students, and explore new sources that I’ve never seen. It’s also helped me with retention, because after you’ve worked an idea over in your head so many times, it’s bound to sink in.”

As he wrote, Maged found himself more and more immersed in the blog and the process of creating content for it. But he also noticed a funny thing happen: the more he wrote, the more people began to read and respond to the blog.

“I got really into it and it bloomed from the few friends I was writing for to over 1,200 followers,” he said. “Some of the people who have offered positive feedback are incredibly humbling: Rabbi Shalom Carmy, Rabbi David Fohrman, Rabbi Jonathan Sacks, Rabbi Yaakov Beasley. There have been dozens of prominent Jewish scholars and communal leaders who subscribed, too—Rabbi Hayyim Angel, Dr. Aviva Zornberg, Rabbi Yehoshua Fass and Rabbi David Aaron, for instance—and that’s been incredibly humbling as well. More close to home, I also started to hear it get quoted at Shabbat tables, which was really exciting.”

Stories about the impact his divrei Torah were making began to trickle back to Maged. A rabbi mentioned that he refers to “What’s Pshat” regularly when preparing sermons to deliver to his congregation, and a few campus rabbis who work with the Orthodox Union’s Jewish Learning Initiative on Campus (JLIC) mentioned to Maged that they also relied on the blog as a resource. Another reader told Maged she had shared an article with her class at Hebrew Union College, where they all studied it together. It was especially meaningful for Maged to hear his own professors at YU quote his articles in class. “It made me feel like I have a role to play in the cycle of learning,” he said.

Maged’s studies at Yeshiva College have been at the heart of the cyclical process. “Whatever I’d learn in my secular classes that week, I’d bring to bear in my articles,” he said. “I’d learn in a psychology class about the bystander effect and I would happen to see it in that week’s parsha. It was exhilarating.”

He added, “That’s why I absolutely love my time at YU. The rich secular studies complementing the Jewish studies feels like a heaven for me.”

Maged was especially intrigued by something his professor, Dr. Eliezer Schnall, would do at the end of each class: “He just says how what we learned in psychology that day relates to Torah and demonstrates where to find it in a Biblical or rabbinic text. Professor Schnall inspired me to do the same thing with my work.”

Schnall is a regular reader and commenter on Maged’s blog, as is another one of his closest spiritual and intellectual mentors, Rabbi Shalom Carmy, associate professor of Bible at Yeshiva College. “I have been to his house many Shabboses, we have a weekly chavrusa, and we’re in constant email contact,” said Maged. “He even said one of the sheva brachot at my wedding. He’s had a huge impact on me.”

“Alex came to YU with the ability to write easily and well, to entertain and express ideas that are original and plausible, together with an appetite to learn more and expand one’s horizons, and to digest criticism cheerfully,” said Rabbi Carmy. “This combination is exceedingly rare in a culture where academic types tend to stolid conformity and whimsical indulgence often passes for creativity.”

Now Maged is in his senior year as a major in political science at Yeshiva College’s Jay and Jeanie Schottenstein Honors Program, and the future is wide open. “I really love doing what I do—this blogging and writing and sharing Torah ideas,” he said. “I get so much from it, spiritually, intellectually and emotionally. For now my plan is to continue doing it, trying to expand the readership, and see where it goes from there.”