From Student to Revered Faculty Member, Perlman Retires After Six Decades at YU 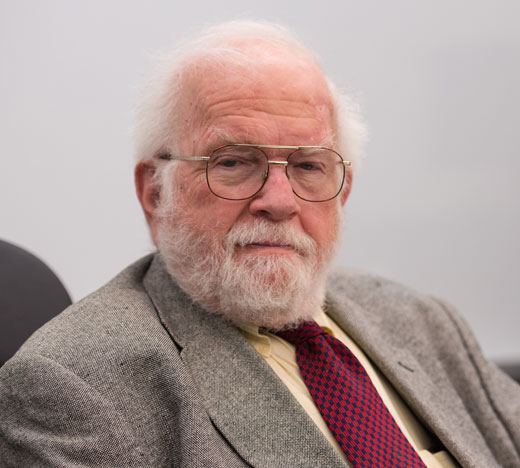 After an academic career at Yeshiva University of more than 60 years, Dr. Marcel Perlman, professor of psychology and former chair of the Division of Behavioral and Social Sciences, retired this September.

Born in 1934 in Prague, Czechoslovakia (now the Czech Republic), and named by his mother after the author Marcel Proust, he arrived in the United States with his family in 1939 at the age of four. The Perlmans made their way from Brighton Beach to Borough Park to Washington Heights to Mount Vernon, where he did most of his growing up. At the age of 18, he crossed the Westchester border into New York City to begin his college career at New York University, drawn there by an accelerated academic program they offered. “But I found NYU to be too large and impersonal for me,” he observed. “So, in my sophomore year, I enrolled in Yeshiva College, and I’ve never regretted that decision.”

At Yeshiva College, he majored in psychology, influenced in his choice by two teachers, Helmut Adler and Gottfried Delatour, both of whom he remembers to this day with great fondness. “In fact,” he observed, “Delatour was probably the most inspirational teacher I ever had. He was brilliant and modest at the same time – and an exciting teacher.”

Perlman decided to stay within the YU family and continued his studies at what would later become the Ferkauf Graduate School of Psychology. He earned both a master’s degree and a PhD, and, in the process, unexpectedly found that he liked to teach. As a third-year student, he was working as a teaching assistant when the instructor, Boris Levinson, suffered a sudden heart attack. The dean at the time tapped Perlman to teach the remainder of the class: “I was scared to death but found that I really loved it.”

He became a full-time faculty member in 1958 and has taught at YU ever since, in part because of a very important discussion he had with Dr. Samuel Belkin, YU’s second president. “Twenty years into my teaching career,” he recalled, “I had a professional opportunity offered to me to start a new program at a major hospital, but it would have meant leaving YU.” He couldn’t decide whether to stay or go, so he arranged to discuss the matter with Dr. Belkin, “a man I deeply admire to this day.”

After he laid out the facts, “Dr. Belkin looked at me and said, ‘Perlman, where are you going? You have a home here.’ And he was exactly right: I had a home at YU. And so I stayed for the next 40 years and never looked back.”

During his six decades at YU, he has participated in the enormous changes that have swept through the discipline of psychology, but nothing has excited him as much as the analytical possibilities opened up by non-invasive technologies like functional magnetic resonance imaging. “With these techniques, we can actually see and measure some of the things we could only speculate about before – we can see them happening in real-time in the brain, and this affects the treatment models we use with our patients.” He adds to these technologies the advances in psychopharmacology. “In my early work, we essentially had thorazine, a tranquilizer that destroyed the liver and the kidneys; now we have drugs that really work, where the side-effects can be managed with more precision.”

“Right now, this is an exciting field,” Perlman noted, “and it’s that excitement I try to convey to my students in every class I teach.” 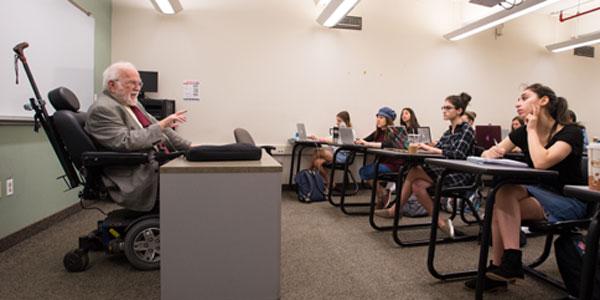 In fact, Perlman feels that his true legacy at YU is the students who go on to become professionals in the discipline “because of something they heard or something they experienced by being in my classes or by discussing things with me.” “I am so gratified when former students of mine say to me, ‘I’m in this field because of you, because you made us think,” he said. To Perlman, it doesn’t matter if they become psychologists or psychiatrists or social workers. “I’m agnostic about the discipline,” he said. “What’s important is for people to improve the whole area of mental health and all its clinical aspects, and I’m gratified that my students can be part of that work. That is my concrete legacy.”

During his time at YU, Perlman has taught courses on all the campuses, mentored and supervised hundreds of students, and served on multiple committees, including the search committee that initially brought Dr. Karen Bacon, the Mordecai D. and Monique C. Katz Dean of the Undergraduate Faculty of Arts and Sciences, to the University as dean of Stern College for Women, an accomplishment about which he feels very pleased. “I am very proud of Dean Bacon,” he said. “She is what I would call ‘quietly strong.’”

“There are only a few faculty members who, over the course of their careers, are viewed by their colleagues as ‘elder statesmen,’ both knowledgeable and wise,” said Bacon. “Marc Perlman is in that category and has earned the reputation of being someone to turn to on matters large and small. ‘Colleague,’ ‘friend,’ ‘devoted teacher’ and ‘loyal YU alumnus’ are words that come to mind as I look back on Dr. Perlman’s career. This is a record to applaud and admire, and I salute him.”

As for his retirement, “I don’t think it will be that much different than what I’m doing now,” Perlman said. “I’ll do some writing, see my patients, teach some classes. I really enjoy what I do – I am, and have been, a lucky man.”