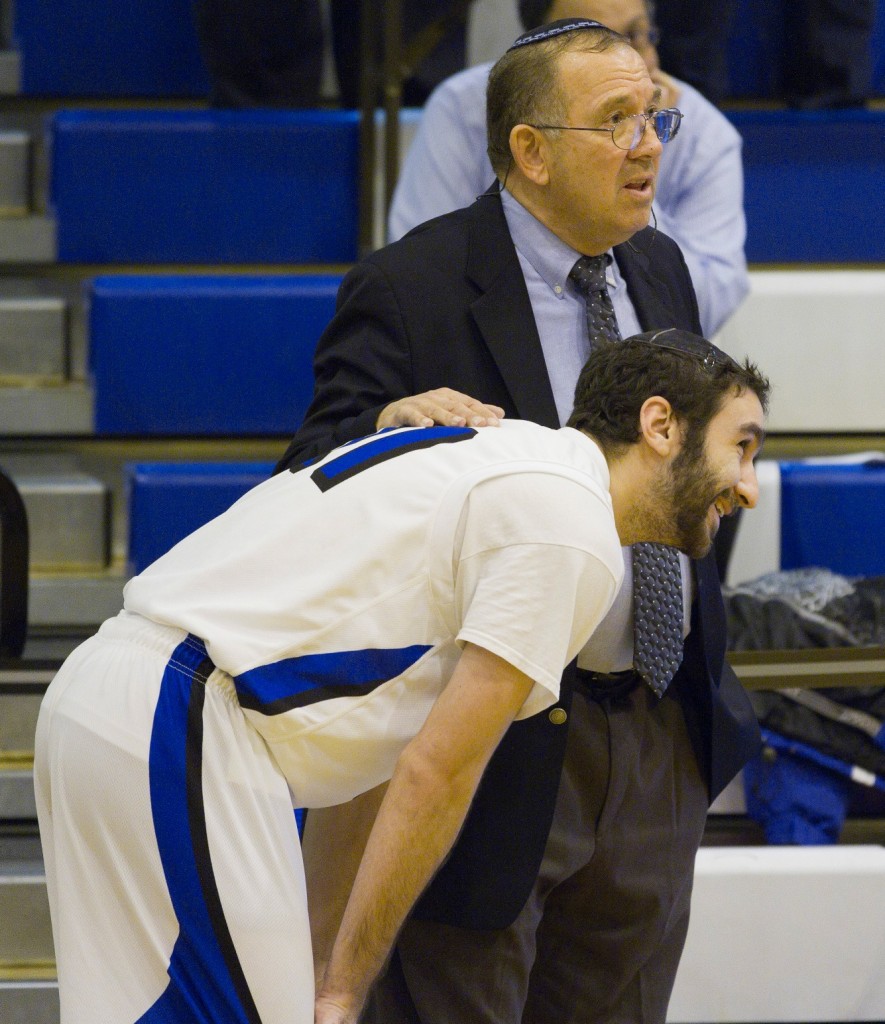 “I have always believed that a true measure of success is consistency,” said Halpert. “Four hundred wins means a lot to me, because despite the constraints of Yeshiva’s dual academic curriculum, I have been able to give countless young men the opportunity to compete and win.”

A former Maccabee point guard, Halpert is a graduate of Yeshiva University High School for Boys, Yeshiva College and Ferkauf Graduate School of Humanities and Social Sciences. He took over the Maccabees roster in 1972 and is the longest tenured men’s basketball coach in New York City history.

“For four decades, Coach Halpert has imbued the Macs and the entire Yeshiva community with the values of sportsmanship, teamwork and Jewish pride,” said Yeshiva University President Richard M. Joel. “He has taught our players so much more than how to win and how to play the game of basketball the right way—he has taught them how to live their lives.”

Halpert has received a pair of Skyline Conference Coach of the Year awards (1999-00, 2009-10), as well as the National Association of Basketball Coaches “Guardians of the Game” honor in 2003-04. The Metropolitan Basketball Writers Association bestowed him with its “Good Guy” award in 1997-98 and he led YU to a pair of College Basketball Officials Association Sportsmanship Awards in 1979-80 and 1996-97. During his illustrious career, Halpert has coached over 300 student-athletes, as well as a trio of father-son tandems, including his own son, Rafi, who is in his first season as an assistant coach for his father at YU.