This summer, 27 Yeshiva University students have arrived in Israel to serve as counselors on YU’s Center for the Jewish Future’s tenth annual “Counterpoint Israel Program,” an immersive service-learning initiative that aims to empower the next generation of Israeli youth via an exciting, Jewish values-driven summer camp experience. 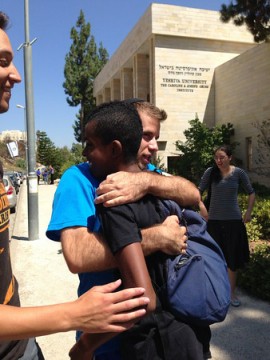 Based on the North American Jewish camping system, the students will run two separate camp sessions in two cities at a time: June 29 – July 9 in Kiryat Gat and Kiryat Malachi, and July 12 – 22 in Dimona and Arad. In addition to teaching English classes and running workshops in arts, fashion, music, dance and sports, the Counterpoint Israel staff will also teach their Israeli campers about Jewish history, heritage and culture through special trips and activities in Jerusalem.

“Every summer, Counterpoint campers find new levels of confidence through the expansion of their English vocabularies – the acquisition of knowledge and skills leaves the campers with a heightened sense of accomplishment,” said Kiva Rabinsky, director of Counterpoint Israel. “Additionally, conversations with their American counselors, who are religious Jews, and taking part in Jewish heritage programming results in the exploration of their personal and Jewish identity – exciting growth of a different kind. As always, our hope is that our multifaceted and innovative Counterpoint programming will improve the skills of the Israeli teens while helping them develop a positive self-image and a strong connection with traditional Jewish values and their own Jewish identities.”

In addition to educational excursions and team-building exercises in locations around the country, each group of campers will take part in Counterpoint’s “Jerusalem Heritage Field Trip” program, including a historical tour and a scavenger hunt in the Old City’s Jewish Quarter, the City of David, and the Western Wall promenade. 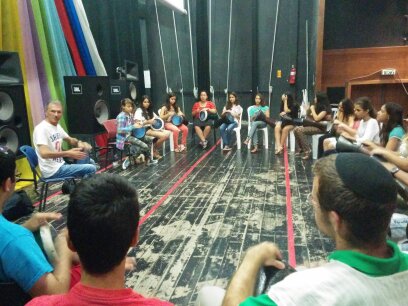 This summer’s program also marks the 40th anniversary of Counterpoint internationally. Launched in 1974 as “Torah Leadership Seminar,” an informal Jewish education program for high school students in Australia, the Counterpoint formula has been replicated in the years since in South Africa, South America, Turkey, Canada and Israel with great success.

“For the last 40 years, Counterpoint has transformed the lives of thousands of high school students and inspired its counselors, consistently YU’s best and brightest, to become agents of change in the world around them,” said Rabbi Kenneth Brander, YU’s vice president for university and community life and a past head adviser of Counterpoint Canada. “The ways in which this initiative has shaped Jewish communal leadership and communities like Dimona and Arad over the years is a testament to the life-changing power of Counterpoint. So many leaders of Jewish communities throughout North America and in Israel are products of Counterpoint. As this innovative program marches on, it is exciting to think that the counselors and campers of today will be among the Jewish leaders of tomorrow.” 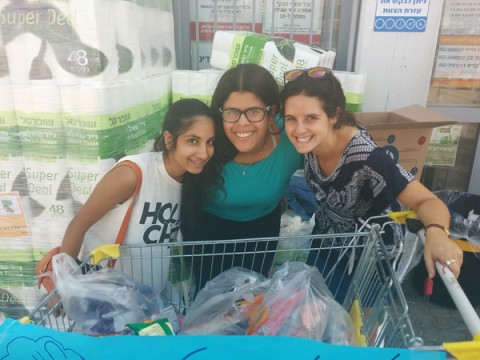 Counterpoint Israel 2015 is run with support from the VIP Passover Yizkor Appeal and Neal’s Fund, in memory of Neal Dublinsky z”l.