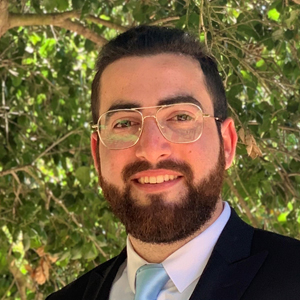 As an IT Automated Intelligence Intern in the office of the Chief Information Officer of Sony Pictures Entertainment, Derek’s goal involved creating “a program that would automate the data analysis process in the Sony Pictures Entertainment database.” The final program was well received, and the database managers plan to use it “very often, to see how far along they are in the company’s data migration.”

As an analytics major, he acquired many practical and technical skills from his work. “I learned Python and some coding for Amazon Web Services, and I experienced how to manage a massive relational database, both of which I don’t get to do much of in the curriculum for my major.”

In addition, “I really learned a lot about how to handle myself in a corporate environment in a way I truly believe will help me in the future.” He expanded his network and hopes to use his new contacts to begin a mentorship at Sony’s New York office, and eventually grow that into an internship and then a full-time job. He also credits the Career Center at YU for the help they gave him creating an eye-catching resume and cover letter and helping prepare him for his interviews.

Perhaps one of the most important lessons he learned this summer had nothing to do with coding or databases. “I spent the whole summer in LA,” he explained, “in a very diverse company of about 3,000 employees, of whom I only met about 10 who were Jewish. Against some advice I received, I wore my kippah every day, and people respected me for it. The company brought me kosher meals when we had intern gatherings, and although I received many questions about my customs, they were never directed with malicious intent. I encourage everyone to hold strong and be proud of their traditions, even in a very non-Jewish environment.”