In May 2019, the most recent cohort of Yeshiva University graduates stormed the job scene, eager to launch their careers and land their first “real” jobs. Fortunately, there’s a dedicated YU community providing them with a professional runway, eager to help them take off. It’s a community whose support can last their entire journey. 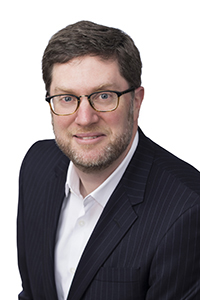 If Lawrence Askowitz ’87YC, co-chair of the Yeshiva University Wall Street Group, has his way, that community will only become stronger.

With more than 30 years of capital markets and mergers and acquisitions experience, Lawrence, Managing Director at Bank Street, has had a career that’s flourished at Lazard, Credit Suisse and Deutsche Bank. During the course of his career, he has originated, structured and executed more than $200 billion of financial and strategic transactions for many of the leading companies in the telecom, media and technology (TMT) sector, and has gained extensive board of directors experience in the telecommunications industry, including at 180 Connect, Horizon PCS and Lumos Networks.
Among his impressive endeavors, Lawrence has helped the YU Wall Street networking group take flight. According to this alumnus, these groups offer a proven track record for success.

How does the YU Wall Street Group support students looking to find positions in the financial fields?
I don’t think of the YU Wall Street Group as a network for people who are just trying to get jobs, although I’m happy that participants are able to use it this way when needed. I would guess that job-seekers account for less than five percent of the attendees and another five percent are students. The overwhelming majority of people are happy at their jobs and at the top of their careers, and come to our events because they find the topics fascinating. By attending these great events, they have a natural way of reconnecting with the university in a very positive atmosphere. All we ask in exchange is to mentor a student and give them a chance at an internship and job opening.

So it’s about networking?
Absolutely that’s a part of it, but it’s not just networking to find jobs. It’s also about networking to advance your career. You may meet an attorney with expertise in a field you need, or a venture capitalist who needs a banker for a portfolio company, or a hedge fund manager looking for an independent board member for an investment. Participants discover all kinds of networks.

Research has shown that there’s a lot to be said about “whom you know.” Do you agree?
Networking isn’t just about meeting that one person who has a job to fill. It’s about creating an ecosystem where participants better understand the excellence of YU’s program and the quality of its students so that they’re eager to bring those students onto their teams. As an example, I was able to get a managing director from a top-tier fund to attend one of our events which was focused on his core business. He had graduated from YU 20 years ago and no longer had a connection to the University. He was incredibly impressed by the high-profile speakers and the successful alumni in attendance. After that, he reached out to the career center and is now poised to hire a YU student.

So it’s a win-win situation?
Actually, I think our networking groups create a win-win-win-win situation. It’s a win for the panelists, who recognize that they’re speaking to a network of top professionals. It’s a win for the people in our group who are excited to learn from these expert panelists and meet great people in their field. It’s a win for students, who may find mentors and future employers because these groups create an excitement about YU. And it’s a win for YU, because as people appreciate this ecosystem we’ve produced, they’re more inclined to send their kids to YU and to provide support themselves. It also reconnects people with their alma mater. It’s mutually beneficial all around. What could be better than that?