Most college students haven’t had the opportunity to immerse themselves in centuries-old history through a hands-on archaeological dig in Israel, and even fewer have done so amid blaring sirens warning of impending rocket attacks.

For five Yeshiva University undergraduates, a summer course that focused on investigating the archaeology, ecology and history of Tell es-Safi, the biblical city of Gath, took an unexpected twist when they found themselves in rocket range during Israel’s current Operation Protective Edge military offensive against Hamas in Gaza. The YU group, led by Dr. Jill Katz, clinical assistant professor of archaeology, was at Kibbutz Revadim on the southern coast of Israel near the Ashdod and Ashkelon regions when the conflict began.

“We were located 40 kilometers from Gaza and thus had about 45 seconds to run into a bomb shelter once we heard the siren,” said Katz. “While the kibbutz where we were staying had many accessible shelters, the dig site did not, and our instructions were simply to lie down in our excavation trenches for several minutes when the siren went off at the nearby power plant.”

On average, they heard two to three sirens a day and were able to see the Iron Dome missile defense system at work intercepting the missiles, hearing the subsequent explosions when the rockets landed. But they were not to be deterred.

“It was terrifying and unsettling at first, but we kind of got used to it,” said Sima Fried, who will be entering Stern College for Women as a sophomore this fall. “Every siren was heart-stopping but that eventually became our norm. The program was able to continue as planned. For the YU team, safety was the number one priority and we decided it was important for us to stay.” 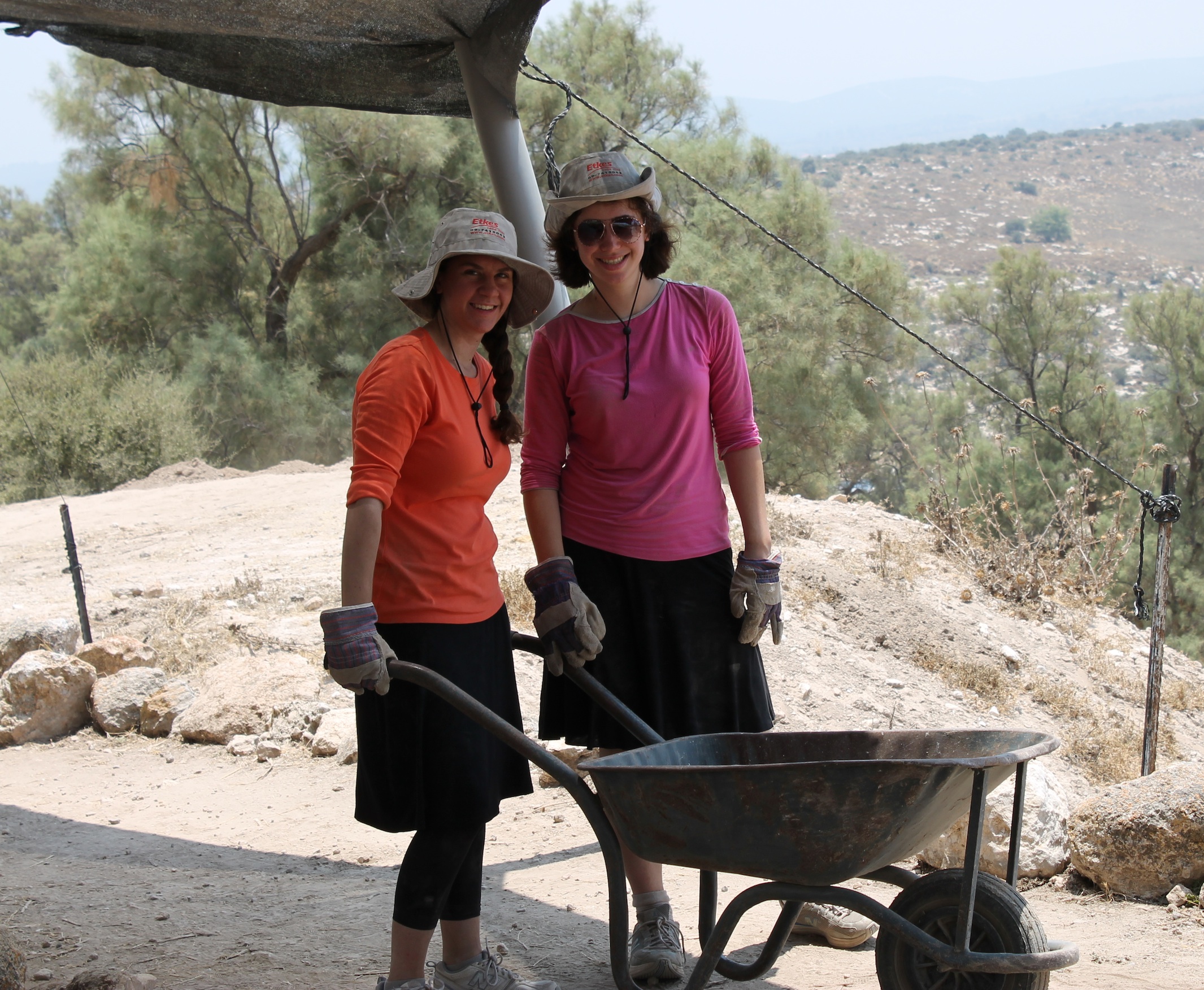 This is the eighth summer that YU has offered this month-long, three-credit course to undergraduates, who joined dozens of other students and professors from Israel and around the world at the excavation site (directed by Dr. Aren Maeir of Bar Ilan University) to dig for artifacts, sample soil, record architecture and take excursions to other archaeological sites in the country.

For Asher Perez, a senior at Sy Syms School of Business who will be graduating in September, the class was a unique learning opportunity that also fit right into his summer travel agenda. His experience in Israel was preceded by a stint in China and was to be followed by a tour of South America.

“The dig in Israel was a chance to have a break in between my travels and experience the archaeological side of Israel I had only previously read about,” he said. “It was fascinating in many ways. I enjoyed the teamwork it required and learning from Dr. Katz about the different processes and terminology that related to our daily digs.”

When the sirens first sounded at the start of the war, the group was instructed to stay at the kibbutz instead of working at the excavation site, but that restriction was lifted two days later as everyone acclimated to the frequent — yet no less frightening — disruptions.

“On the second day, when the Kibbutz reopened its swimming pool to the children, we felt that some sense of normalcy had returned and we were able to continue with our work,” said Katz. “The Iron Dome is really an amazing piece of technology, and if not for that, there’s a good chance we would have canceled the excavation and possibly relocated to the YU campus in Jerusalem.”

The group was in touch with YU administrators in Israel, including President Richard M. Joel who was visiting at the time. Although a third of the other student volunteers at the excavation left and traveled back to their respective countries, “we made the decision as a group to stay,” said Katz. “None of the YU students felt fearful, and the Israeli archaeologists appreciated that we chose to continue with the project and that our university was not pulling its students out of Israel. We helped create some semblance of normalcy for our Israeli counterparts.” 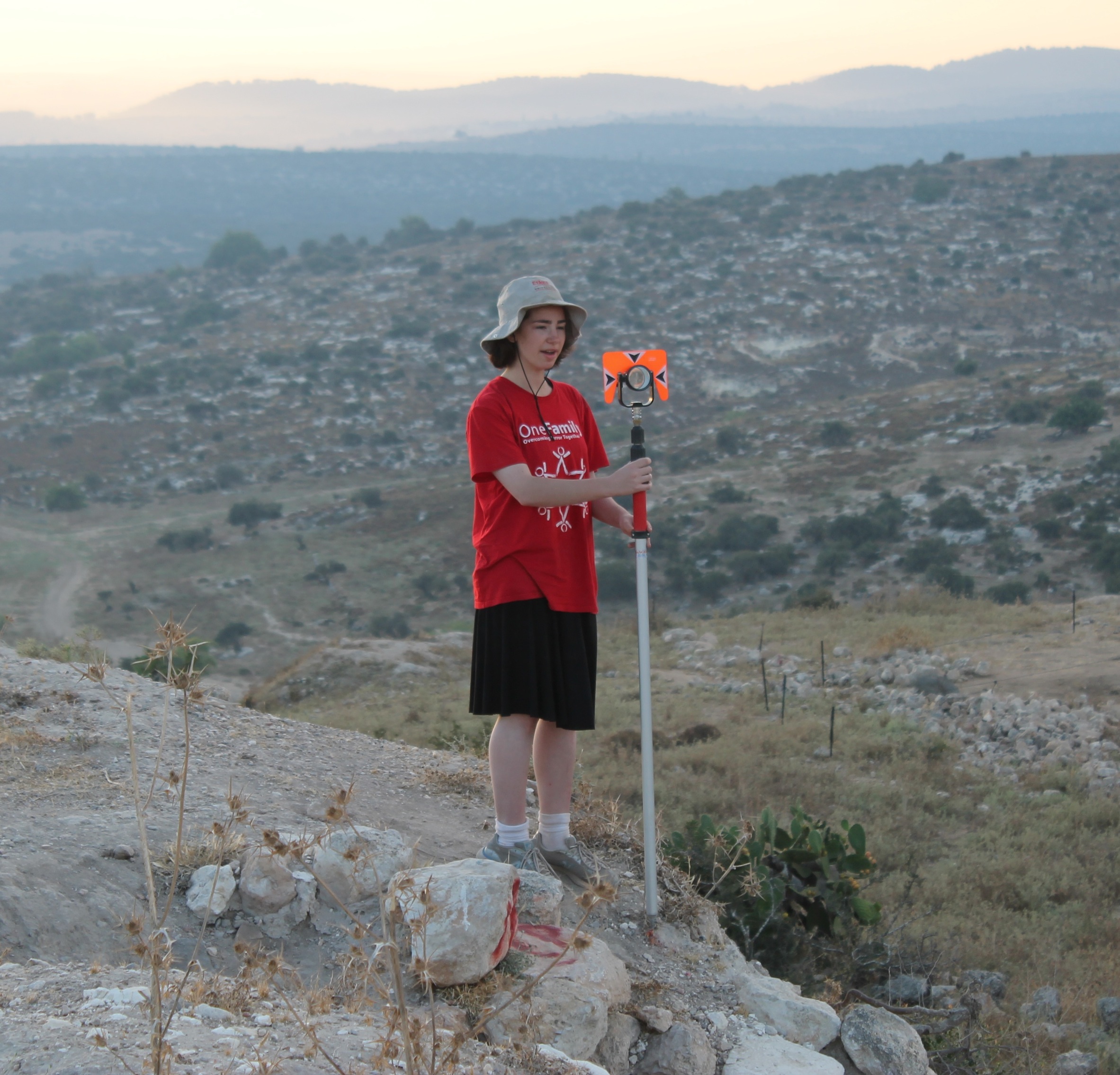 “Personally I did not feel threatened by the rockets that were being launched at us, however I have seen people experience trauma over the attacks, even when they didn’t appear to be in harm’s way,” added Perez. “The YU group dealt well with the situation.”

Sirens notwithstanding, the excavation was deemed a success, with students unearthing several whole vessels from the late Canaanite and Philistine eras that were over 3,000 years old, in addition to pottery shards, necklace beads and an animal figurine. The YU students also enjoyed the sense of camaraderie that permeated the group and learning from the other students and professors who worked alongside them.

“It was a very diverse group of people of all ages from all walks of life, and everybody was very passionate about what they were doing,” said Fried. “I have always loved history and this was an extremely unique opportunity to immerse myself in it and feel like I was part of something. We were digging up parts of people’s lives and each piece you find is part of the story. We worked with experts in the field and they were all great resources and so happy to sit down and talk to us and invest in our education.”