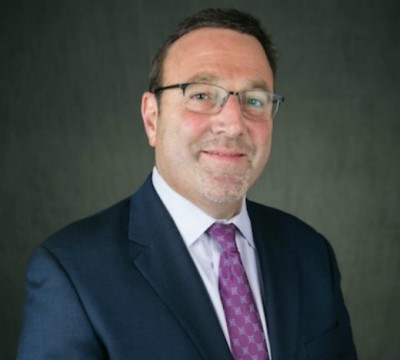 On March 30, 2017, Dr. Alec L. Miller will receive the second annual Distinguished Alumni Award from Ferkauf Graduate School of Psychology for the work he has done over the last twenty-five years with multi-problem suicidal adolescents.

He will have a scholarship created in his name and also deliver a public lecture, titled “Self-Harm: The Coping Strategy for Youth in the 21st Century – Guidelines for Families, Schools, and Mental Health Professionals.” (Register here for the lecture and contribute here to the scholarship fund.)

“This is a wonderful honor for me to receive this award, especially to have a scholarship created in my name because Ferkauf is near and dear to my heart, and I hope students who receive this scholarship will have a strong interest in working with suicidal youth.”

As his extensive list of books, research publications, lectures and conferences shows, he has achieved significant success in working with this population by adapting a therapeutic approach, Dialectical Behavioral Therapy (DBT), to provide these teenagers and their families with tools that help keep them alive and lead positive and productive lives.

Miller will be the first to admit that he did not achieve this success single-handedly “because I love the notion of ‘team,’ and as much as possible I carry that into my professional life.” He works closely with a talented group of collaborators at Montefiore Medical Center (particularly Dr. Jill Rathus, currently teaching at Long Island University), and at Cognitive and Behavioral Consultants LLP (CBC), the group practice and training center he co-founded in 2004 with Dr. Lata K. McGinn, who is also director of clinical psychology in the PsyD program at Ferkauf.

Intrigued by the challenges and puzzles of human psychology from an early age (both of his parents worked in health professions, his father as a psychiatrist), he headed off in 1984 to the University of Michigan in Ann Arbor, where he obtained both a BA in Psychology and a lifelong devotion to the Michigan Wolverines, the University’s football team. (MGoBlue paraphernalia graces a good bit of shelf space in his office.)

During his college summers at home, he worked at Cornell University’s Westchester Division of Psychiatry, now called NewYork-Presbyterian/Westchester Division, doing recreational activities with patients. “That work really solidified my interest in the field of mental health after working with patients diagnosed with schizophrenia, bipolar disorder, and other significant psychiatric conditions.”

After graduating from Michigan, Miller moved back East to be with family and friends and attend Ferkauf. He was accepted into the PsyD program and found himself exhilarated by “the fantastic faculty who gave me a tremendous breadth of training in different theoretical orientations, including cognitive behavioral therapy, which is evidence-based, researchable and researched, and skills-based – which suited me very well.”

After graduating from Ferkauf in 1993, he took a job at Four Winds Hospital in Katonah, New York, working with teens and families in acute distress on a short-term outpatient basis, and then, a year and a half later, took over the directorship of a sub-specialty clinic called the adolescent depression and suicide program at Montefiore Medical Center.

He quickly realized that, while he had what he called his “dream job,” he was ill-equipped to deal with suicidal adolescent outpatients – an underserved and crisis-oriented population. He recalled, with a touch of wry humor, that “I had psychology students and psychiatry residents asking me, ‘What do we do?’ and I’d say, ‘That’s an excellent, excellent question – let me get back to you on that.’”

He partnered with Rathus, a colleague at Montefiore and the research coordinator of his clinic, to find evidence-based treatments developed for suicidal adolescents. But despite the fact that suicide was the third leading cause of death for young people (following accidents and homicides), there were none.

However, they did learn that with DBT, created by Marsha Linehan at the University of Washington for adults with borderline personality disorders, the symptoms DBT addressed – impulsivity, negative responses to distress and limited self-understanding of urges – mapped perfectly onto the lives of the suicidal adolescents within their clinic. They believed they had found the solution to their problem and immediately traveled to the University of Washington to train with Linehan.

What made DBT powerful was the “dialectical” in the title, referring to the balance of acceptance and change strategies applied to patients.  “We help our patients adopt the dialectical notion that they are both doing the best they can in this moment and, at the same time, they need to do better, try harder and be more motivated to change. We give them an array of new skills, such as replacement behaviors, and help them find a middle path approach to how they think, feel and act.”

Over the ensuing two decades since that fruitful discovery, in collaboration with others like Rathus and Lars Mehlum, director of the National Centre for Suicide Research and Prevention at the Institute of Clinical Medicine, University of Oslo, Norway, Miller has generated a profound body of work explaining how DBT can help vulnerable people manage emotional states that when, out of control, can be dangerous for themselves and the people around them. (For instance, Dialectical Behavior Therapy with Suicidal Adolescents, published by Miller, Rathus and Linehan in 2007, is used by clinicians worldwide to treat suicidal teens and their families.)

Miller has also brought DBT into school systems.  For the past decade, Miller and his team at CBC have been working with about 30 schools in the tri-state area on DBT techniques, so that school personnel can teach DBT “life skills,” such as mindfulness, emotional regulation, distress tolerance, interpersonal effectiveness and walking-the-middle-path skills, to all students, not just to those identified as having difficulties.  Miller and his colleagues recently published a book for general education teachers, guidance counselors and others. Titled DBT Skills Training in Schools: The Skills Training for Emotional Problem Solving for Adolescents (DBT STEPS-A), the skills are segmented into 30 lesson plans so that they can be taught within a standard class period.

Miller is extremely satisfied that CBC finds itself in the midst of an exciting process of growth and change, not only with the clinical care they provide but also through the internships, externships, and training programs they are offering. “We’re big proponents of training both students and established professionals to disseminate the knowledge into the community.”

Outside of CBC, Miller is a School Board Trustee at the IDEAL School in Manhattan and serves as a Board Member of Project 375 with Brandon Marshall of the New York Jets, an organization created by Marshall to reduce stigma surrounding mental illness. He also serves on numerous committees of professional organizations as well as on editorial boards of several professional journals.  He’s been honored many times over for his work during the last quarter-century

Miller also works hard to find the middle path in his own life.  “I’m passionate about the work we do, so I have to balance my enthusiasms to ensure adequate time for my other passions, like family and friends and all the things important to me.” This includes spending quality time with his wife, Samantha, who also graduated with a PsyD from Ferkauf in 2001, coaching his son’s and daughter’s sport teams (soccer and softball) and playing keyboards for a local band. “I feel like I’ve done a reasonably good job at finding the balance, and I am content with where my life is at the present moment.”