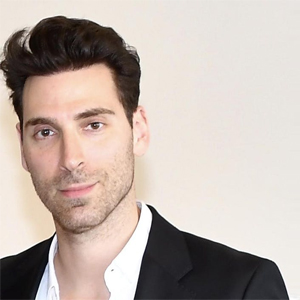 In addition to being the chair of the Department of Fine Art and Music at Yeshiva College, Dr. Daniel Beliavsky is also an associate professor, concert pianist, music theorist, composer, and filmmaker.

In that last capacity, as filmmaker, Dr. Beliavsky has been garnering many positive notices for Secret Music, his documentary about the Pulitzer Prize-winning American composer David Del Tredici. In 2018, it was screened at the Mostly Modern Music Festival in Saratoga Springs, New York, and this year, Secret Music has made the rounds at the Leslie-Lehman Museum in New York City; the Wisconsin Film Festival in Madison, Wisconsin; the American Music Festival in Troy, New York; and QFest Film Festival in Houston, Texas.

On October 12, 2019, audiences can see the film at the Lonely Seal International Film Festival at the Regent Theatre in Arlington-Boston, Massachusetts. Earlier that day, Dr. Beliavsky will perform a repertoire of Romantic era music as well as music by Del Tredici at Steinert Hall in Boston. At the Q&A following the festival showing at 5 p.m., he will play more of Del Tredici’s music.

Secret Music is his second foray into music documentaries. In 2011, Dr. Beliavsky’s production company, Opus1films, released Sonata (1957), a film about the distinguished American composer Donald Harris’s Piano Sonata Op. 1 and his early career in Paris. That film was shown at Lincoln Center in New York City and was broadcast on public television.