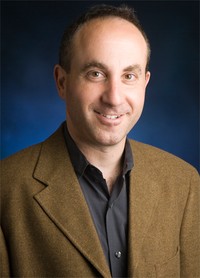 Feb 26, 2009 — Dr. Jacob Wisse has been appointed director of the Yeshiva University Museum, as announced by Yeshiva University Provost Morton Lowengrub, PhD. Dr. Wisse, a tenured Associate Professor, has been head of the art history program at Stern College for Women of Yeshiva University since 2005. His appointment follows the retirement of Sylvia A. Herskowitz, who served as director for 33 years.

“Jacob Wisse brings the dedication of a scholar, the sensibility of a curator and the experience of a leader to his new role as director of the Yeshiva University Museum. We are delighted that he has accepted this position and look forward to working with him in his new capacity,” said Dr. Lowengrub.

“These are challenging times for cultural institutions,” said Dr. Wisse, “but I am confident that Yeshiva University Museum will continue to flourish, and that through intelligent, creative exhibitions and programming our audience will grow. I look forward to developing and presenting a range of ambitious historical and contemporary exhibitions and educational programs, and to directing the staff in the exploration and interpretation of Jewish art, history, and culture.”

Dr. Wisse, 43, earned his M.A. and Ph.D. from the Institute of Fine Arts of New York University. He has a background in museum education and curatorial work. Through the Metropolitan Museum of Art, he earned a Curatorial Studies Certificate and was twice awarded the Museum’s Theodore Rousseau Curatorial Fellowship. This past summer, he was awarded a National Endowment for the Humanities summer stipend as part of the NEH’s We the People Project to research “New York City Firehouses: The Legacy of Renaissance Ideals in a Modern Urban Context.”

In his teaching, research and curatorial work, Wisse stresses primary and contextual study of art. He will continue to teach and guide the art history program at Stern College, where he was named Lillian F. and William L. Silber Professor of the Year in 2005-2006, his first year at the school. At Stern, he has introduced courses that use exhibitions and museum collections to complement the classroom experience, including a summer program in Florence on the art and culture of the Renaissance.

A Montreal native, where he received an extensive Jewish education, Wisse earned his B.A. from McGill University before going on to graduate school, where he specialized in northern European art of the late Medieval and Renaissance eras. His book, City Painters in the Burgundian Netherlands, will be published by Brepols Press in 2009.

Dr. Wisse is a member of the College Art Association, the American Association of Museums, and the Historians of Netherlandish Art, for which he serves as field editor for 14th and 15th century books. He lives with his wife and daughter in Manhattan.