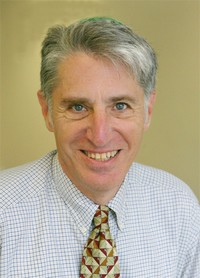 Once again, a major American sports enterprise has to be reminded that the religious interests of this country’s Jews, loyal both to their home teams and to their faith, demand respect. ESPN has apparently prevailed upon Major League Baseball to move the starting time of the Red Sox-Yankees game to 8 p.m. on the eve of Yom Kippur, Judaism’s holiest day, inconveniencing those who observe this holiday.

It is a distant replay of a comparable problem several months ago when the National Football League initially scheduled the New York Jets at 4 p.m. The game would have concluded after the fast day commenced—again to the discomfort and chagrin of Jewish seat-holders. These long-term consumers of the professional sports product will—in due course, if not immediately—upbraid those who are so thoughtless or insensitive. And if the recent past provides a track record, the offenders will most likely back-pedal in the face of these ardent defenders of Jewish rights.

But whether or not the Jews “win” this time out, their efforts in protecting their rights, and yes, privileges, speak to their comfort zone within America. It is no longer a question of whether an individual Jewish ball player will be forced to play or be given a pass on his holy day. They turned that corner 44 years ago with Sandy Koufax’s iconic stance. That particular athletes might today choose to compete rather than to observe speaks more to the personal dilemmas of Jewish identity that trouble the community and not to external prejudice.

What the predictable Jewish response represents is an assertion that they are so much part of this country that all concerned must take cognizance of that minority group’s inviolable, if particular, religious clock and calendar. Sports activities, it has been said, are community-defining situations. Today’s American Jews count themselves squarely within that line-up. Let the protests begin.

Update: After this was published, ESPN moved the Red Sox-Yankees game back to 1 p.m.