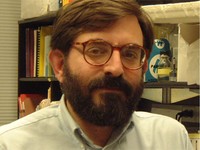 Apr 16, 2008 — Dr. Jonathan M. Backer has been appointed the next director of the Belfer Institute for Advanced Biomedical Studies at Albert Einstein College of Medicine. Dr. Allen Spiegel, The Marilyn and Stanley M. Katz Dean of the medical college, announced the new appointment. Dr. Backer succeeds Dr. Allan Wolkoff, who is stepping down after his five-year term as director.

“Jonathan’s own research has earned him an international reputation in molecular pharmacology, as well as the role of sought-after mentor to many promising young scientists here at Einstein,” said Dr. Spiegel. “His vision of working closely with the Einstein Postdoctoral Association to identify and implement improvements will most certainly enhance the postdoctoral experience at Einstein, raising its profile and reputation to attract the best and brightest.”

Dr. Backer graduated from Harvard College and received his MD degree from the joint Harvard/MIT program. Following a research fellowship at Harvard and the Joslin Diabetes Center, he joined Einstein’s Department of Molecular Pharmacology in 1993 and was appointed professor in 2002.

Dr. Backer studies a family of enzymes, known as the phosphoinositide 3-kinases (PI 3- kinases), which regulate key cellular activities. These enzymes are vital for normal insulin action, and inappropriate activation of PI 3-kinase signaling is strongly implicated in human cancer. Dr. Backer has trained some 20 individuals in his own lab and has served on the Belfer Institute Advisory Committee for nine years.

“The Belfer Institute for Advanced Biomedical Studies embodies Einstein’s commitment to provide post-doctoral fellows with an outstanding training environment,” said Dr. Backer. “Thanks to the medical school’s position as an international leader in biomedical research, postdoctoral fellows have tremendous opportunities to participate in groundbreaking science. As director of the Belfer Institute, my focus will be on enhancing those opportunities by improving the mentoring, career development, and quality of life assistance that we provide to our postdoctoral fellows.”

Dr. Backer will also be working with the Belfer Advisory Committee to improve communication between post-doctoral fellows and the Einstein administration.