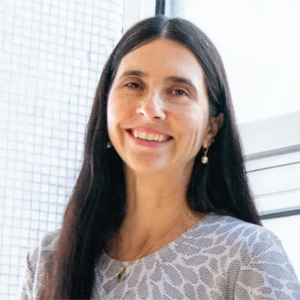 Dr. Lea Ferreira dos Santos, professor and chair of the department of physics at Yeshiva University, in partnership with Yale University, has received a three-year subaward for a project titled “CCI Phase I: NSF Center for Quantum Dynamics on Modular Quantum Devices (CQD-MQD).” The total three-year award is for $325,344. This is the third award Dr. Santos has received in the past two years.

YU News caught up with Dr. Santos to talk about the project. (NOTE: Yale University also posted a notice about this project.)

Can you give a brief description for the non-specialist of the nature of the research?

This is a collaboration among Yeshiva University, Yale University, Purdue University and the University of Michigan. The primary investigators (PI) are three theoretical chemists (Dr. Victor Bastista at Yale, Dr. Eitan Geva at Michigan and Dr. Sabre Kais at Purdue), one experimental physicist (Dr. Michel Devoret at Yale), and one theoretical physicist (myself). Dr. Devoret has developed a quantum computer based on superconducting devices. The goal of the theoreticians is to identify problems that cannot be solved on existing classical computers, such as the time evolution of quantum systems that have many interacting particles, but could be solved using this quantum computer, or as the award says, a “modular quantum device.”

How do the partnerships work?

The five PIs together with postdocs and students meet by Zoom on a regular basis. We will also organize two or three in-person meetings per year at Yale University. During the meetings, we teach each other the techniques and topics with which each one is familiar and we discuss results and new ideas.

Will YU students be involved in the work?

Yes. YU students interested in getting involved should contact me. There are several positions available for summer research, which will be carried out partially at Yeshiva University and partially at the other PIs’ universities.