The school shooting at Columbine High School in Littleton, Colorado, happened 20 years ago, on April 20, 1999. YU faculty members note how, even two decades later, the event has not taught us the lessons we should have learned and can still attract young people, provoke fear and re-ignite trauma.

Dr. Matthew Cuellar, assistant professor at the Wurzweiler School of Social Work, co-authored an op-ed with Dr. Daniel Kimmel, assistant professor of sociology at Yeshiva University, for the New York Daily News on April 19, 2019. They concluded that “many of the lessons we’ve learned from Columbine have been problematic, counterproductive or flat-out wrong.” Practices like “hardening targets” through security measures within schools have done nothing to reduce the overall levels of violence within the school themselves, violence below the level of a “rampage shooting” but just as emotionally damaging: bullying, fighting, theft, hate crimes and so on.

And while it has become commonplace, after a shooting, “for politicians and public figures to express support for improving mental health services. . . such sentiments are rarely followed by any effort to understand how to effectively address root causes of school violence.”

The authors conclude that “today, we are moving in the wrong direction. Our schools and communities need mental health programs and services at the forefront of prevention, and these resources must be readily available. To learn the right lessons from shootings like Columbine—or Sandy Hook, or Parkland—we must reframe the discussion around peer conflict and gun violence in schools today. Until we shift this paradigm, the cycle of violence will continue.”

On April 17, 2019, Julie Turkewitz and Jack Healy published a piece in the New York Times about the continual allure the two-decade-old event still has upon people, such as Sol Pais, a Florida high school student. This “armed 18-year-old woman with an infatuation with the massacre had flown across the country to Colorado and hundreds of schools had closed as a precaution as the authorities frantically searched for her. By day’s end [on April 17], the woman was discovered dead of an apparent self-inflicted gunshot wound in the mountains west of Denver.” 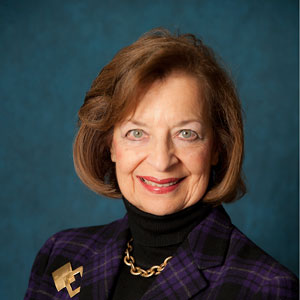 Dr.Urania Glassman, a clinical social worker and professor at Wurzweiler, noted the threat and the fears prompted by someone like Sol Pais have turned what was supposed to be a time of healing into a renewed source of trauma. “You have somebody who wants to throw a grenade on that parade and so do harm again,” Dr. Glassman said. “It retraumatizes people who were present and survived, it retraumatizes the families and it retraumatizes the communities.”