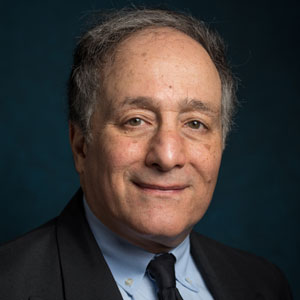 Dr. S. Abraham Ravid, professor of finance and chair of the finance department at Sy Syms School of Business, spoke with National Public Radio’s Marketplace on Aug. 13, 2021, about how the “vertical integration” of streaming studios today evokes old Hollywood’s power. Below is an edited transcript of the conversation with Marketplace Morning Report’s Sabri Ben-Achour.

Sabri Ben-Achour: You argue that there are actually parallels between what is happening right now in Hollywood and something that was happening in the 1940s. Can you take us back to the ’40s and explain what you mean?

Abraham Ravid: Yes, in the 1940s, the studios were vertically integrated. In other words, exhibition and production were integrated, were held by the same company. The exhibition then was only, of course, theaters, which meant that they could choose the movies that they would show. They could choose a combination of movies that they would show in theaters, they could prevent theaters that are not part of the integrated entity from showing movies. The artists in the 1940s were in long-term contracts and they were tied to a studio. So they basically worked for a studio regardless of how successful they were and only [at] the end of the contract, they were able to renegotiate the contract with a studio [or] move to another studio.

So basically, the studios made all the money from both the production, the success of films – to be fair, also if film a failed, it was theirs – and also from the exhibition of the movies. And they were able to push movies that were less successful as part of the package to theaters as well. That ended in the Paramount decision in 1948, which separated production from exhibition. In 2020, this decision was reversed in court. But it was reversed in a very narrow sense. In other words, studios can now, I guess, own theaters, but theaters are no longer the only or even the leading way of exhibition. So we’re now back to where we were, in the sense that the leading form of exhibition, which is streaming, is owned by the same people who are producing the shows. All the studios except for Sony essentially have streaming services.

Ben-Achour: A lot of actors are still paid based on movie theater revenue. As streaming becomes more important, do you think we’re going to see more fights between actors and studios, like this one between Scarlett Johansson and Disney?

Ravid: In the short run, there’s no question that the contracts have to be renegotiated. For streaming, it gets complicated. Because with streaming, so what if, for example, I offered the film free to everybody? Should I give you, I don’t know, some half a cent for every download? And by the way, who knows what the downloads are? I mean, you have to trust my reporting. There’s no objective reporting, nobody knows how many times the movie was downloaded. And then I could argue as the studio, look, I’m not making any money on this. Then as the artist, I could say, look, you know, 20,000 new subscriptions came in because of my movie. And I say no, no, they came because they love the rest of what I’m offering, how do you prove that it’s because of your movie?

So these things get very complicated. And the artists, what they’ve done so far, in the case, for example, of the “Wonder Woman,” the new “Wonder Woman,” Gal Gadot got, you know, flat pay to compensate her for the fact that the movie was offered in streaming. And my thinking is that at the end of the Scarlett Johannsson case, she’ll also get a flat fee. The problem is, these guys are OK, they have lawyers, they will get people that will help them. But what about the other people? You know, the smaller artists and the people are not that well known. They will not be able to say anything to the studio and their contracts might get worse.

Ben-Achour: So what do you think is the solution here?

Ravid: The solution in the short run will be to compensate the artists for streaming with some formula. In the longer run, if they were able to charge per movie, then you could go back to the old formula and say, $90 million in pay per view, that is a number that, you know, they have to report to the studio, they have to report to the artists and that number could be a base for the contract. But then they have a problem because they’re, you know, if I always have to pay for films, why do I subscribe to a service? And that goes back to the whole thing of whether subscription services are good for consumers or not? I think they’re not. You know, it would be better if I could watch a movie and pay per movie, whatever I want to watch, the way it was in the theater. That’s one of the big issues in streaming and that relates back to the contracts that the artists have.

Ben-Achour: Do you think in the medium to long run this kind of consolidation and vertical integration might attract the attention of regulators?

Ravid: Maybe, I think the main thing to my mind would be transparency. They should report their numbers, their downloads, how much money they made per film. And that will allow at least the artists to be able to get fairly compensated. The problem to my mind in the short and medium run, is that the streamers have a lot of information and they don’t necessarily release it. I would think it would be really helpful if they were forced to release the information and the numbers of downloads, how much they got paid per movies with a pay per view, this kind of information would be a first step in, you know, trying to do things better for artists and for consumers.

Ben-Achour: Do we need a new Paramount decision? Should these more powerful streaming production studios be broken up?

Ravid: In my opinion – and, you know, there’s a lot of buts to that – it would help if there was a separation between production and between the streaming services. And more importantly, that the streaming services, you know, legally would have to allow you to buy individual movies. That would be, you know, a great solution for the consumers who don’t have to buy packages, which are essentially the same as block booking in the 1940s, meaning theaters have to have bad movies with good movies. You, the consumer today, you have to buy a package in order to see a movie that you like. Sony is actually trying to do this, to basically not have a streaming service and to have short-term contracts with different streaming services. If they succeed that might show that the market might take care of this. I’m a little doubtful given the the huge impact and power of Amazon, Netflix and the others.