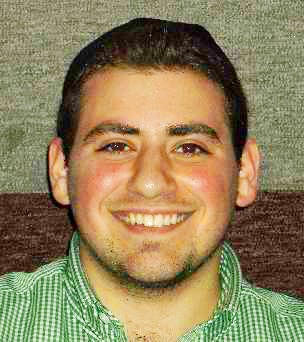 Isaac Snyder ’17YC, executive director of TEACH (Together Educating All Children in Hospitals), still remembers the moment the organization changed his life.

As a pre-med freshman at Yeshiva College, Snyder had initially planned to pursue a PhD in medical research and was working as a research assistant at State University of New York Downstate Medical Center in Brooklyn (also known as Downstate). He attended a TEACH info session and was hooked right away: “I think what really reached out to me was seeing pictures and videos of what a vast difference the TEACH volunteers made in the lives of hospitalized children,” he said.

TEACH is an international not-for-profit organization that was started by students in 2013 at Yeshiva University under the mentorship of Dr. Edward Burns, executive dean of the Albert Einstein College of Medicine. Student volunteers in the program offer hands-on STEM educational programming to children in hospitals to help them engage with the sciences through fun, interactive experiments.

Snyder had already done some shadowing in the hospital, following physicians and nurses as they made their rounds, and seeing what TEACH could do to fill the lives of the children with curiosity and enjoyment deeply impacted him. He volunteered his services, a choice that changed the direction of his life. Snyder recalled that when he taught his first TEACH module at Downstate, he had a patient who had tried to run away the day before. So, he taught the module by the side of the child’s bed.

“I was able to get him to come out from under the covers, and he enjoyed the experiment so much that he wound up not letting the staff take it away from his bed all day,” said Snyder. “That, along with some other things happening in my life, made me change my career goals to being a physician and wanting to treat children.”

He joined the TEACH board in the spring of 2014, and within a year, he was in charge of budgeting as well as educational programming, and after two years, he was running the organization as executive director. Today, Snyder oversees an organization of 1,000 volunteers working in 30 national and international hospitals serving almost 3,000 children.

Snyder’s intense commitment to the mission of TEACH also drew him to apply to the Philadelphia College of Osteopathic Medicine (PCOM), whose mission according to its website is to educate physicians who see “the whole patient” so that they can provide “the kind of health care that humanity needs.” “This school honestly stole my heart because I share those values immensely,” said Synder.

In fact, PCOM sponsors several programs that echo TEACH’s focus, such as PCOM Science and Math Summer Academy, which helps raise interest in STEM disciplines plus medicine at the high school and undergraduate levels, and the DLC STEMprep Project Training Program, which supports a pool of gifted students from minority populations from seventh grade through senior year of college.

“These are values that I grew up with and are very important to me,” said Synder. “For everyone in my family, community, tzedakah [charity], and being part of a community was very important.”

As he prepares to begin his medical studies there in August, Snyder still plants to maintain his close ties to TEACH. He also hopes to connect TEACH to the big hospitals in Philadelphia, an effort that he says PCOM will surely support.

“Research, building the TEACH curriculum, being a student, outreach, collaboration—this was my juggling act during college,” he said with a laugh. But then he thinks about the student who came out from under the covers to be part of the world, and it affirms his desire to embody the TEACH mission of healing through teaching, as well as his ambition to be a pediatric physician and help affect children’s medical outcomes “so that they can be healthy and happy and in a good mental state.”

Issac Snyder, Office of Alumni Affairs, TEACH (Together Educating All Children in Hospitals)