“These are difficult times and Americans feel it is time for a change,” said Dr. Danielle Wozniak, the David and Dorothy Schachne Dean of Wurzweiler. “And if that change does not start with you, then who does it start with? As social workers and engaged citizens going through this workshop, you will be able to step to the front and offer solutions that initiate a civil discourse that promotes civic engagement. I am thrilled that Wurzweiler can be a part of the answer and thrilled to welcome you here with the knowledge that change does indeed begin with you.”

Tanya Rhodes-Smith, director of the Institute, explained that since its founding more than two decades ago, the Institute has trained over 1,000 social workers to run for office and work on campaigns. “We have put social workers at the tables where policy gets made,” she said. The Institute’s work is grounded in the ethics of the social work profession, “a set of guidelines which we believe supersede parties but which also exist in a partisan context.”

In her welcoming remarks, Dr. Selma Botman, provost and vice president for academic affairs, spoke about her role in the political campaigns of her husband, Thomas Birmingham, the former president of the Massachusetts Senate. “Being involved in a political campaign is truly one of the most exhilarating, satisfying and excruciating activities you will ever be involved in. When you run for office, you’re not running to be elected as a person but as someone who cares deeply about your community and is passionate about the issues. I commend you all for being here today.” 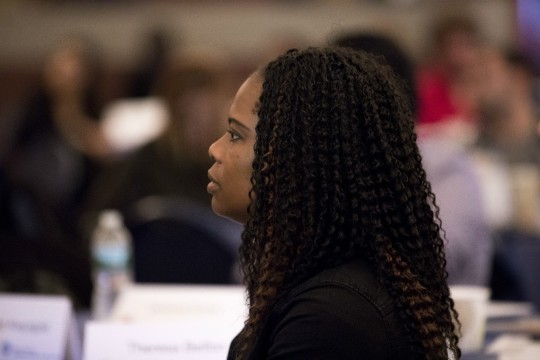 On the first day, Kate Coyne-McCoy led the audience on a tour through the who, what, where, when, how and why of running for office. Coyne-McCoy, who is a trained social worker and past president of the National Association of Social Workers, is founder of Campaign Fixer, which, according to its website, is “a full-service electoral and issue campaign resource [that] knows how to build and win campaigns.”

When she started her career as a social worker, she felt that the only way to help the hundreds of people whose lives she wanted to improve was to change the policies that affected them and that the best way to do that was to form an organization that would get social workers involved in political campaigns. “The skill-sets that social workers have make social workers perfectly positioned to be the perfect candidates for office,” she said.

Over the next six hours, Coyne-McCoy took the attendees through the nitty-gritty of running for office, touching on topics like the best ways to work a crowd, the endurance needed to sit in a windowless room for hours and “dial for dollars,” building a field team and creating a positive message, as well as mastering the minutia of voter registrations, district gerrymandering and the best ways to get people to the polls on election day. 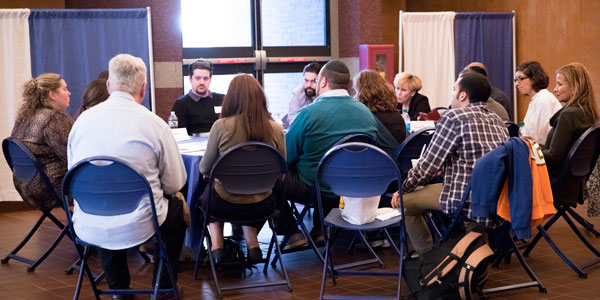 But Coyne-McCoy emphasized that the most important element of a campaign is the heart and passion the candidate brings to the process. “The crucial question that you have to answer is, ‘What is it you want to fix?’” she said. “Once you know that—and it can be anything from a sidewalk to national health care—you can tap into those qualities baked into you as a social worker and a human being—integrity, commitment, listening, collaborating, negotiating—and align your desire for repair with the people and the systems that can make that a reality. Remember: politics is just social work with power.”

On day two, attendees had the chance to get an inside-look on the political process from panel discussions by elected officials, legislative aides, community liaisons and fundraisers, as well as hearing a spirited and inspiring speech from New York State Assemblywoman Carmen De La Rosa.

Kaisha Harris, a part-time student at Wurzweiler, signed up for the workshop because her life’s passion and her day-to-day work is helping kids in trauma. “My favorite quote is from Frederick Douglass, who said ‘It is easier to build strong children than to repair broken men.’ To me, ‘social-working’ is a verb, and I can do that in my job, and I can do that in a political campaign—it’s all the same thing.”

“There are 650,000 social workers working today, according to the Bureau of Labor Statistics, and 95,000 students enrolled in social work programs at the undergraduate and graduate levels,” said Wozniak. “Getting them involved politically means shifting the political debate towards programs that relieve suffering and promote the health and well-being of ordinary people. We already do that as social workers; imagine what we can do as engaged citizens as well.”