In some ways it’s no surprise that Cantor Bernard Beer, director emeritus of Yeshiva University’s Philip and Sarah Belz School of Jewish Music, has spent most of the last 50 years engaged in the teaching of cantorial studies. As the youngest son of a prominent ba’al tefilah [layman who leads prayer services] in Brooklyn’s Borough Park in the 1940s, Beer grew up surrounded by the majestic and emotional chanting of the Jewish prayers, both at home and in the grand synagogues of his neighborhood, where Shabbat and holiday services led by renowned cantors were eagerly awaited by thousands of Jews. “I was born to this life,” Beer said.

This fall, after 48 years teaching at Belz and 31 as the school’s director, Beer will retire to focus on his own craft and the journal he edits, The Journal of Jewish Music and Liturgy. Cantor Eric Freeman will become the school’s associate director.

YU News sat down with Beer to discuss a lifetime of inspiration and memories at the helm of one of the most prominent Jewish cantorial schools in the world, and how the beauty of synagogue music continues to play a vital role in Jewish tradition.

What drew you to chazzanut? 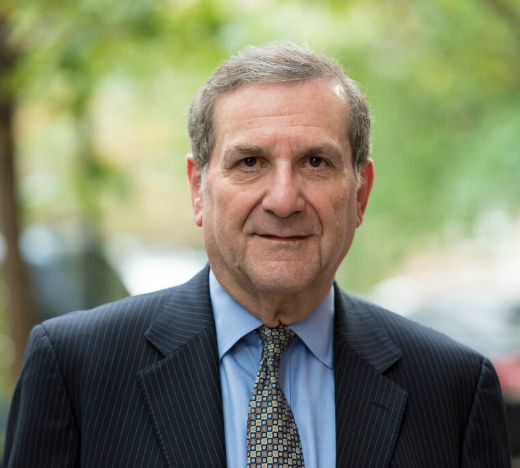 It was partly an inheritance. My mother was very musical; she would always sing in the house, and she played the piano. When I was 3 years old, she started to teach me songs—and was flabbergasted when I could repeat the melodies flawlessly, on-pitch! After that, my mother would put me up on a chair next to her, and we’d perform at family gatherings as well as bar mitzvas and weddings of family members. I even could sing most of the words to “The Anniversary Waltz.” Everyone would laugh and laugh because I could barely pronounce them. I thought they were laughing at me, but my mother told me they loved me.

At the same time, I was brought up with the very best that synagogue music had to offer. The greatest cantors of the day—for example, Moshe and David Koussevitsky, two brothers—were leading services in the synagogues of Borough Park, and my father, a sought-after ba’al tefilla himself, although not a cantor, would take me to hear them. Many of these synagogues even had fulltime choirs who would accompany the cantors. I so loved the music that I collected all their recordings—Rosenblatt, Koussevitsky, Hershman, Kwartin—and I played them constantly, until I could replicate them exactly.

For his part, my father taught me all the nusach chants for all the cycles of the year, including the High Holidays. By the time I was bar mitzvah, I was leading services.

What do you love about chazzanut?

I love the emotional effect of it. When you hear that music—especially the way it was presented by the masters of the profession—it has the power to inspire you. Synagogue music inspires people to pray with new and more emotion, to reach new heights. Even as a child I appreciated the way these cantors could embellish the plain nusach to achieve that.

What is your favorite service to lead?

The neilah service, the last service of Yom Kippur. As a cantor, it’s the culmination of all the prayers of the High Holidays. Leading that was always to me the most important, the most meaningful, and the most inspiring as a cantor. All the various melodies and nusach chants of the high holidays are incorporated into that small, compact service. The beautiful liturgy changes from one verse to the next.

How did you come to YU?

When I came to Yeshiva College in 1962, I thought I would go into education. But at the same time, I began studying at what was then called the Cantorial Training Institute (CTI) under Dr. Karl Adler, who had founded the music department in 1945, out of which grew CTI in 1954. I also studied with Cantor Macy Nulman, who later became the director, and Noah Schall, a prominent scholar in the field of chazzanut. I was fascinated by the manner of instruction. I had learned cantorial technique and nusach on a nonprofessional basis, but I didn’t realize until I came to this school that the instruction of nusach could be elevated as a subject on an academic level. We analyzed the modes we sang, we studied the origin of the liturgy and its musical accompaniment. I decided to switch my major to music.

Macy Nulman asked if I could assist him with his work at the Division of Communal Services (DCS), which would later become known as the Center for the Jewish Future. It was a hectic office—one of our jobs was to match synagogues across the country with cantors for the holidays, and come holiday season we were flooded with calls. I was only 19 or 20 years old at the time, but in this position I was actually a pioneer of sorts—this was a really new service being offered by YU to the entire Jewish community, and it became very successful.

When I completed my studies at CTI in 1965, I took a part-time position as a cantor in Queens, but I continued to work part-time placing cantors at DCS. In 1967 I was appointed as an instructor at CTI and at the Marsha Stern Talmudical Academy/Yeshiva University High School for Boys (MTA), where I taught Jewish, general and synagogue music. In 1983, CTI was renamed the Philip and Sarah Belz School of Jewish Music, and in 1985, I became the director. It was a great honor. There were only three cantorial schools in the country, and we were the only Orthodox one. And I loved teaching synagogue music as well as directing the school.

What accomplishments were you most proud of as director?

I expanded the Belz curriculum to include musical notations geared toward the layman ba’al tefilla, instead of just the chazzan, which enabled many different kinds of people to lead services. These days, very few synagogues employ fulltime professional cantors—laymen are becoming the leaders of services, and a survey I recently did found across the United States, many of those leading services in their synagogues were trained here at Belz.

I’m also very proud of our outreach programs. We travel all over the world—from Canada to Leningrad and distant parts of the United States where there’s no opportunity for people to learn this subject—and spend a day or two leading classes and sitting down with individuals to train them to be able to lead services.

At Belz, we’ve been at the forefront throughout the years in combating the lack of knowledge and misinformation regarding the musical service of the synagogue. Our time-honored melodic chants, our nusach, have united us throughout hundreds of years; they were handed down to us from generation to generation, and wherever you go, you’ll hear more or less the same melodies for the High Holidays and other parts of davening—whether you go to  a shteebel in Borough Park or a synagogue in Paris. According to halacha, we’re not permitted to change these melodies. Their preservation was something I always strived for as director and I think it will continue to be a crucial part of Belz’s mission.

Looking back on your years at Belz, what are your favorite memories?

Belz has had a major influence in the education of Jewish communities around the globe. Communities where very little training or Jewish education was available—they would send students to us so we could train them to lead services at the synagogue, and through the music and nusach, they would become observant and in many instances this actually became their profession. We had students from Russia who had no background at all, and the Joint Distribution Committee offered them scholarships to study with us. For example, one student, Cantor Vladimir Pliss, was studying to become a cantor in Moscow, where he was already officiating—but he could barely read Hebrew and didn’t know the correct nusach! He came to study with us diligently for a year, and we provided him with a method of learning that he mastered and took back with him to Moscow, where he’s still officiating more than 25 years later.

This is perhaps one of the major roles that the Belz School could play in the future as well, especially now that there are online classes being offered. We’ll be able to reach prospective baalei tefilla throughout the entire world and teach them how to lead services.

In many instances I have found that synagogue nusach and its music have brought people closer to observance.

I still run into students whom I taught 30 or even 45 years ago. Rabbi Marc Schneier of the Hampton Synagogue was a student of mine, and there were so many others from all walks of life—doctors, lawyers, businessmen, even roshei yeshiva. They all tell me that they still remember what they learned in my class. It’s amazing that when you learn how to lead the services or even read a megilla, it remains with you for the rest of your life. The services don’t change and neither does the nusach. Once you’ve got it, you have it forever.

What’s next for you?

I’ll still serve as the editor of the Journal of Jewish Music and Liturgy, which is published jointly by the Cantorial Council of America (CCA, an affiliated organization of Belz). It’s in its 33rd year, previously edited by Macy Nulman, my teacher and predecessor. I’m trying to expand upon it. I’ve also done recordings of the entire cycle of the year’s nusach, and I’m working to complete this project entitled, “A Nusach Legacy.” I hope to remain involved in our outreach programs as well.

When you look back on my life, to wind up as the director of a school of Jewish music was like a dream come true for me. Our field is unique because we’re the only Orthodox institution teaching this subject on an academic level.