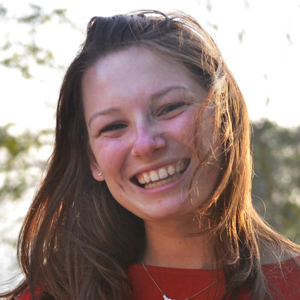 As a student enrolled in pre-law at YU, Ellie Parker had the most appropriate internship possible: working with Judge Ruchie Freier at the Kings County Civil Courts in Brooklyn, New York.

“As the judge’s intern, I was able to watch her on the bench and even sat next to her.” She was also able to do a lot of pro bono work with Ezras Nashim, the first all-female volunteer ambulance service in the Brooklyn headed by Judge Freier, whose code name on the ambulance’s two-way radio service is 93Queen. “I helped compile an ambulance application to the Regional Emergency Medical Services Council of New York City to get Ezras Nashim certified ambulances for use.”

Ellie treasured the the autonomy of her position. “Judge Freier gave me the freedom to speak my mind and ask questions. Additionally, I was able to work freely on projects that were immediately sent out. I feel like I had a real opportunity for change since I was given the reins and expected to produce results.”

In addition to helping Ellie solidify her career path, working with Judge Freier meant that she had the chance to work with “one of the most incredible and inspirational women I have ever met; it was such an honor to be able to work at her side.”