Jacob Stern ’20YC, Shani Kahan ’21S, Mordechai Walder ’20YC and Bar Alluf ’20YC are this year’s Kressel Scholars, winners of a Bertha Kressel Research Scholarship, a program established in 2008 by Dr. Henry Kressel ’55YC, chairman emeritus of the YU Board of Trustees and a special limited partner of Warburg Pincus LLC. The scholarship provides the students a stipend and support expenses to conduct a year-long intensive research project under the direct supervision of University faculty. Kressel Scholars are expected to share their work in professional and peer circles to stimulate a larger intellectual discussion on their chosen topics. 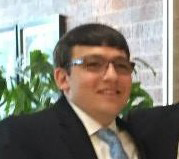 Jacob Stern ’20YC, from Edison, New Jersey, who also goes by Jake, is enrolled in the BA/MA in Mathematics Pathways Program at the Katz School of Science and Health. As a math major, Stern is researching Commutative Subgroup Pairs of B n with Applications for Cryptography for his honors thesis.

“In the late 1990s,” Stern explained, “a group of Korean mathematicians proposed a new cryptography scheme based on the structure of Braid Groups, an algebraic structure that literally mimics patterns of braiding. The research is fascinating since everyday objects, such as hair braids, challah braids and braided bracelets, can be mathematically described with Braid Groups.”

Stern’s research is being mentored by Dr. Michael Dalezman, assistant professor of mathematics; he also received guidance from Dr. Mina Teicher, a visiting professor from Bar-Ilan University during the Spring 2019 semester. “Dr. Teicher realized that the Koreans’ scheme could be expanded,” Stern said, which led to a number of interesting computational results. This past January, Stern traveled to Israel to spend a week with Dr. Teicher to advance his research.

After graduation this year, Stern plans to pursue a PhD in mathematics at the City University of New York Graduate Center. “I am very appreciative of how the Kressel Scholarship has contributed to my study,” said Stern. “The Kressel program has both encouraged me and helped to facilitate real mathematics research.” 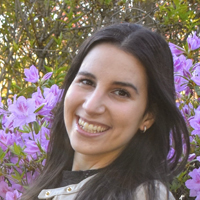 Shani Kahan ’21S, a biology major hailing from Great Neck, New York, is working with Dr. Anya Alayev ’03S, ’05E (MS), ’11E (PhD), clinical assistant professor of biology at Stern College for Women, on the discovery of a novel combination treatment for ERɑ-positive breast cancer patients that could be a game-changer for the treatment of the disease.

As she explains, her work involves using Indole-3-carbinol (I3C), a natural anti-carcinogenic compound found at high concentrations in vegetables in the Brassica family, such as broccoli, cauliflower and Brussels sprouts. Studies have shown that I3C suppresses the proliferation of tumor cells and induces apoptosis, the process of programmed cell death. As a result, I3C is a potential chemopreventive agent for certain cancers such as breast and cervical cancer.

As part of her research, Kahan is also studying the effects of rapamycin, an allosteric inhibitor of the mTORc1 signaling pathway, which is a metabolic signaling pathway often hyperactivated in certain cancer cells. While previous studies have shown that rapamycin maintains inhibition of mTORc1 signaling, its treatment alone has not shown to be effective on its own (as patients often experience relapse upon cessation of treatment).

Working together with Indole-3-carbinol (I3C), Kahan is of the opinion that the treatment may prove to be more successful. “Since I3C regulates apoptosis, in addition to mTORc1 signaling, the combination of rapamycin together with I3C is a novel and promising strategy in inducing apoptosis and maintaining mTORC1 pathway inhibition in ERɑ-positive breast cancers,” says Kahan.

Kahan is looking forward to fulfilling a lifelong aspiration of becoming a physician that assists those in need and dedicates time to exploring areas of uncertainty in medical science. She feels she has gained so much from the opportunity given to her as a Kressel Scholar and her work with Dr. Alayev. “One of my biggest goals in life is to contribute to society and make the world a better place,” says Kahan. “Through education and experience, my work on cancer research with Dr. Alayev allows me to see my dream transform into a reality.” 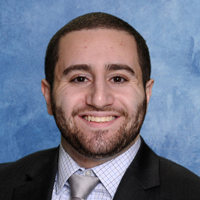 Mordechai Walder ’20YC, a chemistry major from Chicago, Illinois, is researching protein binding interfaces with Dr. Raji Viswanathan, professor of chemistry and co-chair of the department of chemistry at Yeshiva College. These interfaces are a key area of scientific investigation because proteins regulate many biological processes integral to the survival, functioning, growth and evolution of organisms.

“Amino acid residues are the functional subunits of proteins, and a protein’s binding interface is a cluster of its residues that interact with another protein to form a complex structure,” explained Walder. To understand protein interactions at the molecular level, the residues that form the binding interface must be identified. Because some experimental methods for identifying interface residues are expensive and time-consuming, researchers such as Walder must use computational prediction methods to expedite their identification. These methods are used in such areas of protein research as the study of protein modifications, disease-causing protein mutations and the design of protein binding inhibitors.

He plans on taking a gap year after graduation and then pursuing a PhD in bioinformatics. “The Kressel Scholarship stipend allowed me to pursue my research project, and its research funding has given me the opportunity to attend conferences that have enriched my understanding of the various areas of protein research,” said Walder. 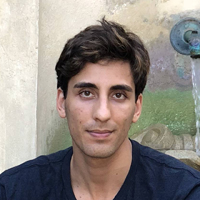 Bar Alluf ’20YC, a native of Kfar Saba, Israel, and a physics major, is conducting his Kressel research in network science, a fascinating field that attempts to describe and analyze complex systems to understand how information of any kind, such as social media news, diseases, rumors and so on, flow through a system of billions of connected components.

In his project, Resilience in Power-Law Networks and Electric Grids, he is collaborating with other scientists using a synthetic network that represents an electric grid to study the effects of cascades due to failure or attacks. Recently, he and his fellow researchers have been working on a computer simulation to understand the behavior of a network when its initial safety condition is overcome by a targeted attack.

“It is important to understand the scale of the network and the data sets we are dealing with. Analyzing so much data is a tedious process,” said Alluf, which is why he and his fellow researchers are working with Yeshiva University’s supercomputer. “We are striving to analyze the current data for exciting results and have already found out some patterns, but more work and conclusive evidence are needed.”

After graduation, Alluf intends to pursue a PhD in physics and is grateful for the opportunities given to him as a Kressel Scholar. “The Kressel Scholarship is a unique opportunity to focus my efforts on a relevant problem with complete support from the University and its faculty members,” said Alluf. “This intensive twelve-month working environment allowed me to acquire communication skills and research experience second to none, and I am assured it will be advantageous for my future carrier as a physicist.”