At an event organized by YU’s Stern College for Women Chemistry Club, Kobayashi discussed training techniques and health concerns involved in the competitive eating process. He also emphasized the importance of mindful eating. “I’m a competitive eater but also a foodie,” said Kobayashi. “I enjoy food more than the average person. When I’m not competing, I like to focus on the atmosphere and the taste and texture of food.”

As a college student, Kobayashi stumbled on his unique talent when a local restaurant held a contest to see who could eat the most curry rice. The prize: free curry rice. “I ate 5100 grams,” said Kobayashi, or more than 11 pounds. Not only did he win the free rice, but a friend nominated Kobiyashi for a televised competition in Japan that launched his career. Today, he holds Guinness world records for competitive eating in the hamburger, hot dog, meatball, pasta and Twinkie category, and won the Nathan’s Famous Annual Hot Dog Eating Contest an unprecedented six years in a row. 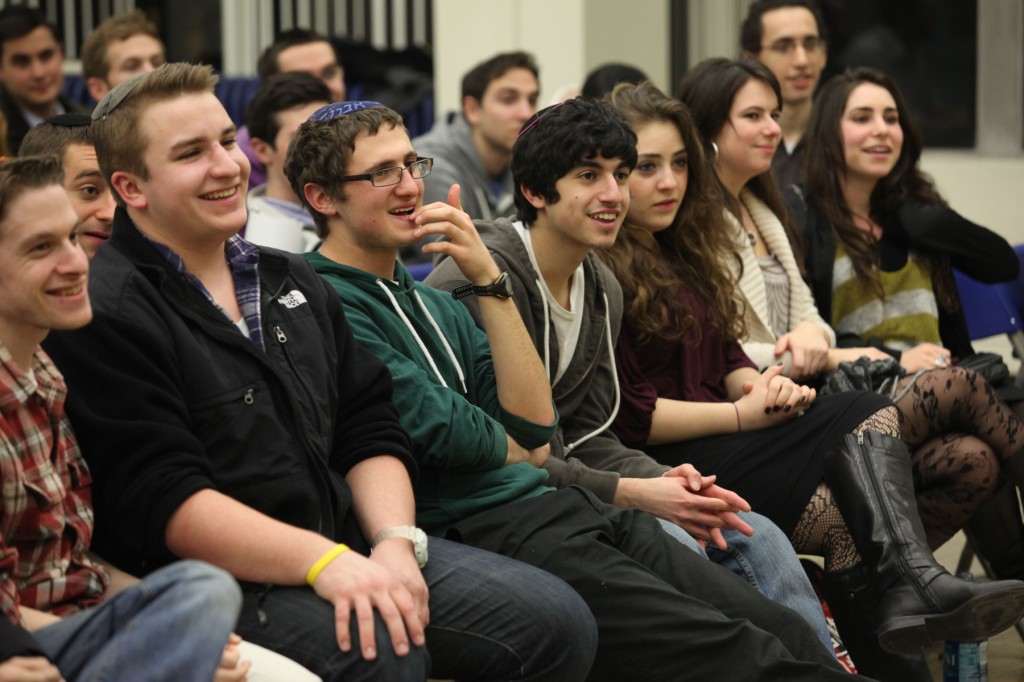 The night included a question-and-answer session with Kobayashi that covered everything from the champion’s favorite foods (yogurt and tofu) to the cultural differences between Japanese and American eaters (portion sizes). Students also grilled Kobayashi about his greatest challenge (a toss-up between eating cow brains and competing with a bear), his hero(Steven Greenberg, recently deceased manager of restaurant 230 Fifth), and the life lessons he has learned in the competitive eating arena.

“I’ve learned how important it is to enjoy the eating process,” said Kobayashi. “It’s such a natural part of being human. When you see someone who is very hungry finally taking that first bite—that’s a great thing.”

As the event drew to a close, Kobayashi helped students devour a massive hamentasch in honor of the upcoming holiday of Purim. Kobayashi donated his speaking fee from the event to Masbia, a nonprofit soup kitchen network and food pantry in New York City.

“I’ve always been a huge Kobayashi fan and follow him in competitions,” said Yeshiva College student Yossi Aharon. “Having the opportunity to hear from a celebrity on a global scale about his career is really exciting and fun.”

Emily Levine, president of the Chemistry Club and an organizer of the event, felt that Kobayashi offered students an unusual look at the applications of food science. “We brought Kobayashi in to speak because hearing from him is a unique, exciting way to introduce students to food science,” she said.

Sarah Noble, a junior majoring in art history and biochemistry who also helped organize the event, agreed. “It’s something you don’t see every day and the scientific aspect of what he does is just an incredible phenomenon,” she said.

Noble has another connection to the competitive eating champion, though.

“My dog is named after him,” she said.

Learn more about the Stern College Chemistry Club and their upcoming events here.