Meet the Musmakh: Rabbi and Physician Eytan Cowen Cares for Others’ Well-Being, Inside and Out

Rabbi Eytan Cowen of Toronto, Ontario, did not set out to become a rabbi. 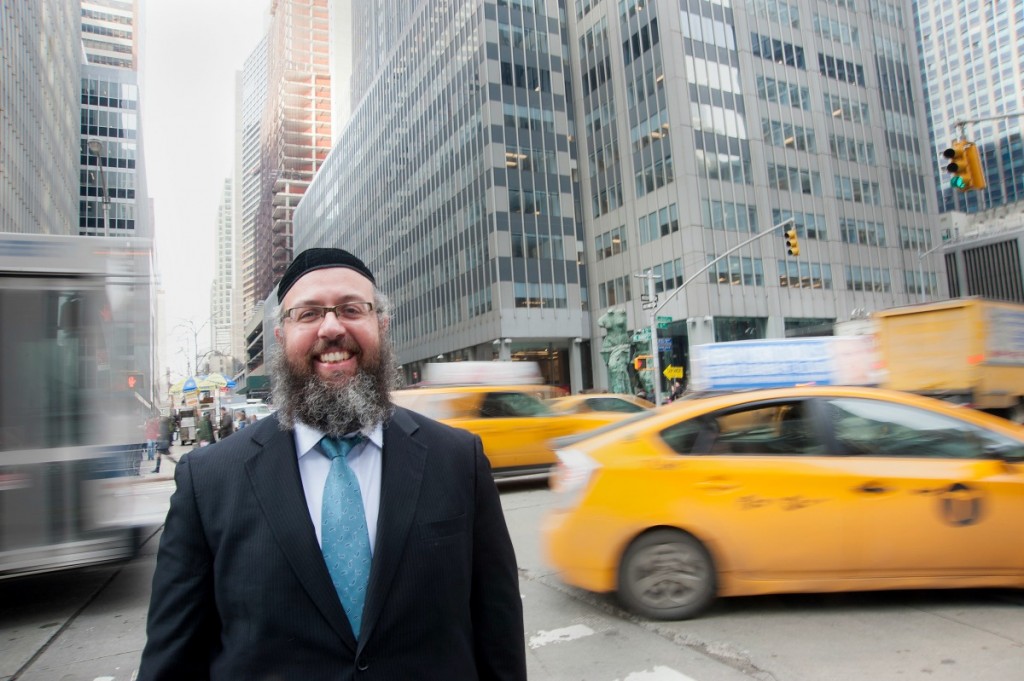 He always knew that he wanted to help others—but he interpreted that desire as an imperative to care for their physical well-being. So, inspired by his parents’ altruistic example, he attended the University of Toronto and went on to graduate from medical school with a specialty in naturopathic and integrative medicine. An active member of Hatzolah Toronto, Cowen maintained a solid learning schedule in the Kollel Dirshu as he devoted the next 10 years of his life to building up his practice in Toronto, together with his wife, Sy Syms School of Business graduate Caroline Sarah Bitton, and their children.

But something was missing. “I felt I could and needed to do more,” said Cowen. “Making a difference in the spiritual realm by being involved in avodas hakodesh [holy work], in addition to making an impact in the physical realm as a doctor, seemed like a challenge but made sense to us.”

Cowen decided to undertake rabbinical study at RIETS and, “like a caravan of old,” his family began the journey south. His wife was able to transfer to a New York-based position in her accounting firm, and even her parents moved to be closer to the family.

At RIETS, Cowen enrolled in the program’s Sephardic studies track. “It was amazing to forge a kesher [connection] with great talmidei chachamim [scholars] such as [Maxwell R. Maybaum Chair in Talmud and Sephardic Halakhic Codes] RIETS Rosh Yeshiva Rabbi Eliyahu Ben Haim, who I was privileged to sit and learn from every day for four years,” said Cowen. “Drinking from that wisdom and experience was so much more than I could have expected in a semikha program. I am extremely thankful and full of hakarat hatov [gratitude] to [former RIETS Dean] Rabbi Zevulun Charlop and Rabbi Chaim Bronstein for giving this ‘alter bachur’ [older student] an opportunity to grow at RIETS.”

After completing his semikha studies, Cowen and his family relocated to Indianapolis, IN, where he served as rabbi of the Etz Chaim Sephardic Congregation for two years. “As it was a congregation with a hundred years of history, it was a privilege for us to serve the needs of the community and gave us a stark look at the realities of Jewish life in the ‘out-of-town’ world in the United States,” said Cowen. “It was truly all outreach Judaism, all the time.”

Cowen finally returned to Toronto, where he serves as part-time rabbi of the small but growing Sephardic congregation Tiferet Israel and restarted his integrative medical practice. “My long term goals include expanding my role with the congregation I now lead by providing greater educational programming, combining the worlds of Torah and medicine in new ways, and being an example to our children. Toronto may not be our last stop, either – I’ve always told Sarah that I hope to one day return to teach or be involved with the Sephardic semikha program at RIETS.”

All in all, though his career path has taken a vastly different shape than he expected, Cowen is happy with the way it’s unfolded. “There could have been no better preparation than the education I received at RIETS to inform me as I travel the road I’m on today,” he said. “The resources that it provided and continues to provide to assist my congregation, the yarchei kallahs, and the access to the Roshei Yeshiva are a lifeline that I use constantly. The professional training was priceless and even in my role as a physician, the sensitivity and awareness you can only acquire through semikha studies is beyond value in today’s world.”