For New Student at Wurzweiler, A Quest to Improve Lives

This January, Mark Fishman is making the trek from sunny Los Angeles, California, and a career in sports writing to New York City and an MSW program at the Wurzweiler School of Social Work. “For about a year now, I’ve been thinking about making a career change,” he explained, “and it’s finally come to fruition.”

As an undergraduate at the University of Southern California (USC), he started as a music major but then switched to psychology. “I wasn’t quite sure what I wanted to do with it,” he said, “but when I started taking more clinically oriented classes, I ended up doing an internship at an outpatient mental health facility in Santa Monica, where I grew up, and that ended up being a powerful experience.” 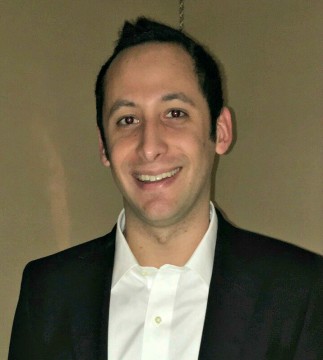 called Step Up On Second, is a non-profit that assists those suffering from severe mental illness with diagnosis and treatment, counseling, vocational training, hot meals, government services and housing. In most cases, the majority of people that walked through the doors were homeless.

He learned several important things from that experience: “Homelessness is a complex issue and a homeless person’s state isn’t just a reflection of his or her life but of our society as well.”

But Fishman wasn’t sure yet how to translate that passion into a profession, so his search for a vocation brought him back to a different life-long love: sports. “One thing to know about me,” he explained, “is that I am a rabid sports fans and have been since I was six or seven years old – for me, it was Shaq and Kobe and the Lakers out here, and that’s what really captured my imagination. The first thing I do when I wake up in the morning is to check out what’s going on at ESPN.com, and that’s probably what I’m going to do for the rest of my life.”

If not a career in psychology, he thought, then perhaps one in sports. “I became a sports writer because I had this encyclopedic knowledge about the subject and thought I might put it to some use,” which he did by landing a job writing for Fox Sports and its various websites less than a year after graduating. “All of a sudden, I was getting paid decent money to write every day about a topic I loved.”

Initially, it was a fantastic job, but writing about sports for 10 to 12 hours a day without much contact with others was not personally fulfilling. “At the end of day,” he said, “it was clear I was never going to derive the meaning and emotional gratification from sports writing that I craved for in an occupation.”

But Fishman remembered finding that kind of satisfaction before, when he was a psychology student at USC. “Part of my original intention in studying psychology was to learn how to eventually make an impact with people,” he recalled. “I love nothing more than when the walls that people put up all of a sudden wash away and you get a glimpse of how someone actually is. I think it’s a really incredible thing.”

He knew he had found the direction he needed. “If you ask me what is the meaning of life: human connection, that’s about it. What sounds better in comparison? Writing 750 words on why the Dallas Cowboys are 11 and 2 or connecting with someone at an emotional level and helping them improve their lives a little day by day? I know which one is important.”

He came to New York to look for an MSW program in part because he wanted to test out what living in another part of the country was like and also because he had family and friends in the city. “The only thing that intimidates me about the move is the cold! When I was in the city finalizing the lease on my apartment on the Upper West Side, I actually saw the snow fall for the first time in my life.”

In addition to Wurzweiler, he did scout out other top social work programs.  “Wurzweiler was the very first one I looked at, and it by far made the strongest impression on me” he explained. “In the first five or 10 minutes there, I immediately felt that this is the right place, a gut instinct, a place where I could flourish and learn the things I need to learn. And I was also impressed by how close-knit it felt– I feel like there’s a great deal of personalized attention: they care for you when you’re there and care about you after you leave as well.”

The fact that Wurzweiler was part of Yeshiva University also made a difference. “I am Jewish, but I’m not religious at all. But there’s no denying that being Jewish has shaped my identity, and I felt comfortable there immediately, like it was written to happen.”

He begins his new adventure in just a few weeks, and the excitement in his voice is palpable. After he gets his degree, he’d like to go into private practice and work with young people. “Our tween and teens need help because it’s really hard figuring how to be a human being these days. I’ve been helped by therapists and social workers, and I’ve seen how they can have a powerful impact on someone’s life, and that’s what I want to do.”