One night, as Ethan Gipsman, a light machine-gunner in the Israeli Defense Force (IDF) from San Diego, California, stood guard over a group of suspected terrorists in the West Bank, one of them asked him a surprising question: What was Ethan, an American, doing there? “He said, ‘I thought America had everything,’ ” Gipsman recalled. “ ‘Why would you leave your country to come here?’ ”

Gipsman thought about his answer for most of the night before replying, in a mixture of Arabic, English and Hebrew, “There is only one Jewish country in the world. I left America because, as a Jew, I have an obligation to protect it.”

His answer resonates strongly with several lone soldiers—enlistees from America and countries around the world who come to Israel to serve in the IDF—who, like Gipsman, recently began their studies at Yeshiva University.

For Daniel Gofine, a member of the Givati Brigade from Toronto, Ontario, it made no sense that the Israeli friends he studied alongside in yeshiva in Israel should bear any more responsibility than he did to serve the homeland all Jews shared. “I felt it was an important way to contribute to the country,” he said.

Shmuel Goldis, a sharpshooter from Hollywood, Florida, agreed. “Teens in Israel get drafted because they’re citizens of Israel—but we are all citizens of Israel,” he said. “Why should they put their lives on the line on a daily basis as I sit back, safe on the sidelines?”

This summer, Goldis and fellow recruit and YU student Jonathan Sidlow had the opportunity to live up to those ideals as they headed to the front lines of the war in Gaza—an experience few 19-year-old college students in America can envision.

“When we were going in, it looked like a thunderstorm,” said Sidlow, of North Woodmere, New York. “I wondered when I’d see my family again or if I’d make it out, but at the same time, I didn’t want to be anywhere else. We are in the same place that the Maccabees were, the same place that Jewish warriors have been in every era.”

For Goldis, too, the war has been both surreal and deeply spiritual. “At night it’s pitch dark—all you hear is the whistle of mortars going past and sirens going off, all you see is the flashes of artillery fire,” he said. “It’s a sight I’ll never forget. But you also really see the hand of God, the open miracles, and you realize He has to be with you every step of the way or you would never make it.”

In particular, Goldis remembered a town where, again and again, he and his unit narrowly missed setting off underground explosive devices in the area they were working on, each time by the smallest of margins, before entering a house that they didn’t realize was also rigged with explosives—which, for reasons Goldis still doesn’t understand, never went off. “It’s really something that will take awhile to fully grasp—both that I was in there, that I had the honor to be able to undertake this for my country and people, and that I was in a war zone where things could have gone south at any moment.”

YU Vice President for University and Community Life Rabbi Kenneth Brander, who has a son currently serving in the IDF, noted that “one of the most emotional experiences I had this summer was going to Bach Golani, the Golani training base in Northern Israel, to drop off our son Yosef after a weekend he had spent with us in Jerusalem. To my amazement, the soldier that opened the gate was a YU student on a leave of absence to serve in Tzahal [IDF]. I soon realized that on this Golani base there was a minyan [quorum] of YU students.” 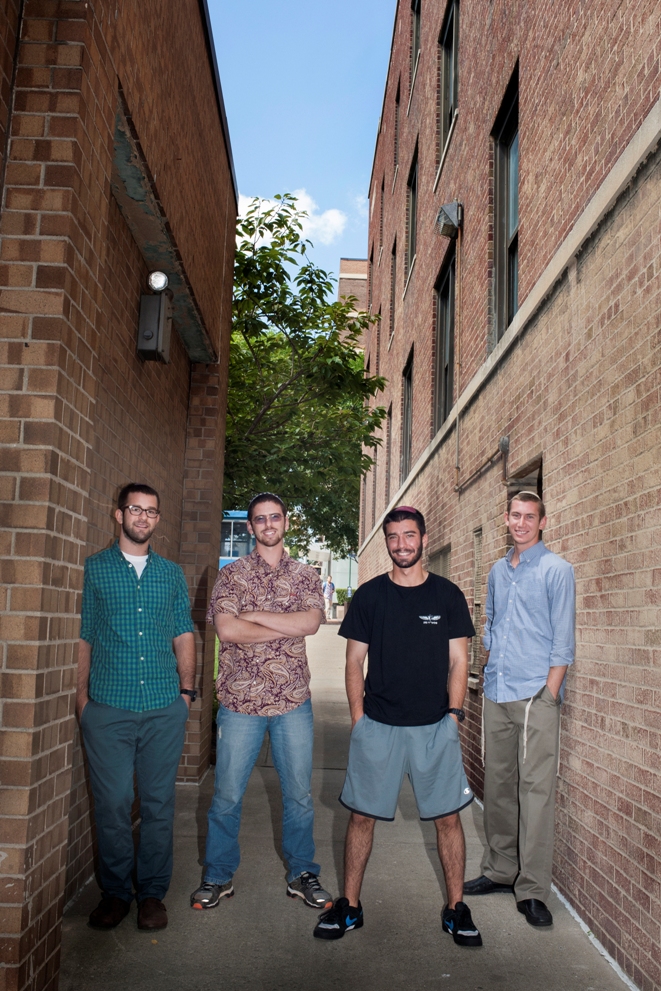 For many of these students, transitioning from a life of 24/7 training and danger in enemy territory to taking notes in an air-conditioned classroom alongside their friends is a mixed blessing. “I spend a lot of time still thinking about my friends and my commanders and asking them to update me,” said Sidlow. “Knowing what they’re up against, I don’t know if I could handle them going back in and not being there.”

However, they’re still excited to learn and grow in an atmosphere that embodies the Torah values and passion for Israel that have shaped their journey. “I was attracted to the opportunity that YU presents to study both Jewish and general studies in a great city,” said Gofine, whose two sisters gave him rave reviews of their time at Stern College for Women. “I’m also looking forward to developing close relationships with faculty since the classes here are small and allow for a more intimate class setting.”

Both of Goldis’s parents attended YU schools, so for him, it’s about both continuing a legacy and maintaining close ties with his identity. “In Gaza you see miracles all day,” he said. “Why would I want to go somewhere else and lose any bit of that sense of God being with you all the time? YU is the only place that combines these great secular academics with God and Torah.”

But that’s not all he’s excited about.

“I’m looking forward to playing some baseball, trying out for the team,” Goldis said. “Hanging out with my friends and just taking advantage of all YU has to offer.”