A common spirit runs throughout Yeshiva University: the mandate to matter.

Students of all ages and backgrounds come here to pursue a range of professional and personal dreams, from scientific research and medicine to law, Jewish education or public policy. Our students seek to harness their unique talents and YU education to make a lasting impact on the world around them. This spring, when they graduate from YU, these new alumni will hit the ground running.

In the weeks leading up to Commencement, YU News will feature one remarkable graduate from each school, reflecting, in their own words, on their time here, their passions and their dreams for the future.

What was your most memorable college experience?

In my first year at Yeshiva University, I started taking classes at the Philip and Sarah Belz School of Jewish Music, which specializes in academic musical education. It occurred to me that it would be interesting to create a club that would provide the student body with practical musical education as well. So I spent the summer pulling together ideas in music theory that had hands-on applications to the processes and techniques of musical composition. I collaborated with a few other students to form a club that could use this foundation as a springboard for members to compose their own work—the Songwriting Club.

I’m very academic by nature, so creating my own “theory of songwriting” was the most memorable experience for me. But launching the club itself, moderating the discussions of its members and watching it take on a life of its own has also been a once-in-a-lifetime experience.

What made the deepest impact on you?

Over the past winter break, I travelled to Moscow with a group of fellow YU students. I acted as translator while other members of my group taught Judaism and English to a group of Jewish high school and middle school students. I’m not extremely outgoing or loud, but I learned very quickly how to command the attention of large groups of people and keep things running smoothly.

Behind the scenes, I was also glad I had a voice in deciding what activities to run. As a baal teshuva, I connected with these kids in a way that counselors who had been born religious were unable to, and my input helped create a style of programming that better spoke to the kids.

What’s the most important thing you learned during your college career?

The most important thing I have learned is how to write well. In my First Year Writing Seminars, Professors Gillian Steinberg, Paula Geyh and Ruth Bevan drilled into me the idea that academic writing doesn’t have to look like a thesaurus having a panic attack. Simplicity in writing, I learned, should not be confused for simplistic writing. Over four years of visiting the Writing Center, I caught on to techniques such as pre-writing, close reading and summarizing your ideas out loud. Eight semesters’ worth of courses have also honed my ability to find, present and elaborate on evidence clearly and concisely. 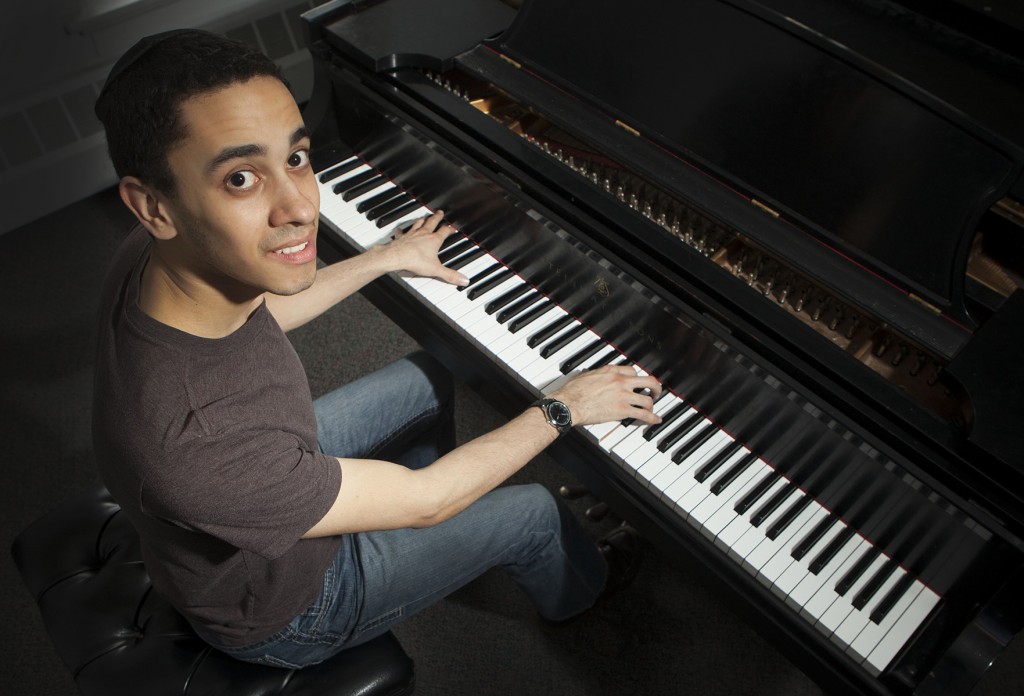 What accomplishment at YU are you most proud of?

My biggest achievement would be the thesis I am writing and will present to the New England Political Science Association at its annual meeting in May. Over the course of my college career, I have been brainstorming ideas for my thesis. All I knew was that it had to be fascinating, it had to strike at the heart of political science and it had to put forth empirical arguments. I decided to research the development of “self” and “other” in political thought, with their electoral impact acting as the paper’s empirical element. My hypothesis is that the Self-Expansion Model—which argues that people achieve control, or at least the perception of control, over their environment by expanding their sense of “self” to include the “other”—is an accurate predictor of close presidential elections in modern American history.

What are you passionate about?

It would be a dream come true to compose a powerful song! After so many short years of learning and analyzing great compositions, I have grown curious to know what my compositions would sound like. Music plays such a big role in my life—from psyching me up for a new day to relaxing me after a long one, from giving me a few minutes of escape to providing an ambient background for research. I want to see what I can create on my own. The works of John Williams and Bear McCreary are my foremost influence and inspiration. These two composers created pieces that are deeply classical yet incredibly commercial. They taught me that it’s not enough to just compose something; you have to compose something with impact.

What will you be doing next year?

I just received a $50,000 scholarship to Colorado Law at the University of Colorado-Boulder. I’m hoping to earn my JD, as well as a master’s in Public Administration while I’m there. Afterwards, I will pursue a legal career.

Why did you choose YU?

I chose Yeshiva University because it is more than a university and more than a yeshiva. As the flagship of Modern Orthodoxy, YU has a global perspective that I could strongly relate to and am proud to have been a part of.