The goal of the hackathon was twofold: give teams of students the opportunity to create an impressive technical project that would strengthen their skills in software or hardware engineering and to bring the computer science community together so they can work with, learn from, and network with other students.

Aside from just coding, the hackathon involved games, meals (including a Chinese food midnight dinner!) and workshops given by alumni. The workshops were:

Various recent grads also walked around to serve as mentors for students to help them code their projects. 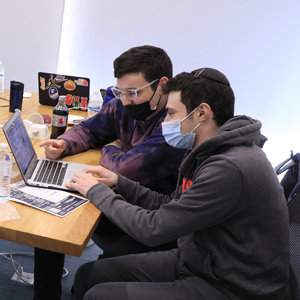 The theme of HackYU2021 was Technology & Education. Yeshiva University, as well as universities across the globe, transitioned to virtual schooling. Participants were prompted to take their experiences over the past year and a half and build something to make online school better. Over 60 students came in-person, and about 20 more logged in virtually.

I had the pleasure of opening the event by welcoming all participants and thanking my fellow HackYU2021 organizers, the computer science students, and Yeshiva University and President Berman for creating an environment where students can achieve success in Torah and secular studies without compromising on either. I felt, and still feel, that the hackathon was a testament to the excellence of the CS departments at YU and expressed my gratitude for the YU has given me.

President Berman then spoke, thanking all the students who organized the hackathon and observing that innovation in computer science is a form of Imitatio Dei, an imitation of G-d. By creating and developing new projects that improve the world, he believed that we are fulfilling the Jewish commandment of improving the world around us. President Berman stayed to speak to student teams and organizers, mentors, and workshop instructors. His presence meant so much to students, and everyone laughed when President Berman joined us in enjoying the midnight Chinese dinner. 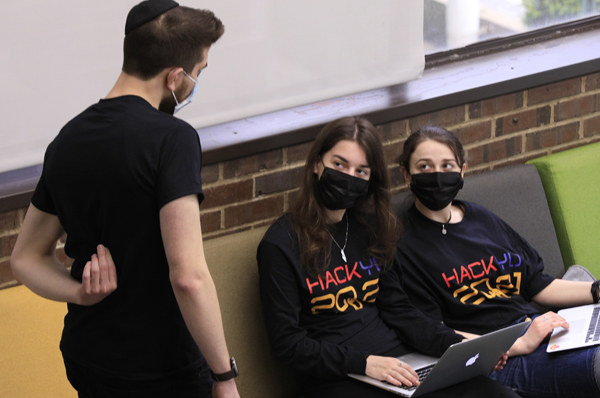 Students stayed late into the night coding. Most students did not leave for sleep until well after 2 a.m., and some students stayed awake working on their projects the entire evening. Our judges arrived at 1:30 p.m. on Sunday to judge the projects, many of which were quite creative in meeting the hackathon challenge:

The judges chose 5 finalist teams to present to all the participants. Here are the three winning teams:

The event closed at 3:30 p.m., with the exhausted students very proud of what they accomplished. Lily Polonetsky ’22S closed the event by thanking all of the participants.

Nathaniel Silverman ’23YC, a member of the first-place team, summed it up well for everyone there: “The 2021 YU Hackathon was an amazing experience like none other. During the event, I spent the entire night working alongside the rest of our team to build our project, further integrating technology to improve education. We all worked hard throughout the competition, learned a lot, and became more skilled as developers. Working together as a team to deliver a completed project in less than a day is one of the greatest feelings I’ve ever experienced. I want to thank everyone involved in putting together the hackathon and for creating such a fun environment filled with creativity and innovation.” 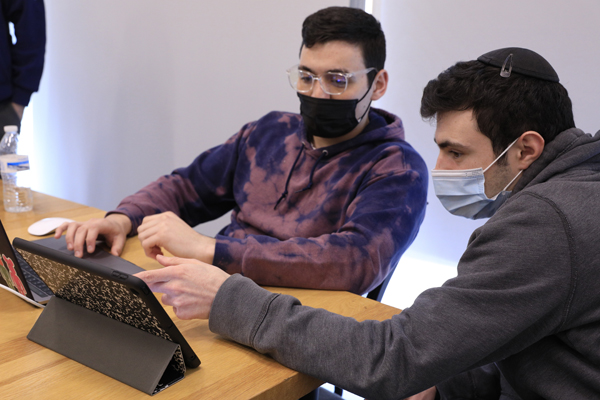