at Yeshiva University, is featured in the documentary.””] 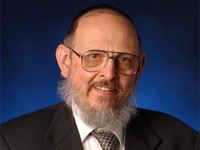 Sep 22, 2008 — Yehudis Adler, who graduated from Yeshiva University High School for Girls in 1999, set out to identify the causes of the growing numbers of single Modern Orthodox Jews on Manhattan’s Upper West Side in her film Unattached. Her movie, which is available on demand on the Documentary Channel , takes a “tragi-comic look inside this alternate dating universe,” Adler said.

Adler, who commonly goes by the moniker “J.J.”, said the most challenging aspects of making this film were getting people to speak on camera and trying to generalize about such a broad population. She was able, however, to draw on the experience of Rabbi Yosef Blau, mashgiach ruchani [spiritual advisor] at Yeshiva University.

“Besides being incredibly well-spoken and sympathetic toward problems facing observant singles, Rabbi Blau offers some key insights in the film,” said Adler. “Among them is the idea of the disparity between the way the sexes are educated about gender roles in the yeshiva system and how this may be a contributing factor.”

Unattached was supported in part by A&E IndieFilms, and is a 2008 Student Academy Award Winner and a Jury Prize winner at the 2007 Palm Springs International Festival of Short Films. It has played at a number of film festivals around the country and is scheduled to be shown at the Jewish World Eye Film Festival in Israel this October.

Adler is the editor, post-production supervisor and director at The Onion’s Onion News Network, and recently completed principal photography on her latest project, New Media, starring actor John Rothman, who appeared in Prime, The Devil Wears Prada, and United 93.

To find the Documentary Channel (available on the DISH Network) in your area, click here.