Dr. Jess Olson’s course “Modern Jewish History: Jewish Life and Culture in Berlin and Beyond,” explored the dynamic evolution of modern Jewish history both in Berlin and in Europe as a whole. Dr. Elizabeth Stewart’s course, “Cities of History: Literary Weimar and Visual Berlin,” focused on Weimar, a European cultural center for literature, philosophy and music in earlier times, and examined Berlin through the prism of film.

From June 23-July 7, the students traveled to Berlin, Dresden, Leipzig and Weimar, where they visited historical and cultural sites around the cities that brought the classroom lessons to life.

“Students benefit from going out and seeing the world and it complements what they learned in the classroom very well,’’ said Dr. Gabriel Cwilich, director of the Honors Program, who accompanied the group on the trip. “It also expands the horizons of the students by giving them the opportunity to visit the Jewish community there, meet the youth and get a feel for the culture of the city.”

Dr. Maria Negroni of Sarah Lawrence College, an expert on German romantic poets and German expressionist film, also joined the teaching team and traveled abroad with the group, sharing the knowledge she gleaned from authoring more than 20 books of poetry, novels, essays and literary criticism on German romanticism.

“It was intellectually satisfying to be able to study the subject matter in New York and research it firsthand in Europe with experts in the field from Yeshiva University,” said David Jasphy, a Yeshiva College student studying political science.

For Jasphy, who is writing a research paper for the course on “German Nationalism through the prism of Nazi architecture and Richard Wagner’s Ring Cycle operas,” the trip was a great way to learn extensively about the subject and gain access to additional resources. 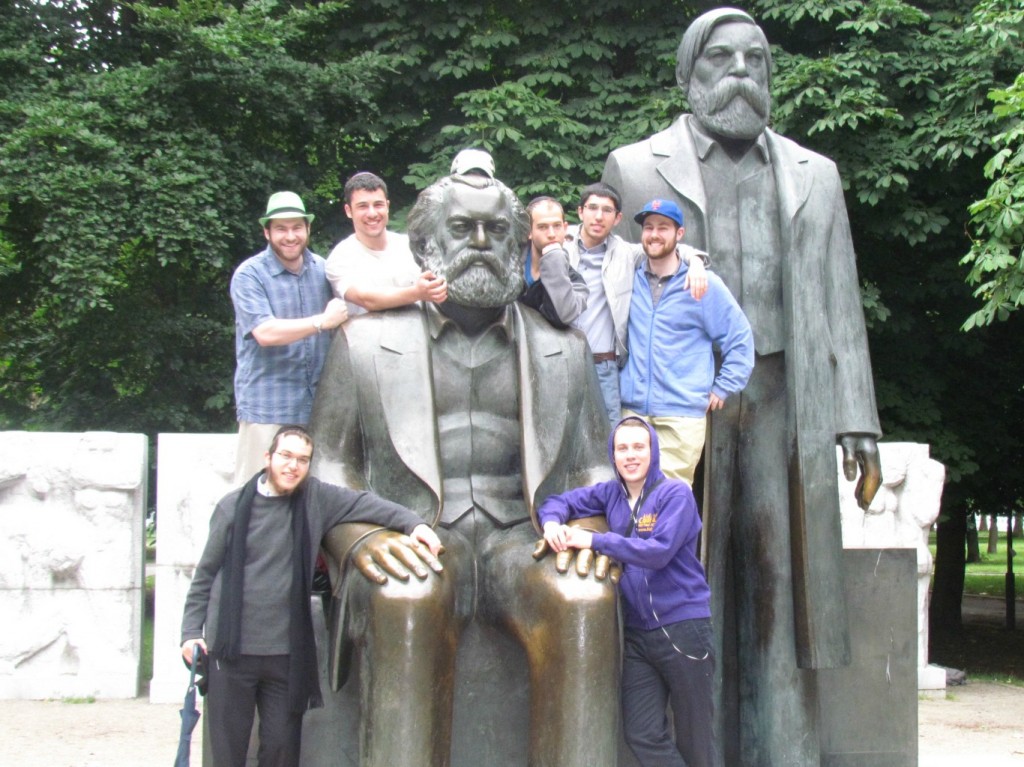 “Dr. Cwilich gave us the liberty to tour the city on our own in the evenings and some afternoons, and I found an unbelievable amount of information and resources that I could include in my research paper,” he said.

Among the places that the group visited was the world-renowned Pergamon Museum; the Ku’damm, a famous Berlin avenue filled with shops, houses, hotels and restaurants; Rathaus, Berlin City Hall; the Judische Museum designed by Daniel Libeskind, architect of the new World Trade Center; the Film Museum at the Sony Center; House of the Wannsee Conference, where Hitler’s final solution was conceived; Buchenwald concentration camp; and the house of German writer and politician Johann Wolfgang von Goethe.

To learn more about Jewish life, the students toured Berlin’s Jewish neighborhoods and spent Shabbat in Leipzig’s Jewish community. They also visited the Chabad of Berlin, the Ronald Lauder Yeshiva, the New Synagogue and visited the burial site of German-Jewish philosopher Moses Mendelssohn, father of the Jewish Enlightenment.

“The trip was a terrific success,” said Olson. “Studying in-depth Weimar and interwar German literature and film as well as the unique history of German Jewry, YU students experienced firsthand the rich history of Berlin, Weimar, Dresden, Potsdam and Leipzig, while at the same time encountering firsthand the complex Jewish life of contemporary Germany.”